Penang police give thumbs up for e-bicycles

PENANG police will now patrol busy streets using cool electric bicycles. They will be the first to use these bikes in Malaysia.

Each e-bicycle costing RM3,680 can last up to 50km with a speed of 25kmph before it needs to be recharged for four hours.

It can be switched back and forth from an electric mode to manual by just starting to pedal. 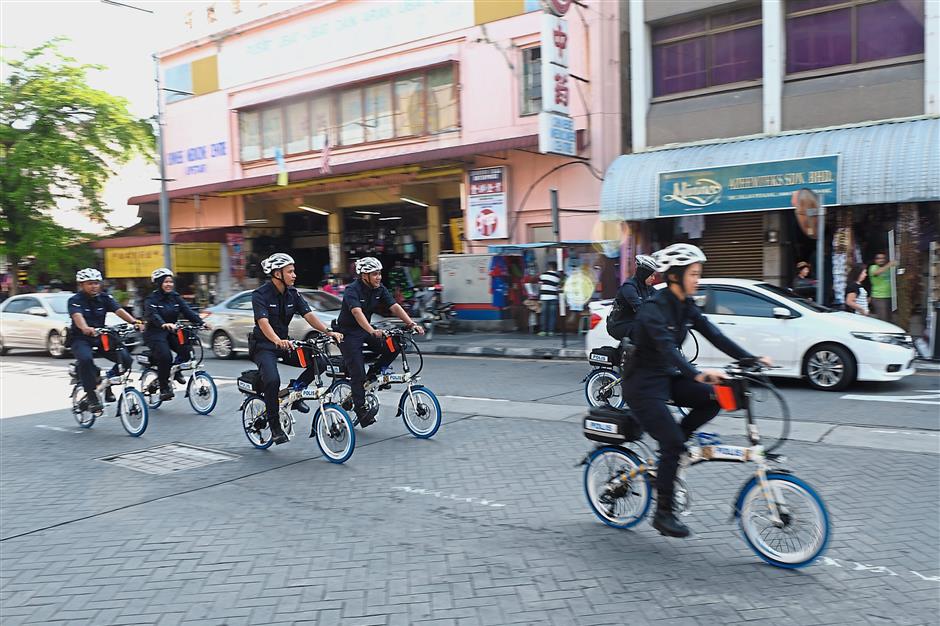 “The e-bicycles can help us monitor popular tourist areas and busy roads with ease compared to bigger and motorised vehicles.

“They will improve our response time in crowded areas and help expand our patrolling area.

“Our first task is to carry out stop-and-talk sessions with the people,” he said during a handover ceremony at the state police headquarters yesterday.

Comm Chuah said the pilot effort was a private initiative, adding that they would study the impact for a month before submitting feedback to Bukit Aman. 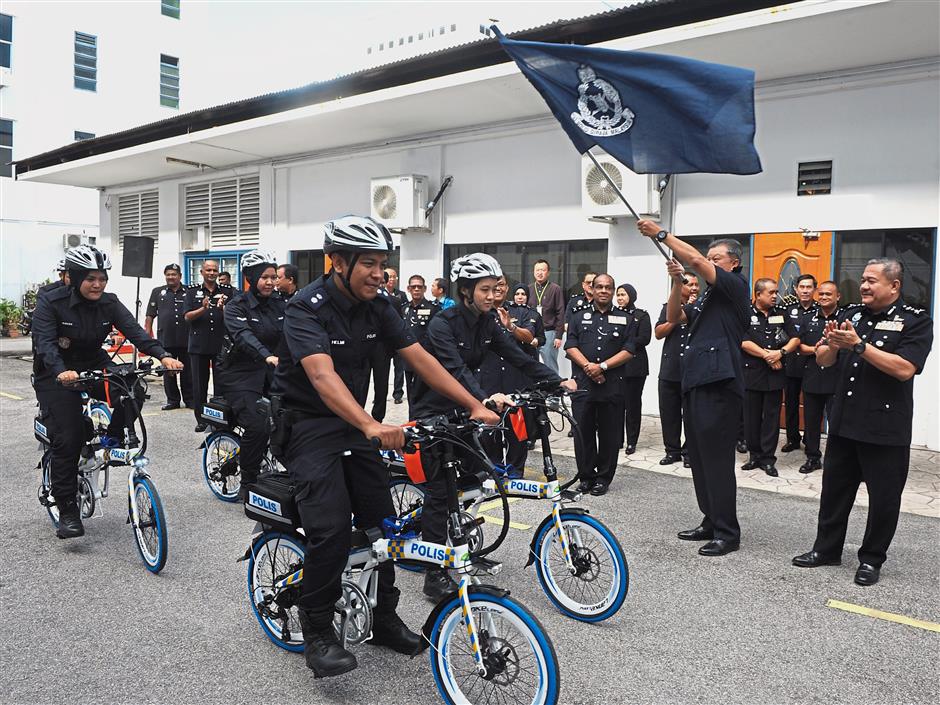 Comm Chuah flagging off a police e-bike team. With him is his deputy Comm Datuk Roslee Chik (right).

“The Federal Government did not fund the project. It is a corporate social responsibility move by companies who want to help in crime prevention.

“If we find it has positive impact compared to using manual bicycles, we will suggest that the Federal Government look into implementing the move for the police force in the whole country.

“The Penang Crime Prevention and Community Safety Department will send a monthly assessment report to Bukit Aman,” he said.

Comm Chuah said the project was also in line with the force’s aims to have trim and fit cops as well as the ‘Go Green’ initiative to have less carbon emissions.

“With the e-bicycle, our cops can pedal manually and switch to the e-bicycle mode when needed, especially going uphill,” he said.