A walk that features popcorn and movie 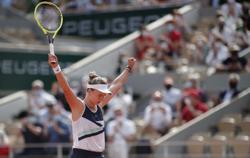 (Above) Participants of the inaugural Popcorn Walk got to sample a variety of popcorn.

The popcorn-themed carnival gave the participants a chance to sample a variety of popcorn and they set up a few booths for games such as basketball and coconut bowling.

Jointly organised with The Walt Disney Company, the GSC Popcorn Walk brings to life the festivities seen in Coco in all its colour, costumes, and culture.

“By partnering with Disney, we are able to bring the world of Coco to life for movie-goers, and give families a bonding time while sampling our range of Shake Shake Popcorn,” said GSC senior marketing manager Lionel Loh. Participants, especially young fans of animated films ’Frozen’ and ’ Coco’ got a chance to pose with their favourite characters from the two movies during the event.

“Besides the event today, we will invest in other family-oriented offerings at our cinemas in the near future, which includes movie ticket promotional deals, and concession bundles for the entire family to enjoy,” he added.

The carnival area was decorated using all the explicit details in the film Coco and the participants also had a chance to hit colourful pinatas for candies and enjoyed live music performances by a mariachi band.

After the one-hour fun walk around the Central Park, the participants eagerly waited for the lucky draw session that promised a holiday trip and a smartphone as prizes.

There was also a dedicated section for fans of Walt Disney Animation Studios’ Frozen, coinciding with the release of Olaf’s Frozen Adventure – a 21-minute featurette that will precede the screening of Coco.

Then the participants of the GSC Popcorn Walk were ushered to GSC 1 Utama to catch the film and featurette on the same day after the lucky draw session ended.

The participants were given a goodie bag each upon entering the cinema hall for the movie screening which included an event T-shirt, Coco movie merchandise, a popcorn combo voucher and wrist tag.