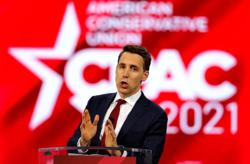 A “Saya Sudah Berikrar” card contains details on who to call for those who wish to sign up and make their organ donation pledge.

MANY Malaysians recognise the importance of saving lives, but when it comes to sharing a part of their body by way of organ donation, they hesitate.

It is a touchy question to many non-donors, but those interviewed by MetroPerak feel that it is a very personal decision shrouded in myths as there is a lack of awareness campaigns that would help dispel common misconceptions and educate the public about what they need to know.

Some also admitted that they have not pledged to be a donor simply because they have never given it much thought, or they do not know how to go about it.

Retired office administrator Cecilia Voon, 60, said she has yet to pledge to donate her organs because she does not know where to register.

“I’m unsure about a lot things, because at my age. I’m considered a senior and my organs might not be so strong anymore.

“Am I still eligible? I also don’t know if I’m allowed to pledge to donate one part of my body or whether I have to donate all organs and tissues when the time comes.

Pledged organ donors can choose which parts of their body they wish to donate after their death.


“When do they actually harvest the organs? Will it be after I die or as I’m dying? This is why I hesitate. I’m not fully convinced of the organ donation procedure and I think it would help if someone who is in the know could clear the air for me,” she told MetroPerak.

It was reported in March that Deputy Health Minister Datuk Seri Dr Hilmi Yahaya remarked in Parliament that only 1% of Malaysia’s population have pledged to donate their organs upon death.

The number, he said, is too low considering Malaysia’s population of over 30 million, compared with developed countries where donor numbers are as high as 30% to 40% of the population.

Voon related that it is a part of Chinese cultural beliefs that organ donation is a taboo because it would mean one’s remains are not intact after death.

“There are people who are traditional in that sense, but for me, the belief is there.


School assistant administrator Yusuf Abu Bakar, 56, said he feels afraid at the mention of having to donate his organs.

“Religion is not an issue, because I understand that my religion doesn’t oppose it. In fact, it is encouraged because it is considered a very good deed.

“But I’m more worried about the funeral arrangements, because in Islam, we believe that the earlier one’s body is buried after death, the better.

“How soon will people come to harvest the organs? Will they delay the burial process? These are just a few of the many questions I have about organ donation,” he said.

Yusuf’s wife, Aminah Abdul Rahman, 55, who works as a teacher, said the government should conduct awareness programmes to increase public knowledge and confidence in organ donation.

“It is good to save lives, but I think there are still many people out there like myself who are unsure about a lot of things to do with the procedure.


“We don’t feel confident enough to go through with it. It’s similar to blood donation in the sense that, before this, blood donation drives and the necessary medical equipment wasn’t widely available, unlike today.

“That’s why years back, we didn’t think to donate blood. If the government can change the people’s perspectives on organ donation like they did with blood donation, I think we will see good progress,” she said.

Sales promoter Tan Chin Fong, 21, said he finds it hard to accept the fact that his body would be “empty” once his organs are harvested after death.

“That’s why I never considered to become a donor. I just feel weird about it.

“Having an ‘empty’ or incomplete body also isn’t good, according to Chinese beliefs,” he said.

But, Tan said he would consider donating just parts of his body to a family member if they are in need of a new organ to survive.

A participant of an organ donation awareness programme taking photographs with a pair of kidney mascots. —filepic


“I would also love to help others who are in need too, but I think just donating one part of my body is the most I can agree to,” he said.

Homemaker S. Marieammah, 32, said the thought of pledging to be an organ donor never occured to her, although she admitted that it is a noble act that could save lives.

“But I don’t know where I sign up for it. If you ask me to do it now, I think it is something that I have to discuss with my family first.

“This is because it’s a very personal thing, and my family’s views play a big part in helping me make a decision on this,” she said.

Similarly, 27-year-old sales consultant Zahid Suriani said he too has never thought about donating his organs.

“None of my family members are in need, which is probably why I never thought about it.

“If it so happens that they need an organ donation to survive, I might consider donating a part of my body for them, but if it’s for people outside of my family, I don’t know about that yet.

“I haven’t experienced any of these situations yet,” he said. 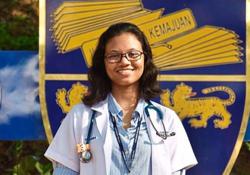 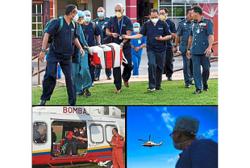