For the album: Organising committee and artists pose for the camera, in front of the 3D mural.

THE glorious past of the olden Kenyalang Community Park is now enhanced with the new 3D mural brought to you by talented artists and students from Lim Kok Wing University.

Initiated by Sarawak United Peoples’ Party (SUPP) Pending Youth, this is the second 3D mural happening in Kuching after the success of the Boulevard Enchant 3D Wonderland last year. Due to the great response, the artists were invited to Kenyalang Community Park to create another 3D mural.

The state bird, Hornbill, was a sight to behold as it flew majestically from a window while a demure looking Orang Ulu girl dances at the side. Visitors can take a chance to “join” in the dance. The 3D mural, placed strategically, can be seen from the main road. 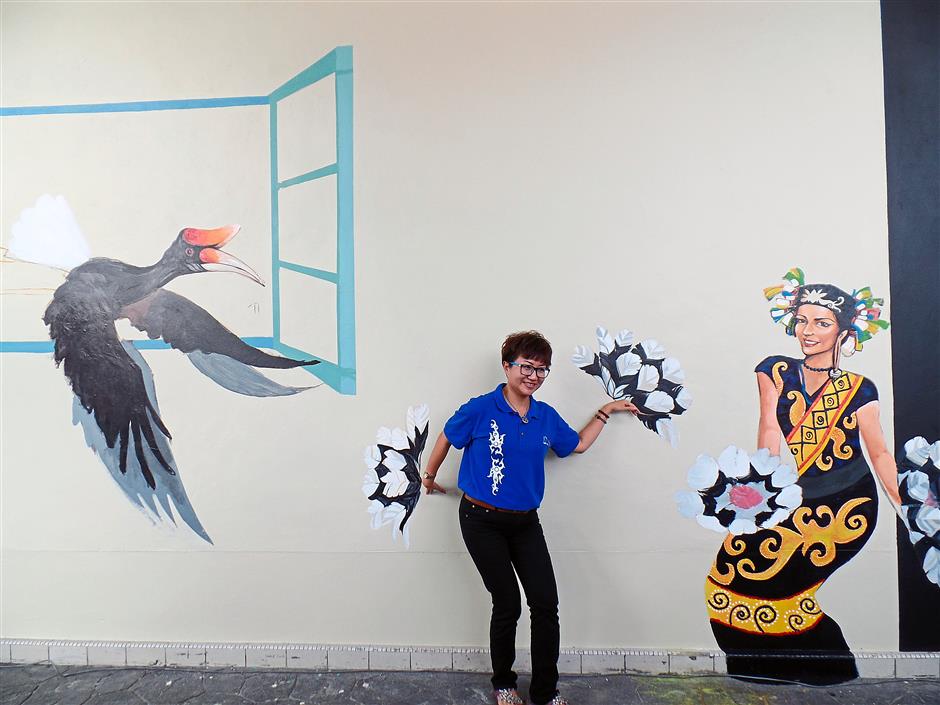 “These three artists are helping Kenyalang Park to draw few murals, they not only added a new environment but also attract people with same interest as them to come to Kenyalang and observe,” said Padawan Municipal Council chairman Lo Khere Chiang.

Kenyalang has a long-standing history as a booming commercial centre and housing estate since the 70s, with over 1,000 household living in the area. The 3D mural gives hope to the Kenyalang Park as a tourist destination in Kuching. 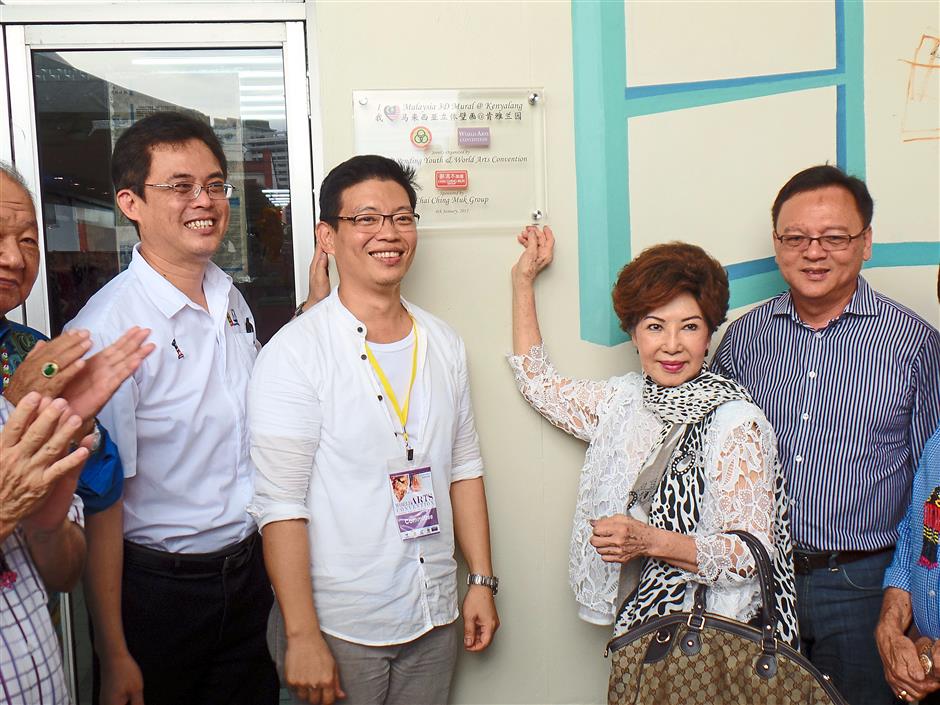 “I urge the business owners to take this opportunity to introduce more products and services for these visitors. I believe following the appearance of these murals, it will hopefully bring back the glory of the Kenyalang in the older days. So that it can be a must-see tourist attraction,” said Lo.

The artists have started drawing since 8am on Sunday and worked on it until late in the evening. Lo stated his wish for them to continue their good work in other parts of the city such as Padawan, Batu Kawah, Matang and other places in order to promote art in Kuching. 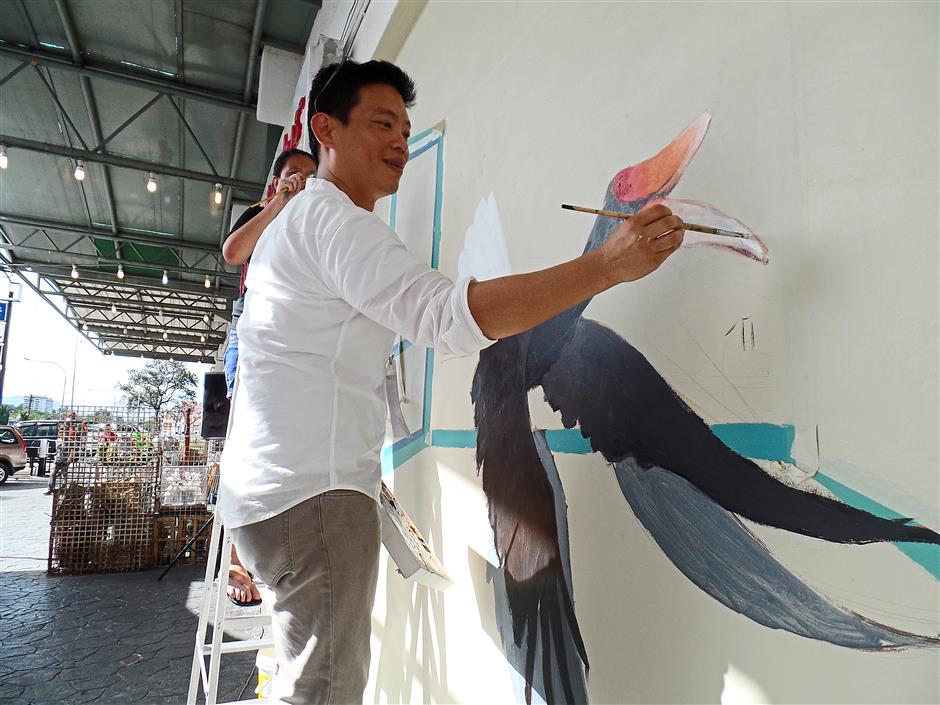 Artistic: Goh painting on the wall of Kenyalang Commercial Park.

Other than the 3D mural, a series of other activities took place at Kenyalang Community Park such as batik, beading and bamboo basket demo and colour sketching contest. These initiatives are hopefully to unleash the creativity of Kuchingnites and to spread the love of art to the public.

“Sarawak has many talented amateur artists but they are lacking the channels to allow them to display their work. Through this kind of competition, we can identify more potential artists. At the same time, displaying their work to the public,” said Lo.

He also told the audience the future of these murals depends on the joint effort of the artist, government and entrepreneurs to make Sarawak an Art Haven.