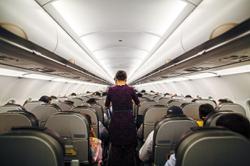 Billions of coral babies were born on the Great Barrier Reef recently, in time for the reopening of Australia.

The coincidence is seen as a symbol of regeneration and hope as the country looks forward to welcome tourists again.

"Nothing makes people happier than new life – and coral spawning is the world’s biggest proof of that. We are coming out of restrictions with a fresh leap of life just as the reef is spawning," said Reef Teach principal marine scientist Gareth Phillips.

If anything, the man's excitement for the new coral life reflects the mood of a nation emerging from Covid-19 restrictions.

"That positivity is what people are feeling. It’s the celebration of the year,” he said.

Coral spawning occurs once a year when corals release tiny balls containing sperm and eggs into the water. These float to the surface where they break open, releasing both sperm and eggs to bump into each other and cross fertilise.

“I’ve seen the corals all go off at once, but this time there seemed to be different species spawning in waves, one after the other. The conditions were magical with the water like glass and beautiful light coming from the moon,” Phillips said.

Phillips spent four hours filming the recent coral spawning event. The expedition was part of the Coral Index Project.With different sections of the reef erupting one after another, the team of six divers each watched different patches of coral.

“We went around looking for corals engorged with parcels of genetic material ready to go. Once we found a ripe coral, we watched as it took about 30 seconds for each colony to complete its spawning. It was the ultimate treasure hunt ... it was so exciting that we even grabbed the skipper and got him in the water,” he explained.

Phillips said it was a rewarding experience to see the reef give birth.

"It's a strong demonstration that its ecological functions are intact and working after being in a recovery phase for more than 18 months.

“The reef has gone through its own troubles like we all have, but it can still respond – and that gives us hope. I think we must all focus on the victories as we emerge from the pandemic,” he said.

The Reef Teach expedition was supported by Tourism Tropical North Queensland in collaboration with Tourism and Events Queensland and Tourism Australia.

Tourists will reportedly be able to enter Australia without quarantine by the end of the year, but they must be fully vaccinated. 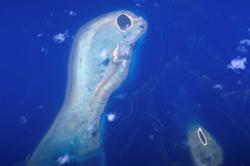 What to do about airline rage among frustrated passengers
VTL: What Malaysians need to prepare before travelling to Singapore
Adventurer Ryan Pyle goes to extreme lengths on his outdoor treks
What to see and do at Malaysia’s nine royal towns Premium
Is Covid-19 a warning for us to do better for the Earth?
Malaysia Airlines’ Enrich further extends members’ points validity and elite status
The Mediterranean offers holidays for the super rich
VTL: Airlines provide easier connection between Singapore and Malaysia
Malaysian trying to save RM100 almost missed RM5,000 flight back home
Airports council: Countries�with good vaccination rates need to reopen borders