The Langkawi tourism bubble will surely provide a much needed respite for Malaysians who are keen to pursue their wanderlust again after months of travel restrictions.

One such person is K. Aruna who immediately looked up travel booking platforms after it was announced that the tourism pilot project has been given the green light.

“Before the pandemic, I would take two weeks off in a year to travel to some place new. Now, I’m grateful if I get to travel anywhere at all, even if it’s a domestic destination that I have been to before,” she said, adding that her last trip to Langkawi was in 2017.

The sales executive said she has been keeping a close tab on the tourism bubble news since it was first mentioned last month. She is glad the government decided to go ahead with the initiative.

While Aruna is excited to travel again, she only plans to go to Langkawi in either November or December.

“I’m waiting for the hype to die down first. I’m sure many people will be visiting the island in the first few months and many places (of attraction) would be packed,” she said.

It’s worth noting that tourists who are planning to travel by land would need to to use the services of travel agencies.

“They will need to at least use the transport services provided by travel agencies from their respective starting destination to the jetty in Langkawi,” said Tourism, Arts and Culture Minister Datuk Seri Nancy Shukri during a press conference.

She added that travel agencies will help tourists to apply for permit from the police to travel to Langkawi.

“For the Langkawi pilot tourism programme ‘travel bubble’, a letter from the police was only for the purpose of interstate travel and roadblocks if they are travelling by land,” he tweeted.

“By going to these places, you would be supporting conservation and communities,” he tweeted.

That being said, the Langkawi tourism bubble has also courted some mixed reactions on social media.

“I can’t visit my parents in Negri Sembilan but I can go holiday in Langkawi? Is this a joke? Make it make sense,” said Sharifah Hani Yasmin on Twitter.

She subsequently suggested that she might just book a trip to Langkawi for her parents so that the family could reunite there.

Some travel stakeholders have admitted that the tourism bubble will not be a foolproof plan. The project is not meant to guarantee zero Covid-19 cases, said Malaysian Association of Hotels (MAH) chief executive officer Yap Lip Seng.

“It will not guarantee zero Covid-19 cases (whether in or out), but what it is, instead, is an exit plan to live with Covid-19, having understood that it will not go away,” said Yap in an interview.

Meanwhile, housewife Mary Kwan is less than thrilled about the tourism bubble in Langkawi.

“A holiday is the last thing on my family’s mind now. We are still seeing so many cases reported daily,” she said.

According to Kwan, she would rather not take any chances. Besides, she believes that the island resort will be packed with tourists in the first few months following the implementation of the pilot project.

“Let the other tourists have all the fun first. For now, I am still more comfortable staying at home and away from crowded places,” she concluded. 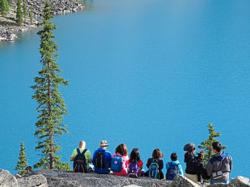