Malaysian climbers Magendran (second from right) and Mohanadas (second from left) during their historical Everest climb on May 23, 1997. — Handout

Who would have thought that the Covid-19 pandemic can make its way even to the world’s highest peak, Mount Everest?

The news of the virus reaching the Himalayas via overseas climbers is a blow for Datuk M. Magendran and Datuk N. Mohanadas, the first Malaysians to reach the summit of Mount Everest in Nepal in 1997. Their plans to celebrate the 25th anniversary of their feat in 2022 is now uncertain.

“If the pandemic is about to stay for a while with no signs of recovery, then we might just call off our plans to travel to Kathmandu and find other means to celebrate our anniversary, ” Magendran said recently.

Magendran and Mohanadas had initially planned to celebrate the silver jubilee of their climb together with fellow Malaysians at Everest Base Camp on the summit day of May 23, 2022.

Magendran, the first Malaysian to step on the majestic Mount Everest peak at 11.55am local time – 15 minutes before teammate Mohanadas – on May 23, 1997, said preparations for the silver jubilee celebrations was initiated last year. Some event management companies had showed interest in the event, and even made it a youth-centric programme. 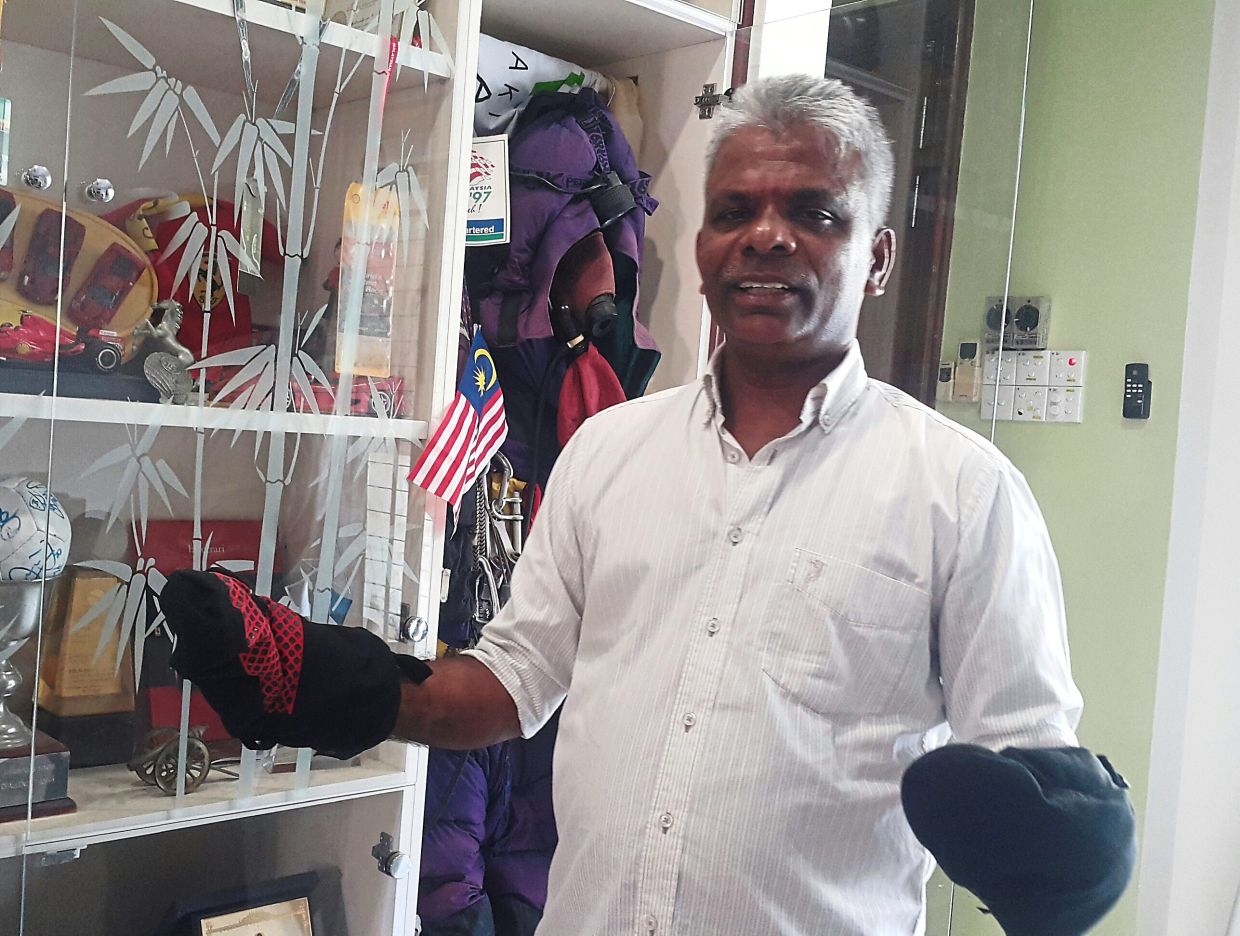 Mohanadas in 2017, wearing the gloves he wore during his expedition in 1997. — Photos: Filepics

He said the plan was to take at least 50 Malaysians to Nepal, with some trekking up to EBC and the rest putting up at the capital city Kathmandu.

However, even if the Covid-19 pandemic ends before then, it is still doubtful whether the plan will take off.

“Even if the global pandemic ends by this year, we will still (have problems) getting access for sponsorship to celebrate our anniversary as the relevant parties concerned need time to build back what they have lost in the post-coronavirus economy, ” said Magendran, 57. He is currently the principal of Sekolah Menengah Kebangsaan Taman Sri Muda in Shah Alam, Selangor.

The international media has reported a Covid-19 outbreak on Mount Everest that has infected at least 100 climbers and their support team members. Nepalese officials earlier downplayed the news that the disease has spread to the world’s highest peak.

In April, a Norwegian climber became the first to test positive for Covid-19 at the EBC. He was evacuated by helicopter to Kathmandu, where he was treated and later returned home.

The reports also say that after shutting last year’s climbing season due to Covid-19, Nepalese authorities this year have eased quarantine rules in an effort to lure back foreign adventurers, and have issued climbing permits to more than 400 people, a new record.

Magendran said that getting vaccinated is also crucial in continuing with the programme in Nepal. Magendran is the first Malaysian to successfully summit Mount Everest.

Meanwhile, Mohanadas shared that they might delay or call off the entire celebration if the pandemic situation worsens.

“We had plans to organise a 16-day expedition to EBC in Nepal to commemorate the anniversary starting from May 14 until May 29, 2022 and reaching EBC on the summit day on May 23.

“But this depends on the international travel restriction and the reopening of borders by the respective governments, ” he said, adding vaccination is important for climbers as a preventive measure to avoid the risk of being exposed to the deadly virus.

Nepal depends mostly on overseas tourist arrivals and mountaineering clients and despite challenges imposed by the pandemic, it has issued 408 permits this year as no mountaineering was allowed since March last year.

Reminiscing his Everest expedition in 1997, Mohanadas said he was elated with the kind gesture shown by Prime Minister Tan Sri Muhyiddin Yassin, who was the Youth and Sports Minister back then. Muhyiddin had flown to Kathmandu to greet the whole expedition team members after their climb.

“Muhyiddin, who was spearheading the Malaysia-Everest 97 project, also held a joint press conference with the Malaysian Mountaineering Association and expedition team members at the Subang Airport (Selangor). He (Muhyiddin) announced that a roadshow would be held throughout Malaysia to share team members’ experiences reaching the Everest peak, ” added Mohanadas.

As for Magendran, it was a memorable experience for him and his fellow team members returning to Malaysia on the same flight with Muhyiddin after completing their expedition.

“Muhyiddin hosted a victory dinner for us in Kathmandu and later a mountain flight was arranged by the trekking agency to give him and the rest of the team members an aerial view of the mountain, ” he said. – Bernama 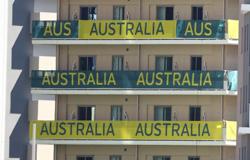 Museums in Penang hanging by a thread amid the pandemic Premium
Travel tips at the airport in a post-pandemic world
Paris aims to launch midnight train to major European cities by 2024
Sabah mountain guides turn to farming to generate income
Langkawi targets tourism growth in Q4
What�does it take to restart tourism in Malaysia and all over the world?
Malaysians need to reconsider the way they pack for a post-pandemic holiday Premium
Tokyo Olympics 2020: Japanese Games mascots are too 'kawaii' to handle Premium
Preserving trams, a popular heritage in Lisbon
Malaysian experiences a special Onam festival in Kerala before pandemic