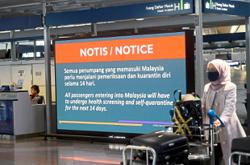 Pakistan’s state-run airline announced recently it will ground 150 pilots on charges they obtained their pilot licences by having others take exams for them. — AP

Those who are hesitant about boarding an airplane amid Covid-19 might get some peace of mind with a new pandemic-compliant airline rating.

The ranking from AirlineRatings.com lets travellers know which airlines have implemented full Covid-19 protocols and which airlines’ pilots have been trained accordingly.

Apart from that, the product rating website has also introduced a more refined safety rating system focused on passenger health during the pandemic and offers an insight into crucial flight outcomes on hundreds of carriers.

AirlineRatings.com editor-in-chief Geoffrey Thomas said that it was concerning to find that many airlines did not appear to comply with the Covid-19-agreed standards for protecting passengers and crew.

“That is changing and our team is reviewing compliance on a weekly basis, ” he said.

For an airline to score a Covid-19 compliance star, the carrier must pass four of six criteria: Website information on Covid-19 procedures; face masks for passengers; personal protection equipment for crew; modified meal service; deep cleaning of aircraft; and social distancing on board.

While introducing the new ranking, AirlineRatings.com has refined its rating system to focus on serious incidents as a guide to an airline’s operational performance and pilot training.

In an industry first, the company has examined over 11,000 serious incident reports since 2015 to arrive at an incident rating for airlines.

Incidents and crashes account for five of its seven-star ratings.

“There is growing concern industry wide with pilot performance issues and we have evolved our rating system to put greater focus on outcomes.

“In some recent crashes, pilots have either shown total disregard for Air Traffic Control instructions, ignored repeated cockpit warnings or ignored company procedures – or, in one case, all three, ” Thomas revealed.

He added that the recent fake pilot’s license scandal has also brought into sharp focus “that in some parts of the world getting a pilot’s license can be subject to abuse”.

It was recently reported that more than 30% of civilian pilots in Pakistan have fake licenses and are not qualified to fly.

Pakistan has 860 active pilots serving its domestic airlines – including the country’s flagship carrier Pakistan International Airlines (PIA) – as well as a number of foreign carriers.

PIA has since grounded all pilots with fake licences.

The decision comes after a probe into the recent PIA crash that killed 97 people in the city of Karachi.

Malaysian airports recognised globally for Covid-19 safety measures
Cold, challenging journey for ski resorts in Canada
Hong Kong Awaits You At Sedunia Travel Online Fair
5 unique golf courses around the world you can travel to
Why more Malaysian youths are picking up golf as a leisure activity Premium
Should governments bail out pandemic-hit airlines and hotels?
Try your hand at making one of Hong Kong's best-loved dishes
How the pandemic has transformed Italy’s historic sites
Covid-19 case at Tourism Ministry office, staff to work from home
Showcasing Malaysia to the world, one vlog at a time