The Festa San Pedro, which is held annually at the Portuguese Settlement in Melaka, will not be happening this year due to the pandemic outbreak.

This year's Festa San Pedro, or the feast of St Peter, was supposed to take place for a week, starting June 29.

The festival honours St Peter, the patron saint of fishermen. Fishing was once an important source of income for the community in the Portuguese Settlement. Today, it is home to a small fishing community, who will religiously deck out their boats during this festival, and light candles in their homes to symbolise guidance (at sea) for the fishermen.

“Due to the present situation of the (pandemic) restrictions, we are not having any activities in public. However, for most of the residents, especially the fishermen and their families, I'm sure they will be celebrating in their own homes, starting with an online (church) mass and then most probably followed by dinner, ” said Danker.

The absence of the blessing of fishing boats ritual - one of the festival's highlights - will be deeply felt by the Kristang community living in Portuguese Settlement.

“Even though we are not having the blessing of the boats, St Pedro is forever in our heart. The blessing will be done once everything is clear, ” shares Danker.

At the Portuguese Settlement, Festa San Pedro is usually marked with a three-day main celebration, which includes traditional games, competitions, community food stalls and cultural performances. There is also a procession with a statue of St Peter and an outdoor church service for the Catholic community there.

The festival is one of the most important celebrations in the Portuguese Settlement, and a popular tourist attraction.

In Melaka, some 48 police officers and rank-and-file personnel from the Bandar Hilir police station, nearby Portuguese Settlement, were directed to undergo Covid-19 tests on June 22 after a detainee tested positive for the virus. 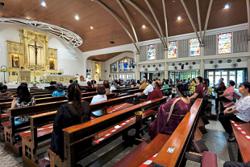 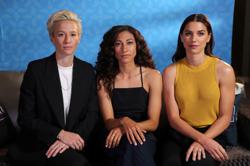