With widespread use of filters on social networks, it's becoming increasingly difficult to accept less flattering lighting situations, whether in front of a mirror or for a passport photo.

An issue that a host of TikTok users have set out to address through the "passport makeup" method – which they swear is a foolproof approach to take better ID photos.

Are you one of the many people reluctant to take out their passport or driver's license because they loathe their picture on the document?

While in many cases, it is now possible to have several takes, or even to add a filter, in order to appear in the best light in one's identity photos, the results are rarely flattering, and for good reason...

The criteria required for such a photo to be valid are increasingly strict, with a clear goal: for the individual to be recognisable in any context.

Read more: What is skinimalism, and how can this beauty trend benefit your life?

However Tiktokers are not fans of these constraints, largely favoring style over practicality – despite the movement towards more natural beauty observed since the start of the Covid-19 pandemic.

So when a user revealed a photo of her passport, which shows her made up like never before, the TikTok sphere was set alight.

For several weeks, the phenomenon hasn't stopped trending on the Chinese social network, with the hashtags #passportmakeup and #driverslicensemakeup accumulating more than 120 and 7 million views, respectively.

What does it consist of? A slew of tutorials designed to boost your beauty potential on your identity photos. An unexpected trend that we owe to the user Georgia Barratt, whose tips have already won over millions of users.

The young woman, whose passport photo has already made the rounds on the web, is said to be at the origin of the ideal beauty look for this type of photo, bringing the trend of contouring – and multiple layers of makeup – up to date.

In a video shared tens of thousands of times, the user starts by brushing her eyebrows to get a perfect line, then applies a moisturising base before tackling the most delicate – and time-consuming – part: the complexion.

It's all about applying foundation, concealer, more concealer under the eyes, and then getting back to contouring...

The idea is to camouflage all the little imperfections and 'lift' the facial features to get a flawless and radiant complexion.

Facial features are stretched, cheekbones are emphasised, and the complexion is honed in order to attract light on the points to get a highlighting effect.

All that remains is to enlarge the eyes with eyeliner – as discreet as possible so that the photo is accepted – and then to do the same with the mouth with a gloss and a pencil. That's it.

According to Barratt, this makeup look should be accepted by authorities, allowing individuals to appear at their best on a passport, driver's license, or ID card.

However not all the TIktokers are convinced by this assertion, judging from comments posted under the video.

"In theory, if you want to travel without makeup, you can't ...", says one comment.

"I prefer to be more beautiful in real life than in the photo," says another.

While many users validate this specific beauty, there are also many who point out that the young woman does not resemble the photo, and that in fact she looks better with a more natural makeup style.

Depending on the issuing authority, ID photos have varying requirements but in general there must be a likeness and usually the face must be wholly visible, hair must not cover the face, and eyes need to be fully visible and open.

In theory, Barratt's photo meets all these criteria, except, perhaps, for the resemblance.

It may be a detail for some, but it likely means a lot to authorities, who can refuse a photo that does not meet the requirements. – AFP Relaxnews

Did you know that you can create fake dimples with just a simple makeup trick? 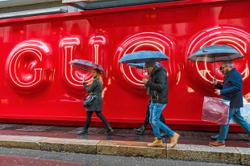 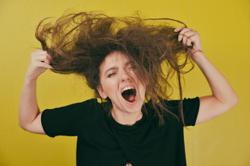