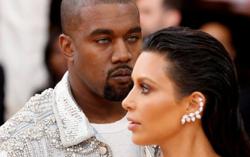 Adidas AG terminated its partnership with rapper and fashion designer Kanye West (also known as Ye) on Tuesday (Oct 25) after he made a series of antisemitic remarks, a move that knocked the musician off the Forbes list of the world's billionaires.

Adidas put the tie-up, which has produced several hot-selling Yeezy branded sneakers, under review this month.

"Adidas does not tolerate antisemitism and any other sort of hate speech," the German company said on Tuesday (Oct 25).

"Ye's recent comments and actions have been unacceptable, hateful and dangerous, and they violate the company's values of diversity and inclusion, mutual respect and fairness," it said.

Forbes said the end of the deal meant Ye's net worth shrank to US$400mil (approximately RM1.9bil). The magazine had valued his share of the Adidas partnership at US$1.5bil (RM7.1bil).

Representatives for Ye, formerly known as Kanye West, did not immediately respond to a request for comment.

For Adidas, ending the partnership and the production of Yeezy branded products, as well as stopping all payments to Ye and his companies, will have a "short-term negative impact" of up to €250mil (RM1.2bil) on net income this year, the company said.

Ye has courted controversy in recent months by publicly ending major corporate tie-ups and making outbursts on social media against other celebrities. His Twitter and Instagram accounts were restricted, with the social media platforms removing some of his online posts that users condemned as antisemitic.

He also accused Adidas of stealing his designs for its own products.

On Tuesday (Oct 25), Gap, which had ended its partnership with Ye in September, said it was taking immediate steps to remove Yeezy Gap products from its stores and that it had shut down YeezyGap.com.

"Antisemitism, racism and hate in any form are inexcusable and not tolerated in accordance with our values," Gap said in a statement.

"The saga of Ye ... underlines the importance of vetting celebrities thoroughly and avoiding those who are overly controversial or unstable," said Neil Saunders, managing director of GlobalData.

Adidas poached Ye from rival Nike Inc in 2013 and agreed to a new long-term partnership in 2016 in what the company then called "the most significant partnership created between a non-athlete and a sports brand".

The tie-up helped the German brand close the gap with Nike in the US market.

Shares in Adidas, which cut its full-year forecast last week, closed down 3.2%. The group said it would provide more information as part of its upcoming Q3 earnings announcement on Nov. 9. – Reuters 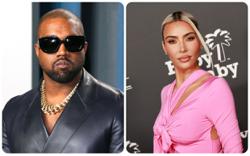 How men are overshadowing�women when it comes to red carpet fashion
Menswear taking centre stage, as the fashion industry shifts its focus to guys
Style Watch: Young entrepreneur Asma’ Nasaruddin lives in the fashion fast lane
'He wanted to cash in on the Birkin name': Hermes takes on NFT creator in court
Grammys fashion: Taylor Swift, Lizzo, Harry Styles and more, dazzle on red carpet
Are pets becoming fashion icons? Luxury petwear is on the rise
Kendall Jenner has made bleached eyebrows a beauty trend, but is it safe to DIY?
Maye Musk (yes, Elon's mother) is over 70 years old and still modelling
How about clothes made out of algae? The future of fashion now grows in a pond
What's your season? Social media users discover fashion's colour analysis method