During her reign, the monarch tried out every shade in the colour chart. Photo: AFP

Brightly coloured outfits, a matching hat and a pristine pair of gloves: Queen Elizabeth II's look was instantly recognisable and a self-created uniform styled to suit her role.

During her reign, the monarch tried out every shade in the colour chart, from canary yellow to lime green, fuchsia and navy blue.

Her inimitable style was developed over the decades by aides and designers, starting with Norman Hartnell, who created her wedding dress when she married Prince Philip in 1947.

Made from duchesse satin and decorated with crystals and 10,000 seed pearls, it was a dazzling sight for a Britain emerging from the wreckage of World War II.

Hartnell also made the silk dress she wore for her coronation in 1953. It was embroidered in gold, silver, green and pink, complete with emblems of the countries over which she ruled.

The designer later said that he took inspiration from "the sky, the earth, the sun, the moon, the stars and everything that might be embroidered on a dress destined to be historic".

Hardy Amies was the monarch's official dressmaker from 1955 to 1990.

"The task of making clothes for the Queen is not an easy one," he said.

Amies initially created crisp outfits for her foreign tours, before taking over domestic duties from Hartnell, and was behind the striking pink ensemble she wore on her silver jubilee in 1977. 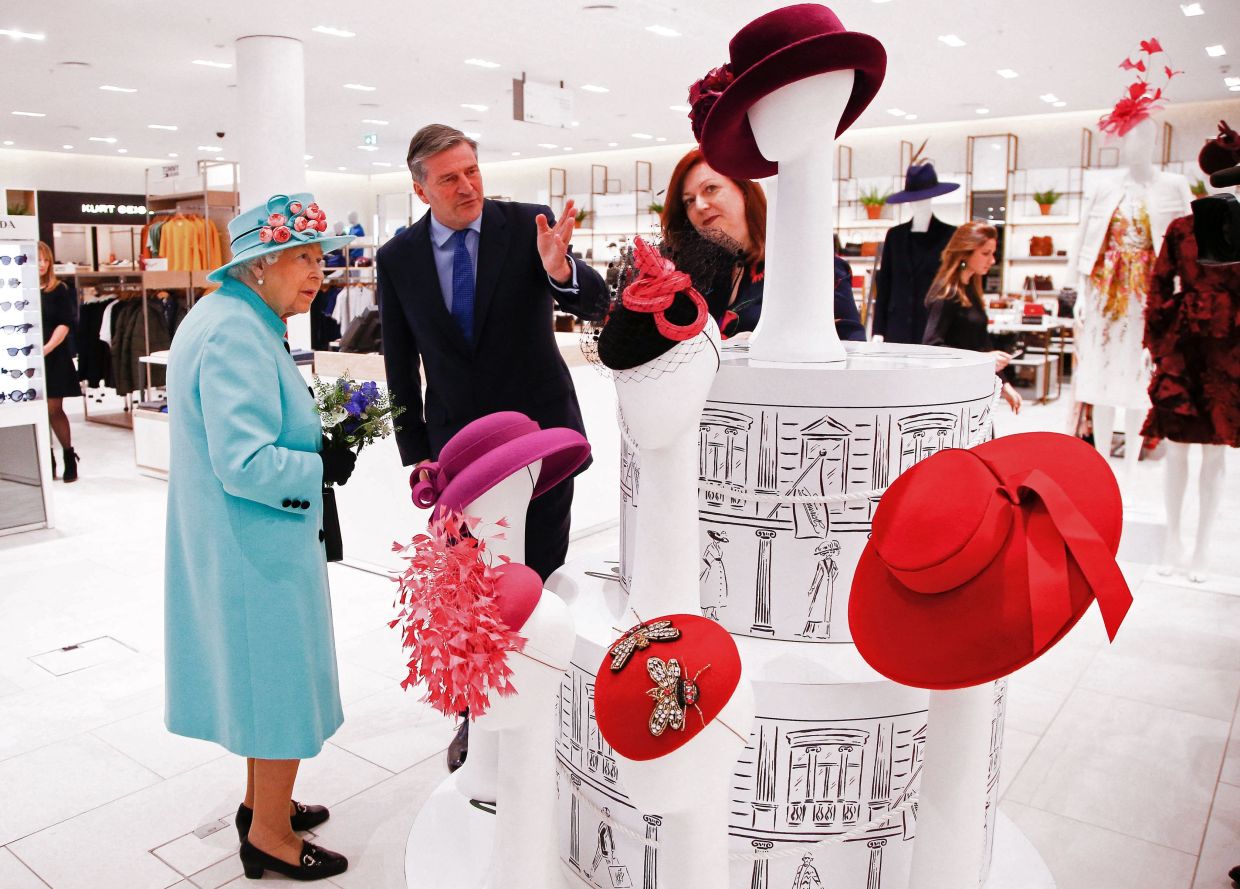 Her look and style in recent decades has been down to Angela Kelly. The daughter of a Liverpool dock worker, Kelly joined the monarch's team of dressers in 1993 and became her personal assistant and senior dresser in 2002, as well as a close confidante.

"We are two typical women," she once said. "We discuss clothes, makeup, jewellery."

During the 2020 coronavirus lockdown, Kelly even had to cut and style the queen's hair, she recalled in an officially approved biography The Other Side Of The Coin: The Queen, The Dresser And The Wardrobe.

"There are not written-down laws but there are kind of traditional old etiquette-plus-protocol rules," former royal butler Grant Harrold, an etiquette expert, said.

"She will always wear tights," he said, which will be flesh-coloured, while her nail varnish will be pale pink.

"You will never see her wearing a skirt – especially at her age – above the knee," he said.

As for jewellery, she wore a brooch or a pearl necklace.

There was a practical side to the Queen's dress code, even if it seemed as if she was keeping old traditions going, by wearing a hat and gloves in public.

At 1.63 metres (five foot four inches) tall, the brightly-coloured hat allowed her to be picked out in a crowd, likewise her see-through umbrellas and block heels.

Harrold also pointed out the gloves served another purpose – "not catching any bugs" – given the dozens of hands she had to shake.

Kelly sewed extra layers of lining into the queen's evening gowns to cushion the impact of beading and crystals on her back. For her day-wear, tiny weights were sewn into the hemlines in case of windy weather. 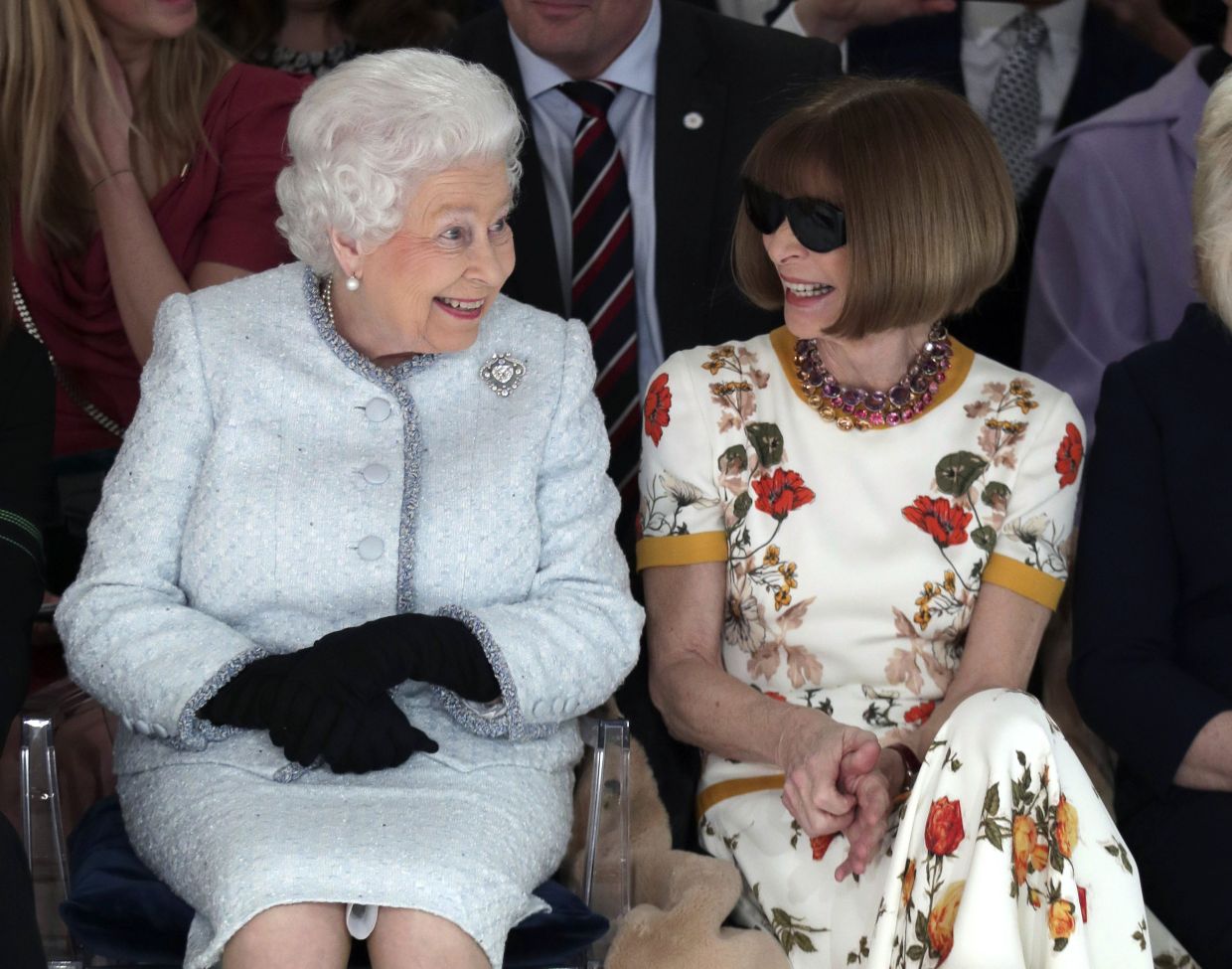 Kelly would also wear in the monarch's new shoes to ensure they were comfortable.

However, the hallmark of her style was her bold colours, worn from head to toe.

"The Queen is well-known for block-colour dressing, using vivid and bold colours to ensure she is easily visible on important occasions," said Caroline De Guitaut, who curated a 2016 Buckingham Palace exhibition entitled "Fashioning A Reign".

For Michele Clapton, costume designer on the hit Netflix television series The Crown, her outfits "formed an armour, a uniform".

On weekends at one of her country residences, Elizabeth switched style and was often seen wearing a headscarf, raincoat and pair of boots.

"People remarked they were amazed at the speed at which she could be with her corgis in the garden at one minute, and then changed, and appearing with her suit, hat, and gloves the next," said Clapton.

Read more: Elizabeth, the queen who moved with a changing world

Though the sovereign has to remain politically impartial, she used her clothes to convey a message. For example, an Irish clover or a Canadian maple leaf brooch might have been worn on an official visit as a way of honouring her hosts.

The palette would often contain subtle nods to national colours, as on her landmark 2011 visit to Ireland, when she arrived in emerald green.

Rumour had it that she also used her Launer handbag – square with a short strap which she apparently had 200 of – to send secret signals to her staff, depending on what she did with it.

Discretion was preferred on some sartorial details, however.

In 2018, the luxury lingerie company Rigby & Peller was stripped of its royal warrant after its former owner disclosed details of royal bra fittings in her memoirs.

For the occasion – to present the inaugural "Elizabeth II Fashion Award" – she wore a duck-egg blue dress and jacket. – AFP

From Paddington Bear to 'The Simpsons': Queen Elizabeth in pop culture

How the actors who played Queen Elizabeth II viewed her: 'The ultimate mother'

How beauty brands are innovating with customised services for men
You've heard of Botox as a beauty treatment, but what about Baby Botox?
Who is Sabato De Sarno and can he fill Alessandro Michele's Gucci shoes?
The beauty of the latest must-have bags is in their variety
Luxury watchmakers turn to innovative materials and amazing designs to stand out
The often-divisive ballet flat has the fashion world at its feet
As luxury watchmaking booms, Gen-Z buyers find time in second-hand timepieces
Why mushrooms are the new anti-ageing allies of your beauty routine
More chic than geek? How fashion is changing wearables to be more stylish
No pants, no problem? How Kendall Jenner started the 'no pants' fashion trend