The fashion and creative industry is mourning the death of Japanese fashion designer Issey Miyake.

His fans also paid tribute to the fashion innovator who shook up Parisian style with his highly wearable avant-garde designs.

“Very sad news... One of my top favourite designers with innovative designs. His legacy will be everlasting,” one Twitter user said.

Comments continued to pour in as news outlets announced his death. "A kind soul whose vision and technical skills should be considered among the greatest. We'll miss you," said another.

An Instagram user posted that Miyake is "a legend and inspiration to many in his profession".

Those from within the fashion industry paid their respects too.

Malaysian designer Joe Chia, who has made inroads in the Japanese market with his traditional yet urban aesthetic, was seen sharing a sombre Facebook announcement of Miyake's passing.

Others from the creative scene added their thoughts.

"He seemed curious about my sound works and talked about the importance of sound in his fashion shows."

Miyake succumbed to liver cancer on Aug 5, his office announced, according to Japanese media.

Together with other famous names like Rei Kawakubo and Yohji Yamamoto, Miyake was among a group of young Japanese designers who made their mark in Paris from the mid-1970s.

He followed in the footsteps of legends such as Kenzo Takada.

Miyake is known for having pioneered high-tech, comfortable clothing, while eschewing the glamour of haute couture. His "Pleats Please" line features permanently pleated items which do not crease.

He also produced the "A-POC (A Piece of Clothing)" line. It made use of a special weaving machine to create outfits out of one continuous tube of fabric.

The "Bao Bao" bag created by Miyake in the year 2000 sported geometric shapes. The design quickly became a hit in the fashion world and remains a favourite today. 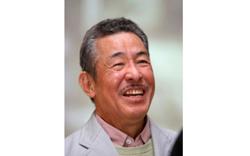