A file photo taken in 2015 shows Kansai Yamamoto waving to the audience after an event in Tokyo. Photo: AFP

He was 76-years-old. Born in 1944 in Yokohama, Yamamoto first entered university to study engineering before turning to fashion design, and in 1971 became the first Japanese designer to hold a show in London, blending traditional Japanese motifs – including designs from kabuki theatre – with fantasy in bright, bold designs.

A meeting with Bowie after a concert in New York City led to Yamamoto creating the wardrobe for Bowie's Ziggy Stardust alter ego.

He also knew musicians Elton John and Stevie Wonder, according to his company.

In one of his final Tokyo shows before turning primarily to becoming an event planner in 1993, Yamamoto paired chiffon minis with silvery lizard jackets in typical eclectic style.

"'Humans are possessed of limitless energy' was his motto," his company said in a statement announcing his death.

"He never let this go, pursuing challenge after challenge no matter how hard things got." – Reuters 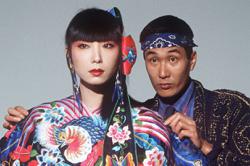 Remembering Kansai Yamamoto, the visionary with an 'electric and energetic soul' 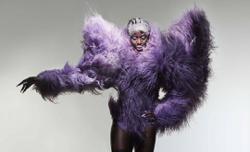