Moroccan fashion designer Artsi Ifrach poses for a photograph next to his creation "A Dialogue Between Cultures". Photo: AFP

Britain's most extensive exhibition of African fashion is set to open in London, showcasing designers past and present, as well as the continent's diverse heritage and cultures.

Africa Fashion, at the Victoria & Albert Museum (V&A) from Saturday (July 2), is also the country's first exhibition dedicated to the medium.

Project curator Elisabeth Murray said the show will provide a "glimpse into the glamour and politics of the fashion scene".

"We wanted to celebrate the amazing African fashion scene today. So the creativity of all the designers, stylists, photographers, and looking at the inspiration behind that," she said.

Included in the exhibition are objects, sketches, photos and film from across the continent, starting from the African liberation years in the 1950s to 80s to up-and-coming contemporary designers.

Senior curator Christine Checinska has called it "part of the V&A's ongoing commitment to foreground work by African heritage creatives".

Read more: South-East Asian fabrics should be treasured, which include Malaysia's tenun

Global anti-racism movements, including Black Lives Matter, have forced Britain to reassess its divisive colonial past, from museum collections and public monuments to history teaching in schools.

The V&A was founded in 1852, as Britain under queen Victoria expanded its global empire, including, in the decades that followed, in Africa.

But Checinska said African creativity had "largely been excluded or misrepresented in the museum, owing to the historic division between art and ethnographic museums arising from our colonial roots and embedded racist assumptions".

"The conversations and collaborations that have shaped the making of the Africa Fashion exhibition are a testbed for new equitable ways of working together that allow us to imagine and call into being the V&A of the future," she added.

Displaying a diverse range of African designs, textiles and influences, the ambitious exhibition is a way to address that imbalance, she said. 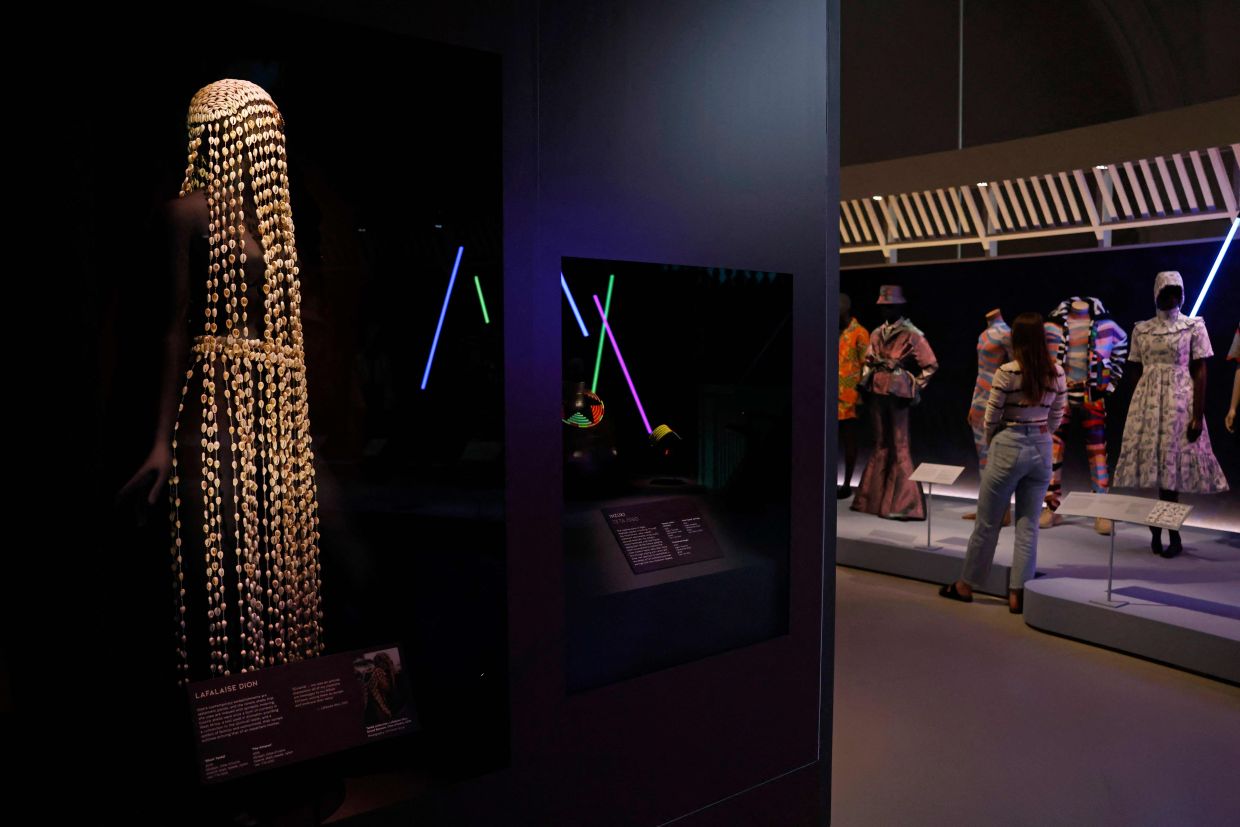 A Cowrie dress by Lafalaise Dion is pictured here for the exhibition. Photo: AFP

The scene is set with a section on "African Cultural Renaissance", highlighting protest posters and literature from independence movements that developed in conjunction with fashion.

A variety of African textiles and styles such as beadwork and raffia are employed in innovative designs with cross-cultural influences.

Other displays -- with names such as "Afrotopia", "Cutting-Edge" and "Mixology" – explore fashion alongside issues such as sustainability, gender, race and sexual identity.

One highlight is the centre-piece made by Moroccan designer Artsi especially for the exhibition.

It is a piece inspired by the British trenchcoat and Muslim hijab, navigating how to "present Africa in England", he explained.

Fashioning a "meditation on our common humanity", Artsi emphasises the beauty of African fashion which "doesn't come from a source of commercialised clothes".

"It comes from a source of heritage and celebrating culture," he added. – AFP

Sexy lingerie makes post-pandemic comeback, but with a feminist dimension 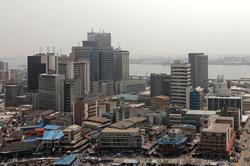 Footballer Son Heung-min shows off body for Calvin Klein underwear campaign
What are 'jorts' and why has this clothing item become a trend in womenswear?
The viral 'minion makeup' trend that even Kim Kardashian is trying out
Parachute pants are the latest element of Y2K fashion to be resurrected
Would you buy a trash bag for RM8,000? Luxury fashion brand Balenciaga hopes so
A look at the season's latest bags, straight from the fashion runways
From 'glazed donut' to 3D effects, nail trends go bold this season
Stay on the edge of time with Bernhard H. Mayer’s Drift Racer
Car maker McLaren turns to shoes in bid to stay 'culturally relevant'
In Malaysia, pre-loved fashion is slowly becoming well-loved fashion