Over 35 stylists and designers took part in the event, with some shows taking place in the streets of the Burkina Faso capital. Photo: AP

Designers say they are striving to make the West African country become known as an emerging fashion hub, to offset its reputation for its recent coup and ongoing conflict with Islamic extremists.

Some of the shows were staged on a central street of Ouagadougou, the capital, where residents lined up to see models strut designs for women and men.

When the capital was hit by frequent power cuts, models and designers used the lights of their cell phones to put on makeup and fix their hair.

Some 35 designers – chosen from about 200 applicants – from West Africa and Europe, showcased their clothes in the capital, Ouagadougou.

For the first time the majority of designers, about 75%, were from Burkina Faso, said Alex Zabsonre, director of the event. 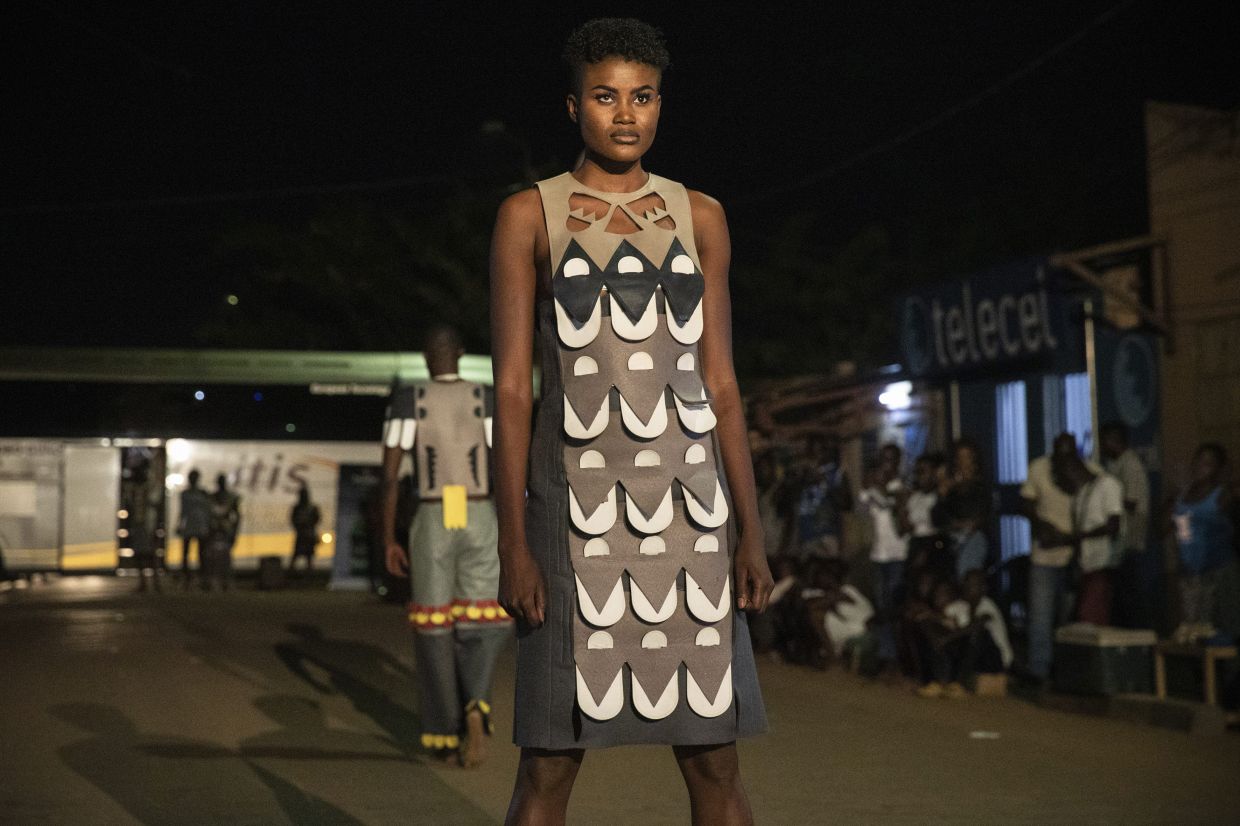 A model shows off a design during the third edition of Ouaga Fashion Week. Photo: AP

"Burkina is one of the African countries that has a lot of potential to offer as far as fashion is concerned... That is the reason why I set this project up, to expose Burkina designers and get them recognised at the international level,” he said.

Many of the designs featured Burkina Faso's traditional, handwoven Faso Dan Fani cloth made from cotton, which Zabsonre says has been worn by celebrities including singer Beyonce and fashion designer, Stella McCartney.

The country is one of the top 10 cotton exporters in the world accounting for an average of 3% of global exports since 2000, according to the United Nations.

Fashion in the country has evolved in recent years so that people have become more clothes-conscious, said Korotimi Dao, fashion designer and founder of Koro DK Style.

"Fashion week is not a challenge, it’s an opportunity to hope that everything can become right again,” she said.

Since 2017 the European Union has given US$10mil (RM43.9mil) to the Ethical Fashion Project, which has created hundreds of jobs for marginalised women and helps professionalise the textile and creative industry by connecting Burkina Faso producers and designers to the distinguished fashion and interior designers, Wolfram Vetter, ambassador to the European Union in Burkina Faso, said.

"It’s time for these unrecognised artisans to play a part in the global fashion arena so that these crafts, traditions and cultures stay alive,” said Mallika Chaudhuri, founder and director of INDOI, a Britain-based womenswear brand.

"We need to celebrate, revive and maintain local craft where designers and makers work together so that we move towards a more ethical and sustainable fashion industry.” – AP

Fashion players will double their investments in tech by 2030, says a new report

From Sailor Moon to Totoro, the fashion world is in love with anime