Can the Olympics be fashionable? Styling athletes not a straightforward matter

The Olympics in Tokyo opened July 23, when the world's athletes marched behind their flag-bearers.

Olympic gear makes for lively social media fodder, starting with the hours-long Parade Of Nations. The year-long wait due to the pandemic has given enthusiasts extra time to ponder what they love or hate.

There's the Czech Republic and its traditional indigo block-print design with matching fans, already the butt of some jokes. It follows the country's loud umbrellas and neon-blue Wellington boots of 2012 in London, along with its Beetlejuice stripes in Rio in 2016.

Israel's athletes have see-through nylon jackets with huge pockets, while Emporio Armani decked out Italy's team in track suits with a reinterpretation of Japan's rising sun in the colors of the Italian flag: red, green and white. Liberia received the gift of designer Telfar Clemens, the buzzy Liberian American who makes sought-after bags and created their kits for the first time.

Things used to be a lot simpler for the athletes, fashion-wise. In the beginning, there was no parade, or opening ceremony for that matter. Athletes wore whatever they chose, often walking with the equipment of their sports.

"In the early days it was no big deal,” said David Wallechinksy, executive board member and past president of the International Society Of Olympic Historians. "People would just come on. If a team wanted to dress alike they did.”

Wallechinksy unearthed an image in an archival film showing the 1924 British curlers walking in the Winter Games parade in Chamonix, France, their brooms held high.

In the beginning, clothes were optional altogether, during competition anyway, according to scholars. Athletes often performed in the nude in Ancient Greece. In more modern times, parade uniforms often pay homage to a host country, in addition to traditions, athletic feats and patriotic flourishes.

This year, the pandemic has brought on another element: masks.

Australia has on offer for athletes a sand-coloured blazer lined with the names of the country's 320 Olympic gold medalists.

For the closing ceremony, Canada's Olympic organisers teamed with Levi's to produce a denim "Canadian tuxedo" jacket alive with Japanese street-style graffiti to be worn with white denim pants.

"This is the gang that comes after you if you say you tried watching Schitt’s Creek but couldn’t get into it,” New York Times culture writer Dave Itzkoff tweeted of the look in April, several months after the jacket was unveiled with Team Canada's other gear.

"They have to fit all kinds of body types. Think tiny gymnasts, brawny weightlifters and lanky basketball players. They have to convey something about the nation, honour the host, be serious enough for the solemnity of the occasion but practical enough to be comfortable for hours of standing in the heat,” she said.

Count Brown among the fans of the Czech uniforms, done by Zuzana Osako in Prague. They include the team's mainstay, a gymnast, built into the design. Men will be in blue vests with white pants and women in blue blouses and white skirts.

"They managed to blend elements of Czech folk tradition, traditional Japanese indigo dying techniques, and a call out to the great Czech gymnast Vera Caslavska, but still keep the outfit wearable and comfortable for the heat,” Brown said.

Of Canada's denim jackets, she said: "I think I wore something similar in 1987. I wonder if anyone over 12 really wants to wear it.”

Lucia Kinghorn, a vice president of fashion at Hudson's Bay, which helped created Canada's uniforms and other Olympic gear, is aware of the scorn.

"For as many naysayers, we have even more fans,” she said. "We're proud of the thoughtful design behind Team Canada’s clothing and happy that so many people are talking about it.”

"The US has stayed with the same designer, Ralph Lauren, as it has for years, leading to another yachting look. Yawn," she said. "Also, it's expected to be very hot in Tokyo. Jeans, a knit top, scarf and a blazer? Who wants to wear denim in that kind of heat and humidity?”

The denim is lightweight in a stretchy fabric.

Japan’s uniforms harken back to those worn by the Japanese team at the opening ceremony of the last Olympics to be held in Tokyo, in 1964. Back then, jackets were red and trousers were white. The colors are switched this year.

"It's in line with the many call-backs organizers are including to 1964,” Brown said. 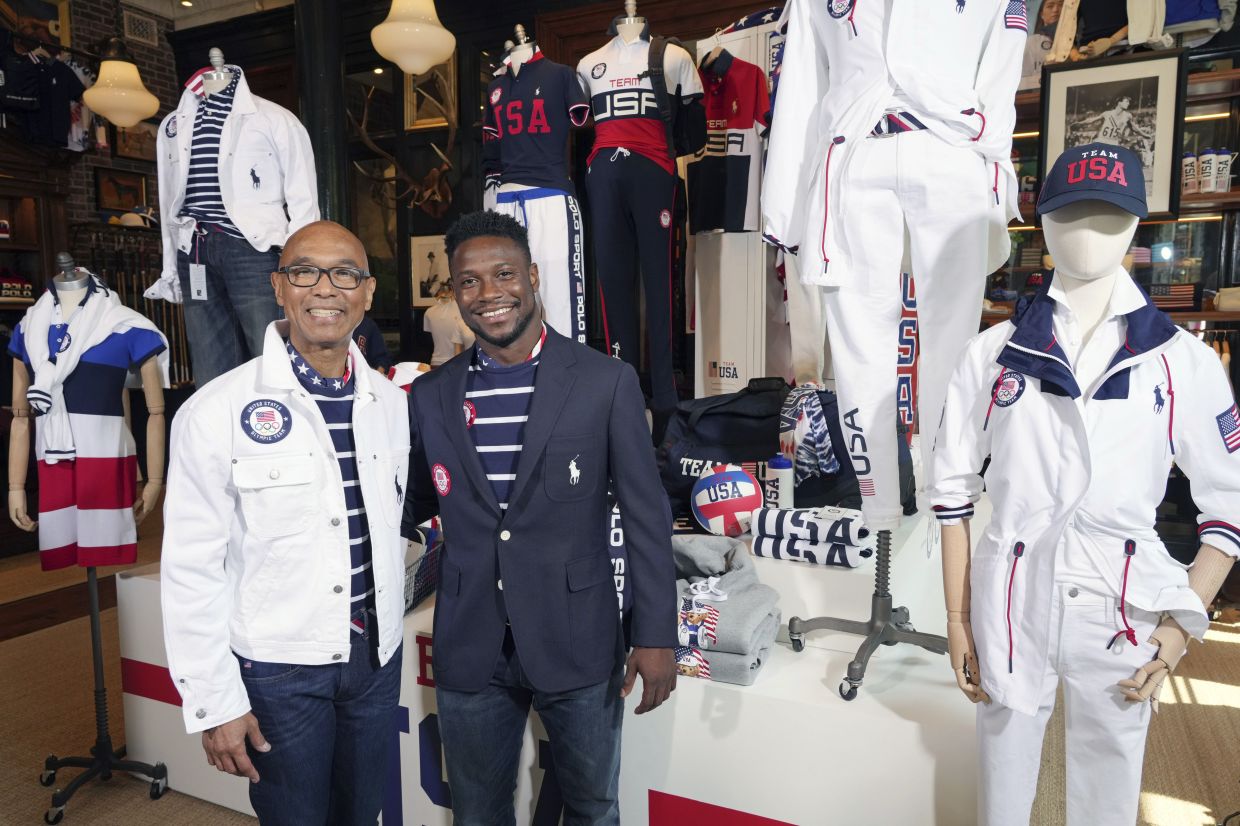 "The blazer includes one floral lapel in traditional Zapotec embroidery. So beautiful without being costumey,” Brown said.

The embroidery was done by Oaxacan artisans, making each lapel among the 150 blazers a different custom design, said Jeannette Haber, marketing director of High Life. The artisans, she said, were "happy to be part of the project, and that their designs and their work could have this worldwide exposure”.

Whole collections for sale to consumers are built around what Olympic athletes wear during opening ceremonies.

"It's a great moment for these brands to show their team spirit and their innovation in new technologies,” said Ted Stafford, fashion director of Men’s Health magazine and market director for Esquire.

That includes a cooling unit Ralph Lauren built into a white denim jacket for the Team USA flag-bearer.

"It's the world stage and it sets the tone,” Stafford said. "It's more than just a big fashion show.” – AP