'The Devil Wears Prada' turned 15 on June 30, but like any good film that revolves around fashion, it remains timeless. Photo: Filepic

The Devil Wears Prada turned 15 on June 30, but like any good film that revolves around fashion, it remains timeless.

Costume designer Patricia Field was Oscar-nominated for assembling the film's stunning wardrobe, from its magnificent array of coats to the selection of moody sunglasses.

Assistant costume designer Tracy Cox, who worked with Field on the final season of Sex And The City, was relatively new to the job when he joined the team.

"I knew I was involved with something special because Meryl Streep was there," Cox says. "When she came in and we had her fittings and picked out her wigs and all of that, I'm like, 'OK, this is gonna be something really big, ' but I didn't know [to what extent]."

Field and Cox have continued to collaborate over the years; most recently they sought Black designers to elevate the outfits of Starz's Run The World.

Here they break down some of their favourite looks from The Devil Wears Prada. – Haley Bosselman/Reuters

Miranda's arrival at the Elias-Clark building, home to Runway (the opening look)

Cox: When Meryl enters, her first time walking into Elias-Clark, in that fur coat – and then the shoes were Azzedine Alaia; they were kind of like an oxblood with a black motif – when you first see her, everyone starts running away from her when she's coming in through the elevators. So I really think that was a great, assertive look for her character.

Andy's John Galliano for Dior gown at the magazine's gala

Cox: We really had to get that right. There weren't a lot of options, and we couldn't necessarily find her size, so we had to call the showrooms to get that, but that's in my top 10.

Cox: This outfit was three pieces. I think it was a little bolero with the strong shoulders, a tank top and a matching skirt, but really thin, elegant, ripped by Rick Owens. I think that was her signature. Rick Owens is a really good friend of Pat's, and he sent over a bunch of stuff, so we just had free rein and that was a great piece and it just worked.

Field: Loved Stanley Tucci's three-piece suit. He was the most fun and creative to dress as he was an art director and he was game. I felt that this was a perfect ensemble for him.

Cox: Pat and I love to shop together; we're a really great tag team. We went to Starstruck Vintage in New York. I was looking for something really strong for his big personality because I think he was supposed to be Andre Leon Talley's likeness. So I was just looking for really bold things, and I found this three-piece suit. And it didn't need much; it just really fit him. I think it was from probably the 70s.

Field: A head-to-toe Chanel ensemble, which was one of my favourites [and] a fan favourite. Fun fact: The stark difference between the former Andy and the new Andy made me very happy as I saw the expression on her face when she stepped out on camera.

A post shared by The Art Of Costume (@theartofcostume)

Field: Loved the green coat when Andy was coming outside of the subway. It was unique and vintage, and I received very positive reactions from the fans.

Cox: My No. 1 favourite was the vintage coat that Andy wears in the coat montage. That was a vintage find from [What] Goes Around Comes Around [in Beverly Hills]. It was packed down in a box, and it had this really old smell to it, so I was concerned about having to dry clean, but we didn't get a chance, so she ended up having to wear it like that. 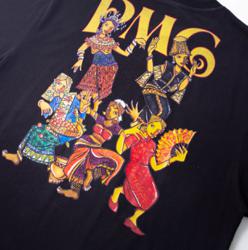