Via an emergency fund set up online, The Duck Group partners Viva Palestina Malaysia to provide medical aid and other critical needs for those affected in Palestine. Photo: Instagram/The Duck Group

The Duck Group and Viva Palestina Malaysia (VPM) has successfully raised RM1mil in emergency funds to support the Palestinian victims in Al Aqsa and Gaza.

The emergency fund set up on Kitafund will be used to provide medical aid and other critical needs for those affected in Palestine. One hundred percent of the proceeds raised through the fund will be donated.

"My heart breaks when reading the news of what is happening in Palestine. I've had sleepless nights thinking of what more can I do," said Vivy Yusof, co-founder of The Duck Group.

"As a mother, seeing footages of the children there has hit me hard. So, I've decided to use my platform to keep raising awareness about the issue and to start a fundraiser with VPM to help Palestinians with medical aid and more.”

The amount raised was achieved after just two days. It initially aimed to reach the target by the end of May, and will now continue to raise additional funds to provide added support.

“Alhamdulilah, in just two days, we've raised RM1mil and is the most successful fund I've seen to date! This just shows that so many people care – the donations are pouring in not just from Malaysians but from all over the world! People are donating whatever amount they can afford, from RM1 to RM1,000," Vivy said.

She added that parents have messaged her on Instagram telling of how their children are donating from their recent duit Raya.

The Duck Group revealed that, since the launch of the fund, Muslims and non-Muslims from Brunei, Singapore, Japan, Australia, the Philippines, Qatar, Jeddah, USA, UK, Kazakhstan, Scotland, United Arab Emirates, Saudi Arabia, Germany, Ireland, Sri Lanka and France have donated for the cause.

VPM, formerly known as Complete, is a coalition of 50 Malaysian non-governmental organisations. They strive to provide an advocacy group for the Palestinian people and support in raising funds to finance various medical, educational, micro-financing, housing, and agricultural projects in Palestine.

Kitafund, a crowdfunding platform for medical and humanitarian needs and emergencies, has committed to channel 50% of the donation fees collected on the platform back to the emergency fund set up.

The Duck Group will also be releasing a collection in June, whereby 100% of the profit from sales will be donated to VPM.

Get modest fashion pieces at bargain prices with Lazada Voucher

Datin Vivy Yusof on Ramadan, Raya, and surviving a pandemic 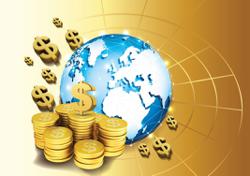