What's up, doc? Looney Tunes returns to Malaysia with a streetwear collection

Malaysians who grew up watching Looney Tunes on television every morning on weekends will be thrilled to know that the cartoon is making a comeback here – in the form of a streetwear collection.

In collaboration with proudly homegrown label Pestle & Mortar Clothing, the iconic characters of the series are appearing on T-shirts, shirts, outerwear and other accessories.

Bugs Bunny, Lola Bunny, Sylvester, Tasmanian Devil, Wile E. Coyote, Marvin the martian and lots more will all make an appearance on the designs (set to drop on Oct 23). They are being set loose to continue their mischievous antics in Malaysia.

A group of Malaysian celebrities was recruited for the campaign. They include the likes of footballer Steffi Sarge Kaur, actor Nadhir Nasar, rapper Asyraf Nasir, singer-songwriter Talitha Tan and musician Kyren Thomas.

"Growing up with a major influence from hip hop culture, we look up to Bugs Bunny as the OG of Looney Tunes just like we see other hip hop legends!" the label comments in a post on Instagram.

Read more: Pestle & Mortar Clothing is not just a T-shirt

Looney Tunes, the American animated comedy series produced by Warner Bros from 1930 to 1969, is fondly remembered by many Malaysians. Running on free-to-air television for the longest time, it has helped shaped and defined childhood memories here in the country.

The Looney Tunes squad have landed in Kuala Lumpur! Bugs Bunny and his friends have come together with The Pride Of Southeast Asia to explore Malaysia. What do they have up their sleeves?⁠⠀⁠⠀ ⁠⠀⁠⠀ Launching on the 23rd of October 2020. ⁠⠀⁠⠀ ⁠⠀⁠⠀ #PestleMortarClothing ⁠⠀⁠⠀ #PrideOfSouthEastAsia ⁠ 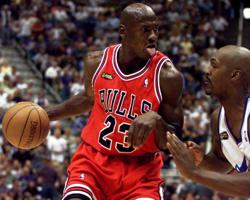