The pandemic has accelerated a power shift in the fashion and advertising world, with models and influencers by necessity wielding more control over their own images during remote photo and video shoots.

Modelling agencies are calling for companies to ship clothes directly to models, advertisers are crowd-sourcing video campaigns and creative directors are finding innovative ways to pick their best shots over Zoom.

Julia Haart says her Elite World Group, which manages over 4,000 fashion talent globally, pivoted at the height of the pandemic to survive, when traditional shoots were impossible due to travel restrictions and social distancing.

She reached out directly to brands like Urban Outfitters, Zara and Madewell, urging them to send clothes, jewellery and handbags to her models. And she called on models to show off their personalities when shooting products themselves.

“Think of the traditional model world, who ran the world, it was photographers, videographers, it was the editors of magazines, ” she said. “Now, with social media, with the digital space, it’s the talent who goes directly to the people. It has democratised fashion”.

Model Heloise Guerin experienced this firsthand, even styling some of her own shoots entirely. Products were mailed to her home where she and her husband, photographer Victor Demarchelier, would conduct the shoots.

“Even though we had a lot of Zoom meetings with the clients, they still left us plenty of room for creativity and freedom which we really appreciated, ” she said in an email. “It was so much more fun than being ‘just a model’, and felt very rewarding.”

While Guerin is uniquely positioned to create a quality product with a professional photographer under her roof, not all models are so lucky. Haart says less than half of the models she manages have had the opportunity and capabilities to shoot their own material.

Still, she sees the shift toward models having more control over their personal brand as long-lasting, so she’s continuing to push in this direction, even as some models begin returning to studios. 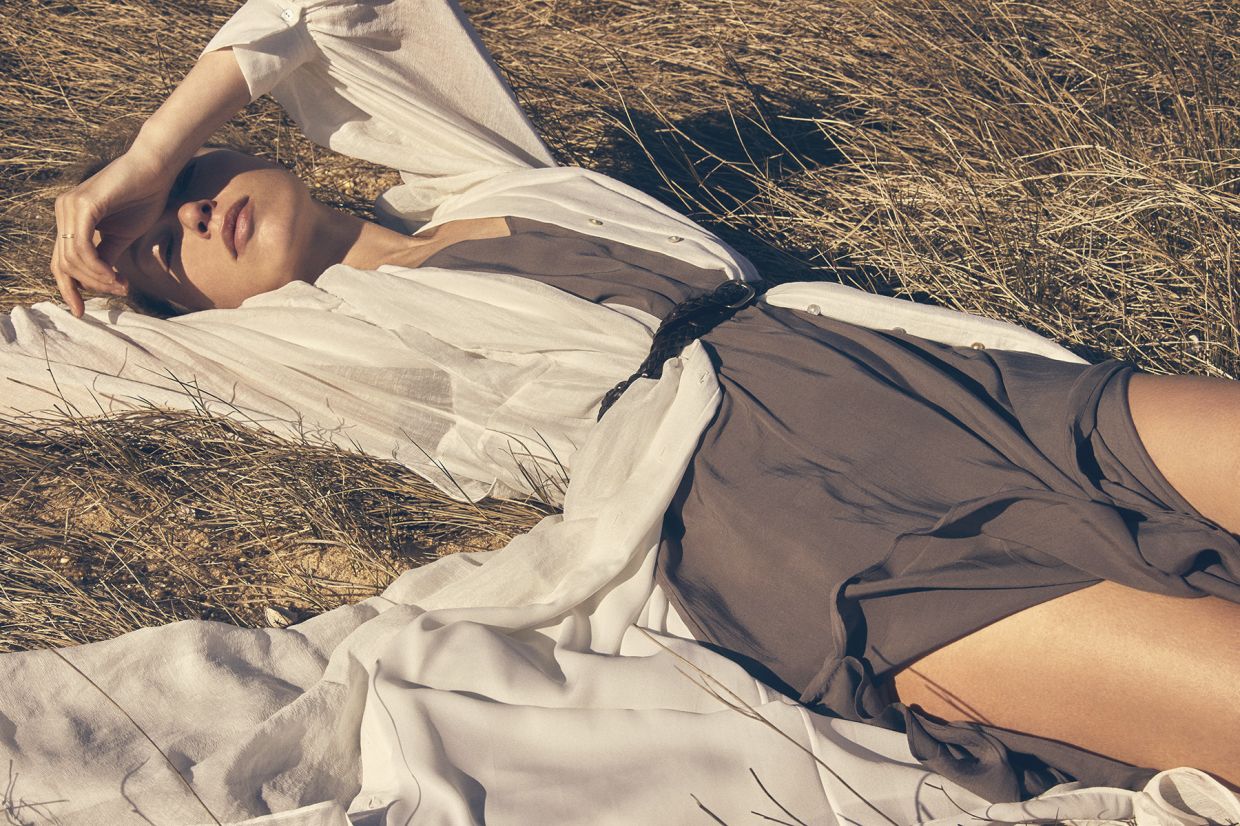 It’s this same attitude that led Amy Zunzunegui to change her strategy as she prepared to launch her skincare brand, Wldkat.

When the pandemic forced her to cancel her planned launch event, she instead assembled a self-shot video campaign featuring 14 women using her products.

“We gave them images and the kind of vibe and the energy. And they did it in a silo in their own natural habitat with their own equipment, ” she said. “And what’s so cool is we were allowed to give those content creators a voice.”

The adapt-or-die mentality stretched further than modelling and advertising, hitting the music and film industry as well. Quinn XCII used a Zoom collaboration to get his voice out during the pandemic.

The singer-songwriter joined with director Blythe Thomas to craft a music video for his song Coffee using footage from Zoom, security cameras and other videos shot by Quinn XCII’s wife.

Thomas directed the video from New York while Quinn XCII shot from his home in Los Angeles. It took longer than expected.

Others who have directed and shot remotely, like photographer Cedrick Jones, agree that the collaboration over Zoom and FaceTime can be time-consuming.

When taking FaceTime portraits of models, musicians and actors, Jones helps them find the right lighting in their home and tells them where to place their phone to get the perfect shot.

“The response has been cool, ” he said. “I’m always shocked to see what I can get.”

For him, the shift toward remote work was not necessarily a career decision, but a creative one.

“You just feel like a painter, ” he said. “You have to paint something.” 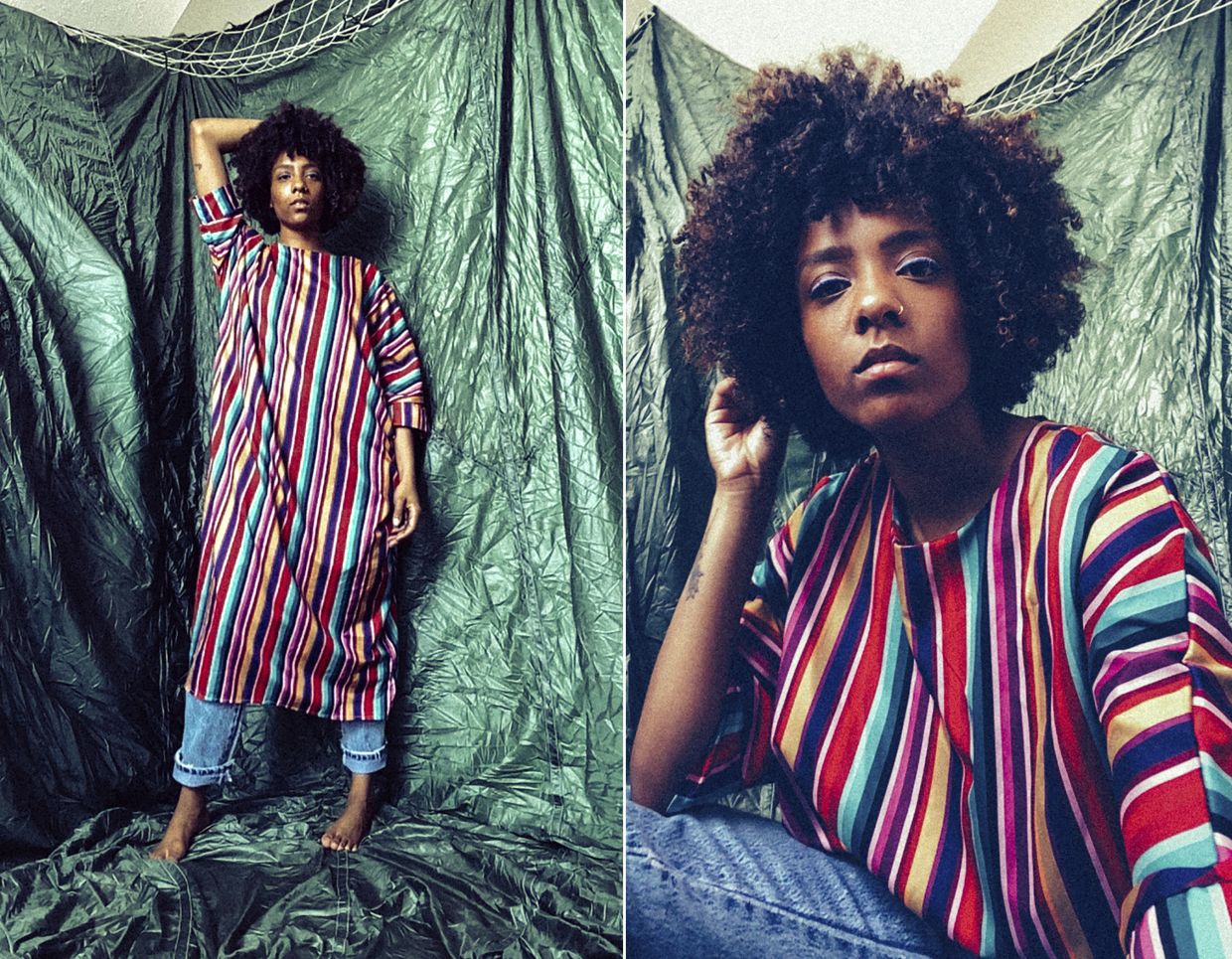 While artists and creatives are making do with remote work, some, like Riverdale star Cole Sprouse, have tried to avoid the Zoom and FaceTime workaround entirely.

“I think in the beginning when it was novel it looked really interesting, but I think it’s become oversaturated, ” said Sprouse. “But I think whatever way people manage to do a shoot and stay safe is intriguing.”

It’s difficult to know what the lasting impact will be to these industries.

Read more: Your clothes no longer fit after the lockdown? You're not alone

Thomas said she missed the comfort of a music video set, particularly for a second Quinn XCII music video she directed, a ballad called Second Time Around that focuses on self-forgiveness.

“When something’s a little bit more serious in content as a director, you definitely want to be there and, like, kind of safeguard things for the artist, ” Thomas said.

“There is something to be said for those tried and true set days where you have all of the necessary bells and whistles.”

Quinn XCII was happy with the results, which he said show “we can still be our creative selves, even with these limitations.” – AP

'He wanted to cash in on the Birkin name': Hermes takes on NFT creator in court
Grammys fashion: Taylor Swift, Lizzo, Harry Styles and more, dazzle on red carpet
Are pets becoming fashion icons? Luxury petwear is on the rise
Kendall Jenner has made bleached eyebrows a beauty trend, but is it safe to DIY?
Maye Musk (yes, Elon's mother) is over 70 years old and still modelling
How about clothes made out of algae? The future of fashion now grows in a pond
What's your season? Social media users discover fashion's colour analysis method
Sabato De Sarno 'needs to spark heat' for Gucci to reinvigorate itself
Rege-Jean Page and Jodie Comer have close to perfect looks, according to science
From 3D florals and hoods to chic sleepwear, womenswear steps into a new season