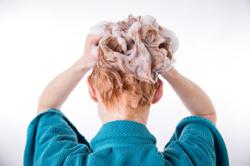 The bankruptcy of Brooks Brothers is seen as another sign of the turmoil sweeping the retail industry as it wrestles with the effects of the Covid-19 pandemic. Photo composite: Instagram/@brooksbrothers

Lincoln wore a black one when he was killed. JFK favoured the No. 2. From Grant to Hoover, FDR to Obama and Trump, 41 American presidents and generations of Ivy Leaguers, Wall Streeters and Hollywood stars have turned to the same place for a suit: Brooks Brothers.

Now a confluence of powerful forces, from shifting fashion to financial wheeling-dealing to, at last, the coronavirus-has driven America’s most storied haberdasher over the brink.

The bankruptcy of Brooks Brothers, founded in New York more than 200 years ago, will surprise no one who’s been watching the slow-motion train-wreck that is American retailing.

Its long-expected filing last month is another sign of the turmoil sweeping the industry as it wrestles with the effects of the Covid-19 pandemic. It joins a recent wave of apparel bankruptcies, from Neiman Marcus Group Inc. to J. Crew Group Inc., as economic lockdowns abruptly change consumer behaviour.

For many American men, particularly those of a certain age, this bankruptcy underscores a profound generational shift in fashion that has turned the traditional grey flannel, Glen plaid or pinstripe into a thing of the past.

Brooks Brothers prided itself with being the standard bearer for classical American clothing, the kind that had stayed unchanged for centuries.

Yet it's this formal attire that has been on a steady decline since khakis and casual Fridays became prominent in the 1990s.

'Swimming against the tide'

Casual clothes in the workplace have only become more ubiquitous since, as hoodies, tees and jeans invaded offices during the tech boom in the early 2000s. These days, most dress code debates revolve around yoga pants, not neckties.

Despite enduring two centuries of vacillating fashion trends, Brooks Brothers has struggled in recent years to find its place in a world that’s getting more casual every day.

Streetwear and sneakers have infiltrated Europe’s most traditional fashion houses. Worst of all for Brooks Brothers, dress codes from Wall Street to court rooms have been challenged, and restrictions have eased in workplaces across the US.

Read more: Would you be comfortable buying a luxury timepiece online?

"Brooks Brothers has long suffered from a failure to decisively adapt to changing trends," said Neil Saunders, an analyst at GlobalData Retail. "When it comes to tastes and style, Brooks Brothers has been swimming against the tide".

When Henry Sands Brooks opened his first shop in New York in 1818, James Monroe was President of the United States, there were only 20 states and much of the cotton used to make clothes was harvested by slaves.

The store sold ready-to-wear suits and jackets for men on the corner of Catherine and Cherry streets near a seaport.

Brooks died 15 years later, and his four sons inherited the business and renamed it Brooks Brothers. It became a staple of New York fashion under the Brooks family, which owned the company until after World War II, when it was bought by Washington department store Garfinckel's.

Brooks Brothers was acquired by British retailer Marks & Spencer in the 1980s, just after the company began expanding abroad and business casual was starting to rise.

That led to drastic changes at Brooks Brothers, which altered its merchandise to cater to office workers who traded their suits for a button-down and pants. It didn’t work for a tailor so known for decorum, and by the turn of the century, the owner decided to look for a buyer.

In 2001, Brooks Brothers was sold to the current owner, Claudio del Vecchio, an Italian businessman whose billionaire father founded the eyewear giant Luxottica, for US$225 million (RM952mil).

Management has since taken Brooks Brothers back to its more mannerly roots and tried to win back the business executives it lost during that era.

It invested to match rivals’ shipping times and opened cafes in a couple of stores. What it didn’t change, though, was its focus on formal attire. Sales continued to slide at its 250 or so stores in the US as the company dealt with a heavy debt load.

Last year, Brooks Brothers began looking for a buyer and extended the process in April, Bloomberg has reported. Like most nonessential retailers, Brooks Brothers felt the financial pressure immediately when the pandemic hit. It closed stores while laying off and furloughing workers.

Read more: What is an emblem ring and why is it currently so popular with guys?

And with work-from-home orders in effect across the US, employees are now wearing drawstring sweatpants to virtual meetings instead of a hopsack sport coats. Even as workers start to trickle back into offices, the meetings aren't the same, with power lunches and catered conference rooms now gone.

The company continues to seek a sale. Yet even in bankruptcy, management sounds content to hand it off to someone who won't take Brooks Brothers in a radical new direction.

"Our priority," Del Vecchio said in a recent statement,"is to start this important chapter with a new owner that has appreciation for the Brooks Brothers legacy.” – Kim Bhasin/Bloomberg

Your clothes no longer fit after the lockdown? You're not alone 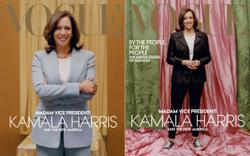