PHILEX Chin has had his hands full this past month, as the doors to the salon he founded, 54 Blanc Saloon in Taman Tun Dr Ismail, Kuala Lumpur, reopened after being closed during the Movement Control Order.

The creative director, 29, who has been working non-stop on seven or eight customers a day, expected his appointment book to fill up pretty fast, but what came as a surprise were the number of “DIY disasters” he ended up fixing.

From colour catastrophes to cringe-worthy cuts, customers of all colours and creeds crept sheepishly up the stairs to his salon, to awkwardly explain their creative misadventures. “I have a lot of stories!” said Chin, laughing. “People were so desperate to touch up their hair they went out and bought box dye and tried to colour their hair at home.

“As soon as we reopened, they came in asking for help, and why? Because the top of their heads ended up very brightly-coloured while the ends were dark.”

The 34-year-old hairstylist and his colleagues had to spend three to four hours correcting bad dye jobs.

“Many of our clients got creative in managing their hair during lockdown, ” said Siow. “Most of them with existing hair highlights would use box dye to cover up their grey streaks. This would lead to their hair being extremely dark, leaving it without much shine and looking very dull.

Despite their best efforts, the results varied and some still ended up with slight patchiness in their hair colour, due to the intense colours of the box dye.

“That’s just inevitable. Nevertheless, we do what we can in salvaging what is salvageable and what accentuates our clients’ natural hair, ” said Siow. Director and co-founder of 11 Scissors Paper Stone Hair Studio in Petaling Jaya, Evian Teh, also had to deal with her own set of colouring issues.

“There was a lady in her mid-30s who bought some hair colouring products online and tried to colour her own hair, ” said the 35-year-old. “However, not sure what the cause was, whether it was a product issue, or maybe she had mixed it wrong, or left it on for too long, but her hair ended being really dry and frizzy, and her scalp was flaking.”

The customer was a regular who previously had a full head of soft and silky hair, was one of their very first appointments post-MCO.

“We had to do a whole overhaul for her look, to cut off the damaged parts and to do some intensive hair and scalp treatment.”

Many would have felt the urge to crop their tops during the MCO, as manes grew long, unruly and tangled, and with plenty of DIY guides and videos online, the temptation to go it alone (or with some assistance) would have been overwhelming for some.

Our interviewees have seen their fair share of comical cuts, many done by the clients themselves, with others having sought assistance from their equally inexperienced partners or friends.

“One guy let his girlfriend cut his hair with clippers they bought online, ” said Chin. “They tried to copy what was done in a video and ended up with very uneven lengths, it was so bad!”

“Another guy, 32, came to the salon with super long and messy hair, which he had cut very unevenly!”

“Some men came in with pretty patchy shaves as they were not familiar with using a shaver to shave their heads, ” explained Siow.

“But it wasn’t all that bad, we usually just have to blend their shaving pattern and fade the short hair out, ” he added.

A regular customer to Teh’s salon, a man in his early 40s, was unrecognisable when he came to get help for his hair-trimming disaster. 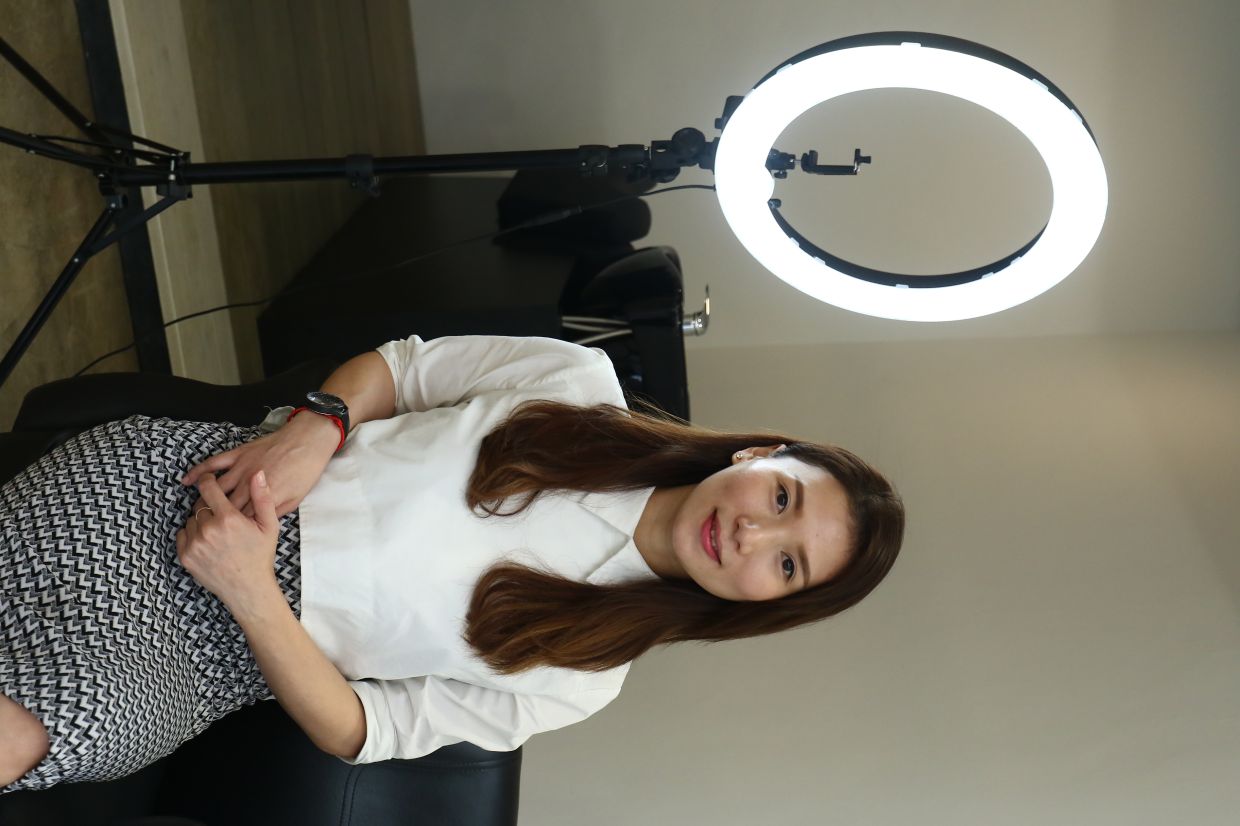 “He had gotten so desperate for a cut that he bought a shaver and asked his wife to help him trim, and she used a pair of kitchen scissors, ” said Teh.

“He thought that it would be okay, so he told us that his wife just kept trying to ‘even’ it out so it got shorter and shorter, and was just extremely uneven.”

In the end, Teh and her team had to reshape his entire hairstyle and cut it really short to even out the varying lengths.

“He wasn’t the only male customer who had tried to DIY by buying their own shaver online. Some even asked us if they could give the shaver to us because they said they really didn’t know what to do with it, and gave up trying, ” she quipped.

Thankfully for most failed DIY stylists, the nightmare is over as the professionals are finally back in business.

During the MCO period, salon employees had to pinch pennies as they could not work. With bookings pouring in these days, hopefully they can cover their MCO losses.

“The top requests these past few weeks have been hair treatments, as many customers’ manes have become ‘like grass’ with the lack of treatment or with trying home treatments, ” explained Chin. “The other highly sought after requests are touch-ups to cover grey hair and trimming as many guys cut their own hair because they felt the weather was too hot.” The same goes for Hair Soho and 11 Scissors Paper Stone Hair Studio, as many customers were just desperate to get their hair looking socially acceptable, before trying out anything new.

Of course, each salon is adhering to new SOPs put in place to further curb the spread of Covid-19.

“Things got extremely busy when Hair Soho resumed its operations. With this pandemic, we’ve taken many SOP initiatives in making sure our clients adhere to so that they can enjoy our services without worrying, ” said Siow.

“Due to social distancing, we only allow five clients to be in the premises at the same time, and because of that, most of our staff have not been taking any days off for a month due to the high volume of appointments. And, we have learnt to regulate the appointments in the future.”

Similarly, Teh and her team limit the number of customers in their space at any one time, and they also ensure that they take the time between customers to perform a complete wipe down of the area before the next customer takes their seat.

“Hence the number of customers per day has decreased due to limited time slots, but the appointments are now more evenly spaced out across weekdays and weekends, ” says Teh. “Possibly also due to more people having flexible working hours and working from home, they are now able to come in and do their hair during weekdays.”

Now that salons are open again, our three stylists have only one humorous piece of advice: step away from the scissors, box dye and clippers, and leave the hairdressing to the experts!

Cyrus Chin and Bernie Chan on the investments that matter

Hair salons and wellness centers are finding their way post-MCO

How the Covid-19 pandemic has changed the beauty industry

The Queen expresses pride in wearing baju kurung every day
Local designers who are dressing Malaysians beautifully in baju kurung
4 easy beauty resolutions you can follow for all of 2021
Dutch designer under fire for wanting ‘to see Malays dress beautiful again’
Do you know Coco Chanel? These books will introduce you to her timeless style
Strutting into 2021, what can you expect from fashion trends? Premium
Mastering office makeup in the age of face masks and Zoom
Hijab-wearing model Halima Aden opens up, detailing why she called it quits
MCO: Cruel cut for hair salons during otherwise lucrative period
How pairing sneakers with a suit sparked controversy for a fashion magazine