How costume designer Amy Roberts recreated the 1960s for 'The Crown'

After two seasons of dazzling, award-winning costumes, the task to take The Crown into the 1960s fell to Amy Roberts.

She has plenty of experience designing shimmering gowns and regal suits for period television, but taking on a big-budget behemoth such as The Crown for Season 3 meant walking the fine line between recreating the royal family's iconic outfits, including Prince Charles' Investiture and the queen's Silver Jubilee, and bringing her own creative flair to make those vivid 60s colours pop. – Will Thorne/Reuters

Was there a lot of pressure, stepping into Season 3, given what came before?

Oh absolutely, a huge amount of pressure. I had never worked with such a big costume team before, which was just wonderful, but it took some getting used to the scale of the piece.

I don't just mean story-wise, but the show does this thing called double banking, where most of the time you've got two units – two costume teams in different parts of the country – and you can be shooting for three or four different episodes at the same time.

You've got the art, the creativity of it, the visuals – those are your main concerns, but as important is to be absolutely on top of the organisation. You can't afford to muck up.

Talk about how the change in the British political climate in the 1960s affected the costumes you created.

The whole political climate was so different with Harold Wilson, the Socialist Party getting into power and a growing anti-monarchy feeling coming into England. Seasons 1 and 2 had been much more about post-war colours, fantastic colours, a lovely sense of the period, but very subtle.

With Season 3, we could be a bit bolder and I think these crazy times for the royal family were illustrated by what they wore, particularly the queen.

How would you say the queen's costumes are different this season?

I think she's more settled in her role as monarch and also in her marriage, like any middle-aged woman, I guess. Her clothes are a little more middle-aged. But the queen still wears very colourful clothes, and the royal family had a very weird taste at times in this period.

If you look at Charles's Investiture, there's the queen mum all in lime green; pink on Margaret; a kind of turquoise, striking blue on Anne, and then the queen in yellow. It's kind of a 'wow-zer' moment. And then there's Charles's heavy, ermine-lined robes.

Did you have to create those from scratch too?

Yes, that robe wasn't in existence, the whole thing was made. You have to be very careful about fur, and Netflix, quite rightly, has strict rules about not using fresh fur. If it's old fur from the 1930s or whatever, it's fine, but you can't farm fresh fur.

We had a big problem sourcing enough ermine that wasn't freshly farmed. We had to source it from all over and then have it cleaned and taken to a special furrier to be stretched. That was quite a big number getting that done, because if we didn't get it right. it would just look like a crazy Father Christmas costume.

Speaking of the investiture, when you're costuming, how accurately do you want to stick to precisely what the royal family wore at big events?

I have a big wall in the studio where I work, and we just spent two to three weeks researching, reading the script and working out what events are going to be filmed. So you've got that in the back of your mind, but we were basically just looking at references of the royal family during this period.

We picked key pictures and they went on this huge wall to illustrate how each character has a visual journey from where we start in the late 1960s to the Silver Jubilee. We have lots of pictorial references going through that era that are up there all the time, saturating your brain. But then you've got to turn your back on that.

There are key moments – like when the Queen goes to Aberfan, like the investiture or the jubilee – when a lot of people will remember what she wore, but I found it important not to copy exactly those dresses and suits. (Showrunner) Peter Morgan said to me that there's a particular DNA, a fine balance in The Crown between real and gritty on one hand, and stylised on the other, and I think that allows you to use your imagination.

It was important for me and my team to have flights of fancy.

I've heard you say before that you had very specific fabrics for the Queen and Princess Margaret, how did the two differ?

The Crown is a bit like a huge opera; there's an extraordinary cast of characters. There's the good woman – that's the Queen; the bad sister; the handsome prince, and each comes with their own set of colours and fabrics.

The queen is good and true, so we dressed her in lovely clear colours. Margaret is bruised and battered by life and her toxic marriage, so her style is much more daring and stylish.

The Queen has a more clear, sorted set of colours, not particularly muddied. She is sherbet dip colours, pinks and lilacs and sugared almond colours. Whereas Margaret is aubergines and olive greens and dull turquoises. Also dark chocolate, Margaret is like a box of expensive chocolates.

Looking forward to Season 4, everyone is most excited to see the arrival of Princess Diana onto the scene. How did you go about costuming arguably the Royal Family's biggest fashion icon?

(Season 4) is a real journey of spirit for her. We start at the very beginning. As a 15-year-old she was a very nice, pretty, slightly plump ordinary girl in ordinary clothes – not particularly stylish, not horrible, but quite Sloane Ranger-y.

She's living in a flat and cleaning her sister's house and working in a nursery. Her clothes really don't change until she is got at by the palace. When she's engaged to Charles and is moved to Kensington Palace before the marriage, her style changes.

How so? There's more money, there's etiquette, there's things to observe. Slowly, you see her transforming, and as the marriage begins to unravel, she changes visually, and towards the end, I think she becomes externally stronger.

It's almost like she's clothing herself in armour as she becomes hugely fashionable. That only slowly starts to happen in (Season) 4, towards the end. I can't probably say too much about the last episode, but I hope with her final look in Season 4, people will say,"This is her now this is what she's going to move on to."

I think it's fair to say that "Crown" viewers have been waiting to see how it deals with that transformation since the very beginning. Well it's a slow burn, Season 4, but it was just amazing to do and to work with Emma Corrin who plays her.

We tried not to think too much about all those Diana fans. I couldn't do it if I thought about that too much. We just had to be brave and get on with it.

Read more: Is Kanye West's dream of becoming the Steve Jobs of fashion a reality?

Where were you at with Season 4 when the production shutdown hit?

There was actually just one little piece of the jigsaw missing. There was just this little section that they couldn't complete, but they'll find a way around that I'm sure yeah.

And looking back on Season 3, if you had to name a favourite piece or character's costume from Season 3, what would it be?

I always say Princess Alice's nun costume. A great friend of mine said it's such an open, honest costume, and she was a phenomenal woman. Jane Lapotaire, who played her, was also phenomenal.

There's something about that costume that breaks my heart. I really love it. It was made from scratch and darned and mended and you may not be able to see that on the screen.

Something about that costume that made me feel OK, because she was outside of it all. I know the royal family have all had terrible times at one moment or another, but I just couldn't believe her story. I felt a huge responsibility to do her proud. 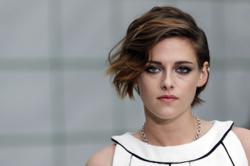 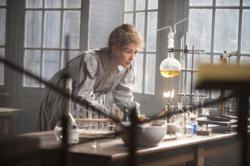