Tarik Jeans launches fashion collection to save the Malayan tapir

Tarik Jeans is raising funds and awareness for the endangered Malayan tapir. The streetwear label has teamed up with Volkswagen Malaysia to launch a special collection of T-shirts, caps, bandanas, tote bags, key chains and clothing patches.

A total of 50% of all proceeds generated from the sales of this campaign will be donated to the Kenaboi Forest Reserve in Negeri Sembilan on World Tapir Day, which falls on April 27.

According to the label, the Malayan tapir is the only Asian species native to the island of Sumatra, Peninsular Malaysia and Southern Thailand with a distinctive coat pattern. It is estimated that there are only less than 3,000 of them left.

The tapir has a lifespan of up to 30 years, but agricultural developments and deforestation, being hunted for food and sport and illegal animal trafficking have resulted in an alarming decrease in their numbers.

Afiq Iskandar, founder and CEO of Tarik Jeans, pointed out that the Malayan tapir has always been part of the label’s design aesthetics so much so that it was added as the brand’s logo – in addition to the main logo of the mamak teh tarik.

“Modern Nostalgia as a capsule collection speaks a lot about the archetypal Volkswagen models and Tarik Jean’s penchant for the retro-futurism Malaysian design scheme.”

Erik Winter, managing director of Volkswagen Malaysia expressed delight in partnering Tarik Jeans. He said that the Malayan Tapir is an endangered species, together with the Malayan tiger, Borneo elephant and orangutans.

“As ‘gardeners of the rainforest’, the tapir plays a crucial role in maintaining the biological diversity of their habitat as they help disperse and fertilise seeds much needed for the reproduction of trees, ” he added.

On World Tapir Day, here are some creative takes on this endangered animal 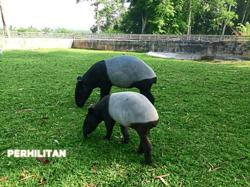 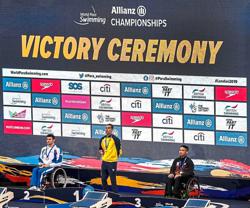