Modelling is certainly a fickle industry. Tastes change, and over the years, what is considered popular goes out of fashion. Those who are able to stretch their success into decade-spanning careers are the lucky few.

It takes more than good looks to catch attention on the runways. Some models have stories to tell or something to prove, while others leverage on their already-established fame or family background.

However they have managed to capture attention and fame, models know that they live in the “now”. Or rather, season to season, as the fashion weeks make their rounds among fashion capitals.

We take a look at the models who stood out so far for the 2020 fashion season. 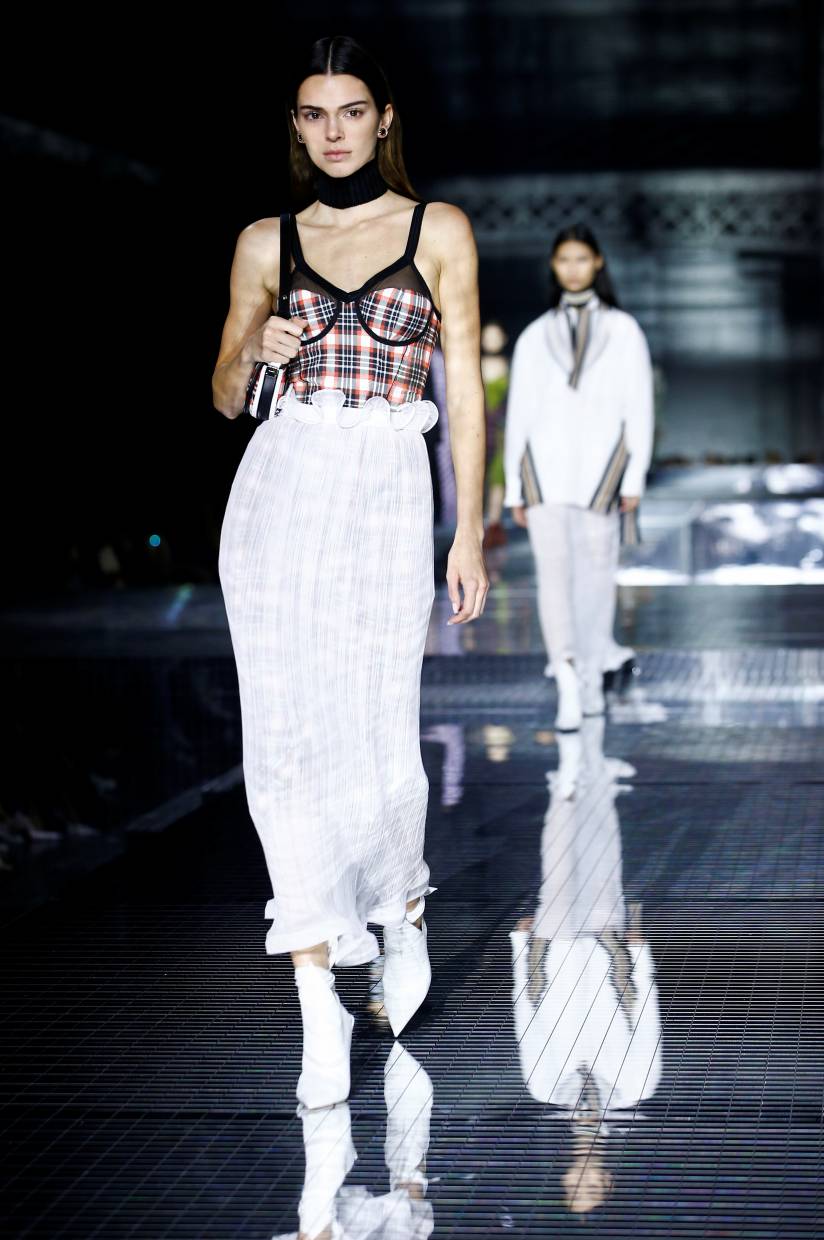 In a time when social media following translates into runway popularity, Kendall Jenner tops the “most successful” list. She can rally more than 100 million fans, according to data from specialist website models.com.

At London Fashion Week, she was seen headlining Burberry’s Autumn/Winter 2020 show. She walked for Versace in Milan. Last season, she also walked for Burberry and other big labels like Fendi and Versace.

In 2018, Jenner was named the highest-paid model by Forbes. She earned US$22.5mil (RM94mil) in the year (prior to June 18) which is the time period used by the financial magazine to determine its ranking.

Before making her runway debut in 2012, Kendall Jenner was a reality television star. Being able to make the transition into fashion’s major “it-girl” is, thus, an amazing feat.

Daring to be different

For Anh Duong, modelling came as an “accident”. She first trained as a ballerina and while on stage in Paris, was discovered by a photographer. Moving to New York in 1988, she quickly established herself in the fashion industry.

The 59-year-old, who is also an actress and artist, has graced the pages of Vogue and walked the runways of the most prestigious fashion houses. Her most recent appearance was at New York Fashion Week.

Duong, who is of Spanish and Vietnamese descent, defies conventions. First, for offering a different “face” to the industry. Her incredible staying power as a model is also something worth noting. She is proud of both aspects.

“In my 20s, they told me I would never model because I was mixed race and looked too exotic... Many moons later, I am still modelling and back on the catwalk, ” she posted on Instagram, after the Autumn/Winter 2020 Prabal Gurung show.

In my twenties they told me I would never model because I was mixed race and looked too exotic...Many moons later I am still modeling and back on the catwalk...It was my first big lesson in life on how to be your own leader. The fashion industry is the most powerful venue to influence how we view beauty and women. Today I am honored to represent my age group. It is important to use that voice in a way that will empower women and stop shaming them for their color shape or age. Beauty at any age. Beauty at any shape and color. Thank you @prabalgurung and casting @shaun.beyen @evelienjoos for supporting and loving women #righttoage #anhduong #believeinyourself #beautyatanyage @img @ivanmbart @julianniznik @jordan_roth #nyfw2020 #diversity

Jillian Mercado caused quite a buzz when she appeared on the runway for The Blonds during New York Fashion Week. The reason? It was her debut on the runway as a model with a physical disability.

Mercado penned a heartfelt message on Instagram after The Blonds show. She said that determination helped her get to that very moment. She also thanked those who believed in her.

“This moment is brought to you by a young girl looking through magazines – collecting them to the point of basically being a hoarder, and watching fashion television while taking notes of how to be the best in the industry...

“One that she was told again and again that it would never be possible, that the world wasn’t ready, that the world wouldn’t give her a chance. This moment. This exact moment, It’s for you.”

The 32-year-old, who is a wheelchair user (due to muscular dystrophy), has appeared in fashion shoots for brands like Diesel and Nordstrom in the past, and is considered a professional model.

It was about 10 years ago where at the time I was interning for various fashion brands and companies. I remember the exact day that I was finally invited to a fashion show year 2012. ⁣ ⁣ The excitement in my mind nearly exploded. I remember planning my outfit for the day, sleeping early to make sure I was not late and talking to my friends about how I couldn’t believe that I was going to my first show! I couldn’t contain myself and wore the most elegant outfit I had.⁣ ⁣ The line at the venue was around the block, I was so scared that the room would not have enough space for me. But thankfully, I knew a few people from school who were working at the door and took me to my seat. I can’t even begin to explain to you the energy in that room. Everyone was waiting with anticipation, photographers were taking photos of everyone attending, and my adrenaline was at its highest of highs. From my seat the models on the runway were extremely tiny. I was sitting in row six but nothing mattered, I was just so happy to be there! I thought to myself as the models walked down the runway “one day...one day I will be in the first row...Or better yet, how iconic would it be if I was actually in the show...!!!”⁣ ⁣⁣ Flash forward to a couple years and every season I attended this particular show. Every season I was blown away by how amazing their collections would be. To this day I want to own every single garment. ⁣⁣ ⁣⁣ February 9th, 2020 was a complete full circle. The Blonds was the first show I was ever invited to. Even then they understood that everyone deserves to feel included. Not only was I able to attend the show, year after year as a guest, I can now actually say I’ve been in the show. My very first high fashion runway show!! I can assure you that this is only ⁣the beginning. ⁣⁣ ⁣ ⁣ Thank you to @theblondsny, @imgmodels @lorraine_antonetti ⁣⁣ ⁣⁣ Remixed music by @simensez from the iconic @rosalia.vt 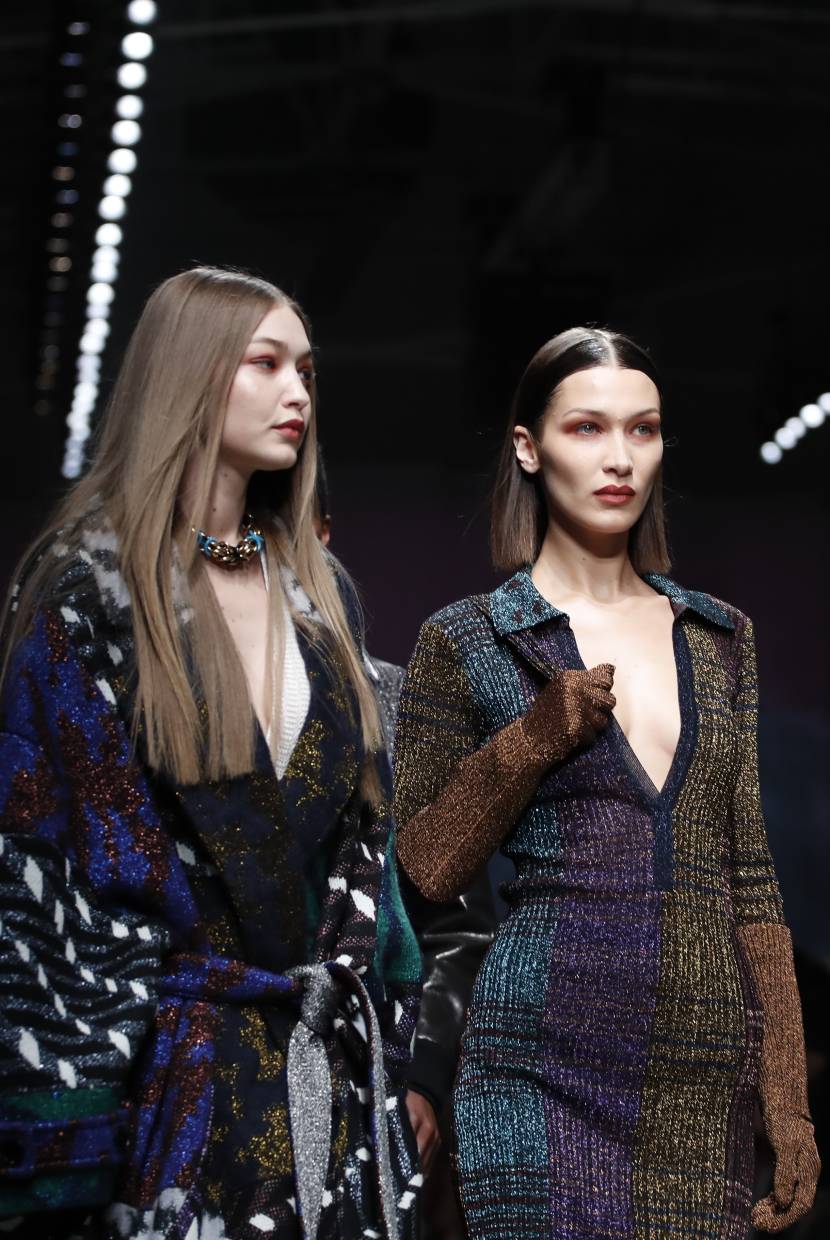 For Gigi (left), 24, and Bella Hadid, 23, it has not exactly been a double act. While the sisters have walked runways together, they are successes in their own right – each favoured for their distinctive looks.

In fact, the two have tried the hardest to distance themselves from each other. Back in 2016, Bella told Allure that she dyed her naturally blonde hair brown to look different from her older sister

“I just have a darker personality. And my sister being blonde and me being brunette, it’s a good separation, ” she said.

Yes, you can say that both of them certainly ruled the Autumn/Winter 2020 runways.

For Spring/Summer 2020 (which included the men’s weeks), the two have been seen strutting their stuff for more than 35 shows.

Modelling runs in the Hadid family. Mother, Yolanda Hadid, is a former model, while brother, Anwar Hadid, is a rising model in the menswear market.

Having the support from family most probably helped the Hadid girls a lot. Gigi got her first modelling job at the age of two. She made her New York Fashion Week debut at 19, the same year as her sister, who was 18.

“When I was a kid, modelling felt more like I was having a snow day [from school] – only you were running around the beach, being a kid with other kids, ” Gigi told Elle last year.

Designer handbags made from stale bread? This fashion brand wants your dough
What is a Brazilian manicure and why is it now a beauty fad?
Turning sushi into sneakers? This is not just a mere 'fish story'
Milan Fashion Week hears calls for designer diversity, but has it done enough?
Harry Styles stylist Harris Reed takes over at Nina Ricci, he is just 26
How Kate Middleton, Princess of Wales, will now take up the royal fashion mantle
Menswear draws on a youthful vibe for the Autumn/Winter 2022 fashion season
Fashion wants to improve on sustainability, but its plan has a huge hole
K-beauty's new star anti-ageing ingredient is... salmon sperm
Why did Kanye West's relationship with fashion brand Gap fall apart?