In Britain, archeologists are struggling to make ends meet

A file photo of an archaeologist digging up human bones a few hundred years old in the centre of Halle, Belgium. According to a recent report, British archaeologists say it is getting harder to earn a living. Photo: AFP

What child hasn't dreamed of following in the footsteps of Indiana Jones, perhaps the world's most famous archaeologist?

However, the reality of this profession is far from being as glamorous as the image conveyed in the George Lucas and Steven Spielberg movie franchise.

A recent British survey even reveals that the sector is in the grip of a financial crisis. Indiana Jones may have influenced generations of budding archaeologists, but his lifestyle is far from reflecting those of his colleagues in the "real world".

The British Archaeological Jobs Resource surveyed 755 people working in the field of archaeology to identify what difficulties they face on a daily basis. The organisation found that most of them can no longer make ends meet.

The average annual salary of a British archaeologist is £21,820 (RM118,075). This is considerably less than the £25,500 (RM137,990) that the Joseph Rowntree Foundation estimates is necessary to enjoy a decent standard of living in Britain.

This low pay puts industry professionals in an "unsustainable financial position". Indeed, more than a third of them said that they rely on consumer credit products every month to pay their bills.

"Archaeologists are facing the very real prospect of economic deprivation, with the outlook for their families looking bleak if there is no change," reads the report.

The industry professionals most affected by this impoverishment of the sector are those at the beginning of their careers, especially if they have children to support. The majority of them are in a situation of food poverty, and are forced to skip meals or resort to food banks to get by.

These dismal living conditions affect their personal and professional well-being. Two-thirds of British archaeologists surveyed say that the financial difficulties they face affect their mental health, while 55.8% of respondents say they feel shame when discussing financial matters.

This is causing many professionals to consider a career change: only 35% of respondents are confident that they will be able to continue working in archaeology in the next few years.

"We often talk about archaeology as a profession, with reduced focus on the people who make up that profession. It becomes important to consider how the composition of the workforce is having an impact on both the short- and long-term prospects for the industry as a whole," the report authors write. 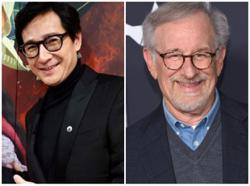 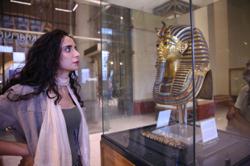