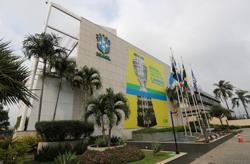 The Community Building Through Football programme is aimed at enabling Kampung Medan’s youth to hone their football skills and participate in a healthy activity that can help keep them off the streets. Photos: Sunday Cowboys Football Club

Themed “Community Building Through Football”, the programme is aimed at enabling them to hone their football skills and participate in a healthy activity that can help keep them off the streets.

“With some funding from the Selangor state government, we successfully continued developing many talents who have gone on to play for bigger clubs,” said Mascrinhos in an email interview.

SCFC is divided into two groups – the Social League Squad (SLS) (comprising 30 working adults between the ages of 30 and 45) and the Football Association of Selangor (FAS) League Squad (30 players who are around 20 years old).

Apart from carving a name for themselves in the FAS League, the club has won several tournaments and consistently finished nicely at the mid-table of the FAS League (Division 1), gaining promotion to the FAS’ Premier League two years ago.

To Mascrinhos, 56, the programme is part of his effort to reach out and assist youths from the B40 income group.

“Unlike children from higher-income families, kids from underprivileged backgrounds can’t afford the fees at football academies. Therefore, it is imperative to provide the same technical and football skills training to youths regardless of their financial background,” said Mascrinhos, who is a Football Association of Malaysia (FAM) certified coach. 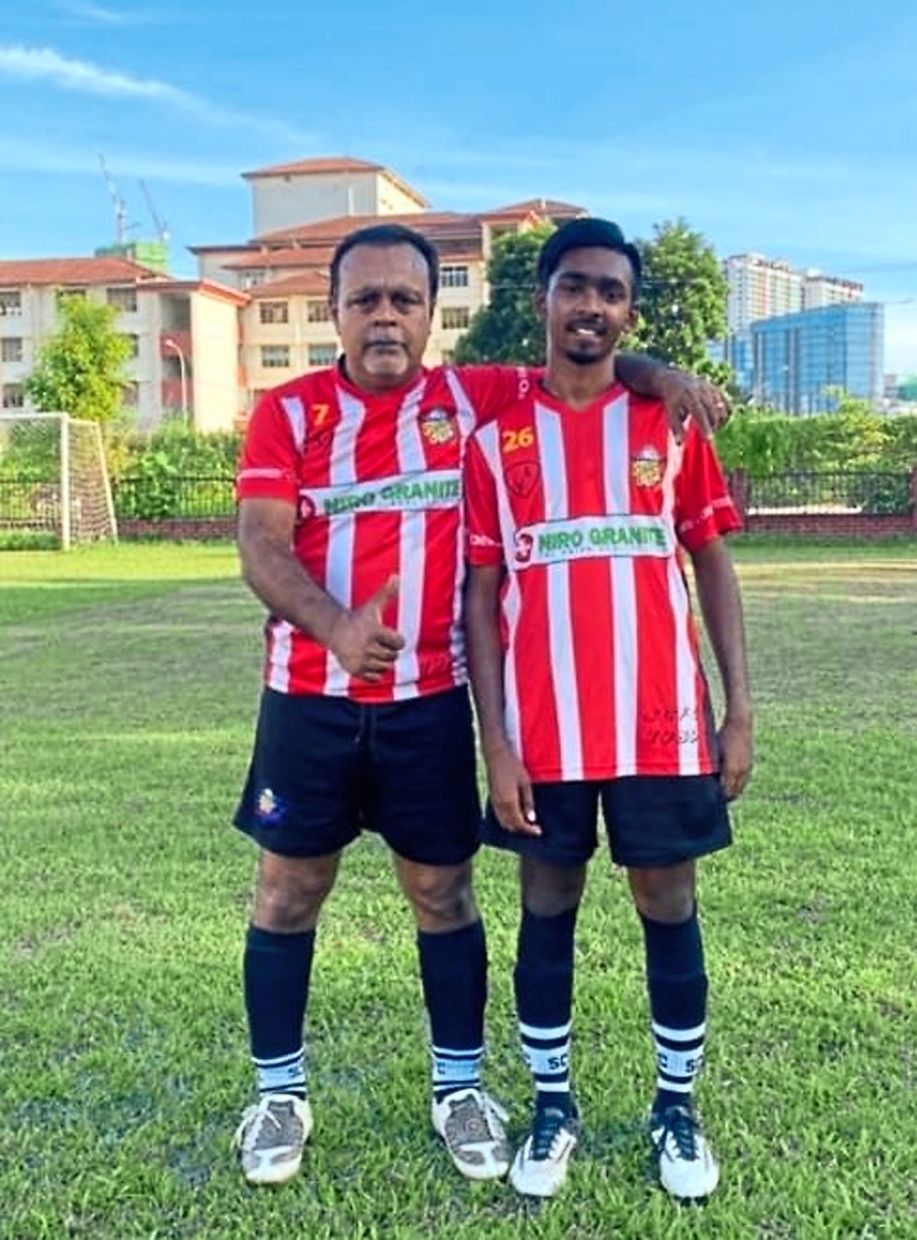 Mascrinhos (left), seen here with his nephew Logan Rio, is among many Malaysians who are finding ways to help youths living in areas with social problems.

“Our League Squad members are mainly school-leavers who are immediately introduced to a higher level of competitive football, giving them the perfect platform to showcase their skills whilst learning from the more seasoned players from SLS,” said Mascrinhos, who co-runs a PJ-based funeral parlour.

For the past nine years, Mascrinhos has dedicated his Wednesday nights to training the squads. He also occasionally calls on the players to participate in friendly games on Sundays and joins them for weekly fitness training. It’s a lot of commitment, but Mascrinhos knows it’s for the greater good.

“My aim is to instill in youths the vital traits of teamwork, discipline, dedication and the importance of being literally, goal-oriented.

“These are fundamental virtues in character-building that will serve them well not just in football but in tackling the greater game of life.

“The philosophy which I’ve always stressed with my players is that in football, as in life, you will win some and you will lose some. What truly matters and what determines whether you succeed or not is how you play,” he said.

The community spirit is also evident among the team.

“We speak Bahasa Melayu to each other and most importantly, we communicate easily through the universal language of football. Many community members from the area have been instrumental in developing and harnessing the players’ skills.

“The fact that SCFC’s FAS League Squad is still, nearly 10 years on, powered by almost 90% of Taman Medan players speaks volumes about the tremendous support by the good folks there.

“But I am well aware my players are not ready to play at that more competitive level yet. (After all, they) are very young, inexperienced mavericks who must face more developed, seasoned players,” said Mascrinhos.

There is a monthly subscription fee for all the club players, but it is waived for the FAS League Squad players. The club survives mainly on funds sponsored by Mascrinhos and his deputy president Ram Pratap, monthly membership subscriptions and sales of football paraphernalia.

Mascrinhos is glad he can contribute to one part of the community.

“I am living my boyhood dream. We have progressed from being just a social team of weekend footballers to a credible football club. I would love to think that we have made a difference by shaping their confidence and outlook in life. Nothing, no trophy, championship nor league title, would be more meaningful to me personally than that.”

Malaysian crafter sells crochet portraits to make ends meet during Covid-19
Former Malaysian ship's cook has been knitting with passion for over six decades Premium
Djokovic leaves Australia but debate goes on in vaccine saga
Shebby Singh: remembering a football pundit who lived and breathed the beautiful game
These Mongolian doctors trek to remote areas to give herders jabs
After space, Japanese billionaire Yusaku Maezawa's targets the Mariana Trench
This ice cream vendor from Soweto keeps generations smiling
Sabahan wears traditional Kadazan outfit weighing over 4kg for her graduation
These gardener-activists are sowing seeds all over cities and spreading the word on TikTok
Meet the farmer who raises chickens for Germany's Michelin-starred chefs