For many, the white suit and the hat are part of the typical image of a beekeeper, but by no means all beekeepers work like this. Photo: Ole Spata/dpa

Urban beekeeping has become increasingly popular in recent years, with colonies popping up in cities around the world, placed on rooftops, back yards and even balconies.

Technically, anyone can keep bees without specific training, whether or not they're in a city, which might explain its popularity.

However, experts often recommend taking classes or learning from experienced beekeepers first, as the time-consuming hobby comes with a responsibility for thousands of animals and requires a lot of technical knowledge and dedication.

In Germany, for example, beekeeping is also a recognised profession that involves a three-year training.

Chiara Koeser works as a professional beekeeper for the Chamber of Agriculture of the state of North Rhine-Westphalia. Her job is both challenging and keeps her grounded, the 23-year-old explains during an interview. For beekeepers, no two days are the same, but it's always about the well-being of the bees. Photo: Andreas Arnold/dpa

First lesson: every day on the job is different as beekeeping involves complex and diverse tasks.

"On a typical summer's day, we load the van with tools and equipment early in the morning," Koeser explains. She then drives off with her team to check on the bee colonies.

"We have to make sure the bees have enough space for the brood, in order to prevent them from swarming. We also set up new honey chambers if necessary and basically check whether all colonies are doing well," the beekeeper says.

Each step needs to be documented carefully for her colleagues. Even though bees are active during the warm summer months, winter time is still pretty busy for beekeeper Koeser.

"We need to prepare the bees for winter, to make sure that they have enough to eat," she says.

During this time she also treats, cleans and stores the empty combs to protect them from wax moths and to get them ready for the next season.

In addition, there is always something that needs fixing with the beehives. Koeser also needs time to prepare for the markets where she sells honey and candles.

For Koeser, a highlight is to wander with the bees from one location to the next – meaning to pick them up early in the morning and drop them off somewhere else.

It might sound odd, but the young beekeeper also looks forward to being stung for the first time every year – which means that the season is kicking off, she explains. 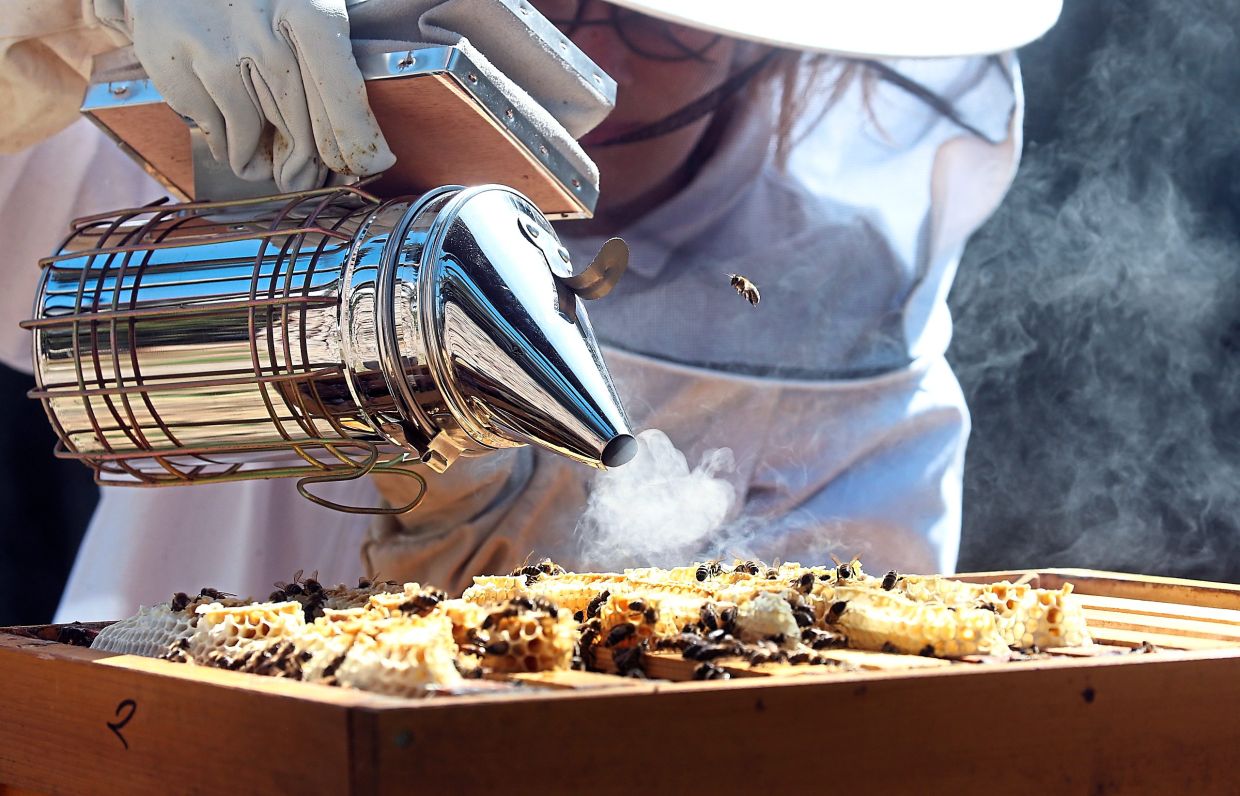 "We try to work without protective gear like veils or gloves, simply because it allows you to have a better view and feel for the bees and the colonies."

This means that Koeser gets stung at least once a day during main season – "but you get used to that quickly", she says.

The well-being of the bees should always be at the centre of a beekeeper's work. Sometimes this means having to make difficult decisions very quickly.

This can be tough sometimes, Koeser warns, for example, when a colony is threatening to perish and you are trying to get an infestation under control. One of the best parts of beekeeping is the ability to work outdoors. Photo: Bernd Thissen/dpa

"You cannot shy away from responsibility and the consequences, after all, you are the executive body of the hive," the expert says.

Many aspiring beekeepers particularly underestimate the physical effort required. "It's a very strenuous job. It involves a lot of craftsmanship and also some cleaning work."

Those looking to make money with their own honey will also need a lot of resilience, as it is difficult to compete with supermarkets and the industry.

"You also have to be flexible, because the job is very time-consuming," Koeser stresses.If you are willing to put an effort and are not intent on making a profit, however, beekeeping can be a rewarding way to interact with animals and the environment. – dpa

A highlight of happenings in China: Fewer footprints, great games and lots of bees

How Nepal has managed to double its tiger population