Ivanna (centre) is lucky to have Rheanna (left) and Usha as her pillars of strength. Photos: Usha Nair

Like many teenagers, Ivanna Nehanda Tara, 17, loves to dress up and take wefies with her sister, Rheanna Deandra Tara, 19.

However, changing in and out of clothing is not a simple task for Ivanna, who has cerebral palsy.

"Ivanna loves being fashionable. However, due to the difficulty of dressing up, she resorts to wearing baggy clothes. Her condition has impacted her ability to do various daily tasks on her own. She struggles with mobility in her right arm and in both legs," said Usha Nair, Ivanna's mother, in an email interview recently.

Usha added that even people with disabilities want clothes that are fashionable and easy to put on.

"They need to be able to express themselves through fashion without having to worry about their disability 'getting in the way'," said Usha, 52, who left her job as a public relations manager in a financial institution to care for her special needs child.

"I have struggled to find clothing for Ivanna off-the-rack in department stores. Some dresses are designed in such a way that she can't even slip them on her body." 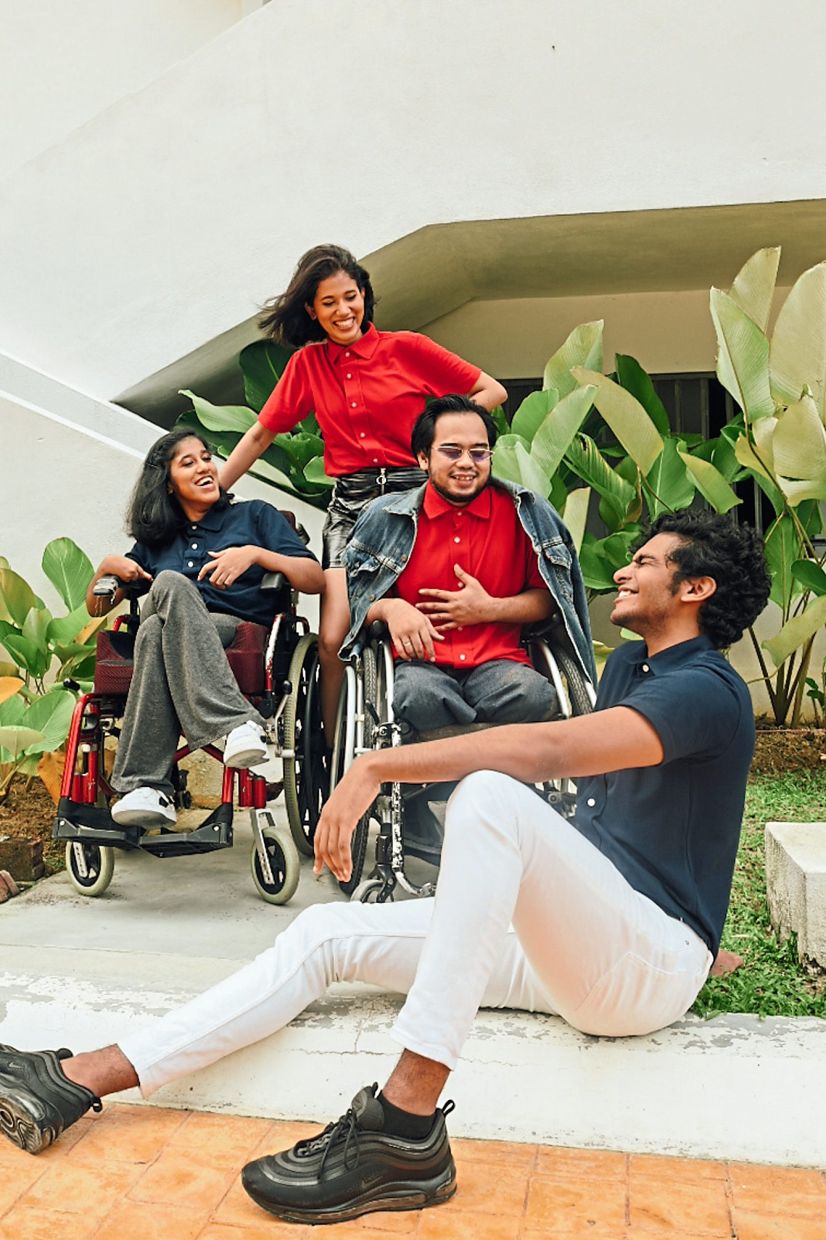 With adaptive clothing, people with physical disabilities can slip on and slip off their outfits easily.

As Ivanna grew older, Usha realised the need to create clothing suited to her needs. Hence, she decided to design such apparel – known as adaptive clothing – herself. (Adaptive apparel is clothing, garments and footwear specifically designed for senior citizens, people with disabilities, and people with limited mobility.)

Usha soon came up with a range of magnetic button polo T-shirts under the name Dawn Adaptive.

As Usha doesn't have any fashion background, she teamed up with Bernard Nathan, a disabled person who owns a talent company that casts differently-abled and alternative models. Usha's magnetic button polo T-shirts were tested on people with dexterity issues to ensure they could wear and remove the T-shirts easily.

To ensure she ticked all the right boxes, Usha also did a survey with 60 people of differing physical abilities.

"We listened to their wants and needs – including material, price point and design – in creating the outfits. After some contemplation, we opted for polo T-shirts because they can be worn for leisure and semi-formal events.

"For the magnetic buttons, we did a lot of research and development to find the right strength. We also tested them with people with dexterity issues to ensure they could wear and take off the T-shirt easily," shared Usha, who plans to offer pants, jumpsuits and children's wear for people with special needs soon.

Globally, the World Bank reports that one billion people, or 15% of the world's population, experience some form of disability.

The number of registered persons with disabilities (PWDs) under the Social Welfare Department in 2017 was 453,258. Out of this figure, PWDs in the physical category recorded the highest number at 35.2%.

Usha joins the ranks of these groups of people who empower those with limited mobility.

More importantly, she is relieved Ivanna is enjoying her independence and regaining her confidence.

"Adaptive clothing gives a psychological boost to people with limited mobility. There is a psychological term called 'enclothed cognition', which is the systematic influence that clothes have on the wearer's psychological processes. This feeling is felt by everyone, whether you have a disability or not."

Usha is passionate about her cause and goes the extra mile to rope in people with disabilities whenever possible. She worked with PWDs for the clothing's graphic designs and for her company's accounting matters. The company's in-house graphic designer is also a person with special needs.

"We also give opportunities to PWDs and parents of children with disabilities to sell our products. They dropship our products and earn commission by doing so.

"We have also collaborated with other small businesses, especially with families with disabilities. We believe this initiative can empower them and at the same time, we can reach out and expand our network to the people who matter most," said Usha.