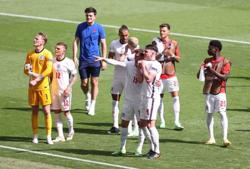 Chief coordinator Andrew (right) with members of the Preston Windrush Covid Response team as they dish out West Indian meals for delivery at the Xaverian Sanctuary in Preston, England. Photos: AFP

Glenda Andrew pulls a tray of salmon from the oven, filling the community centre’s kitchen with the aroma of garlic, cayenne and lemon rising from its crackling skin.

It is the scent of memory, of family dinners and church socials – the warmth of the Caribbean in the middle of a grey English winter made gloomier by Covid-19.

This is food for the soul, Andrew says, and it’s needed now more than ever by Britain’s older immigrants who have been isolated from friends and family by the pandemic.

Once a week, the 57-year-old joins other volunteers to prepare hot meals with the zing of the islands, which they distribute for free to people in Preston and surrounding communities in northwestern England. The area has recorded some of Britain's highest coronavirus infection rates.

“It’s a great way to connect and build that relationship, but I didn’t know that at the time, ″ Andrew said of the project’s beginnings. 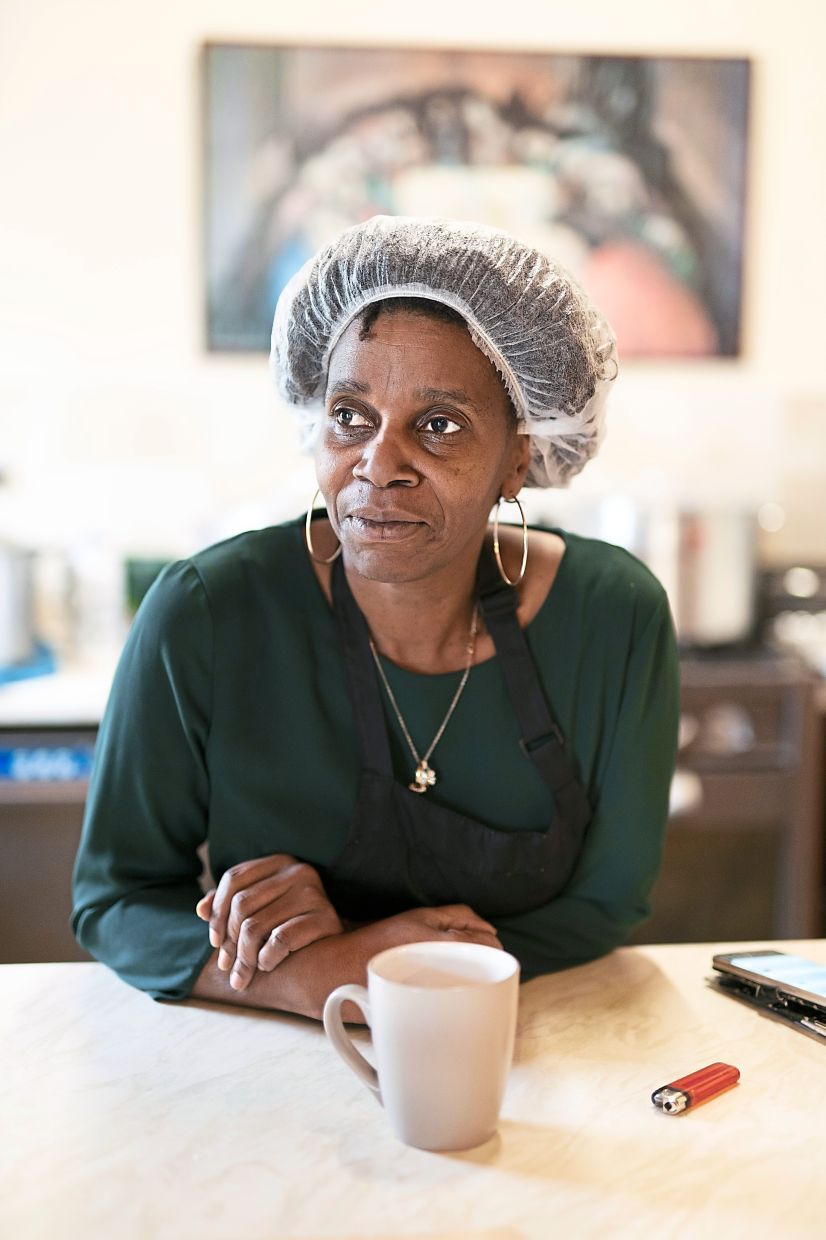 “I just knew that I wanted to do something and make sure that they were getting a hot meal – not sandwiches, not soup – getting something that they’re accustomed to eating and hope that they would enjoy it,” says Andrew.

“I just knew that I wanted to do something and make sure that they were getting a hot meal – not sandwiches, not soup – getting something that they’re accustomed to eating and hope that they would enjoy it.”

Once a week, for the last 42 weeks, the lucky seniors on Andrew’s list have been treated to delicacies such as jerk pork, curry goat and cow foot soup accompanied by rice and peas, yams and plantains.

Portions are hefty, so there’s enough to go in the freezer for another day. Last week, some 400 meals were packed into yellow foam packages and delivered by volunteers.

The meal programme grew out of Andrew’s work with Preston Windrush Generation & Descendants, a group organised to fight for the rights of early immigrants from the Caribbean and other former British colonies who found themselves threatened with deportation in recent years.

The Windrush Generation – named after the ship that carried the first migrants from the Caribbean in 1948 – came to Britain in response to a government call for workers from throughout the Empire to help rebuild the country after World War II. 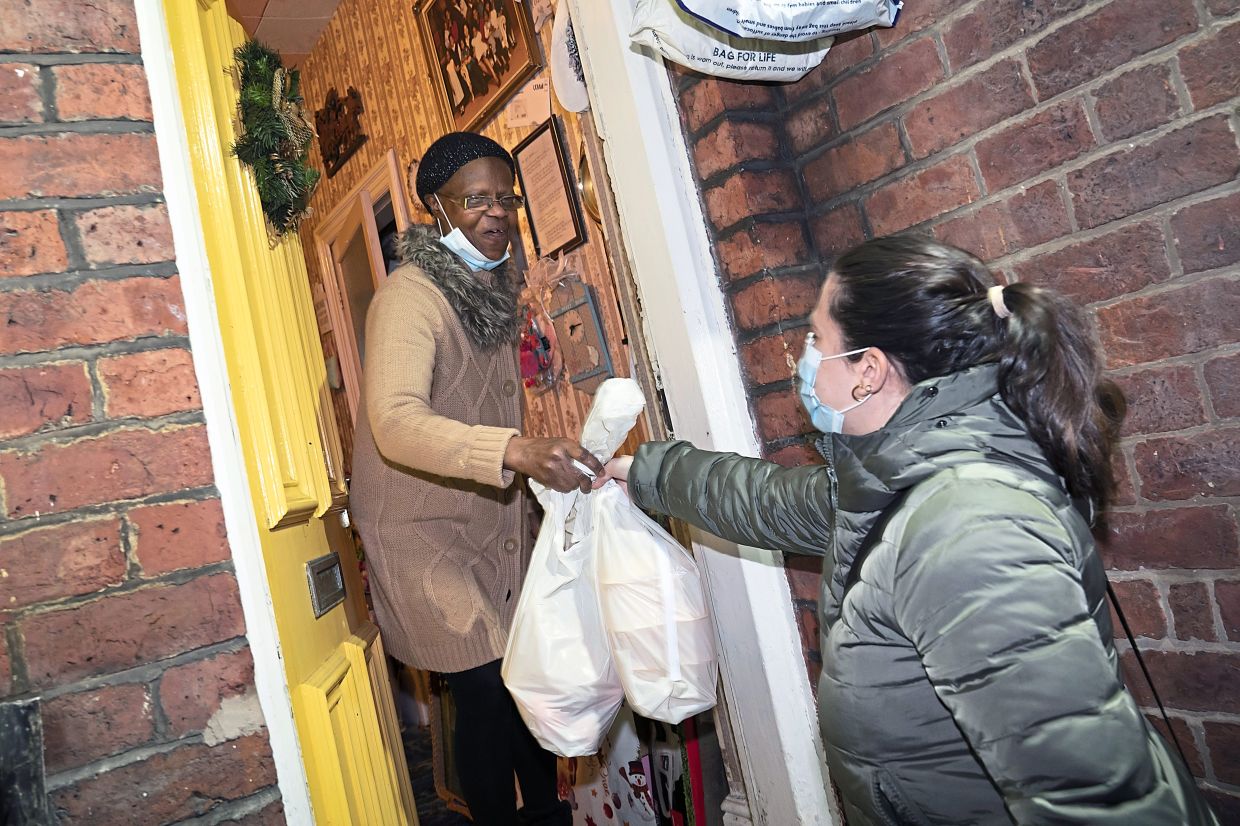 The Windrush Scandal rocked Britain in 2018 amid a crackdown on illegal immigration. Long-term legal residents lost jobs, homes and the right to free medical care because many arrived as children and couldn’t produce paperwork proving their right to live in Britain.

Some were detained, and an unknown number were deported to countries they barely remembered.

When the coronavirus pandemic struck Britain, the free-spirited Andrew didn’t want the community to be victimised again. She decided to create her own food programme tailored to the taste buds of the people she grew up with.

Nothing is too good for Andrew’s people. They get the best. No pilchards here.

“Salmon is a delicacy, isn’t it? You know what I mean? They’re worth it, ” she said. “They brought us up, they’ve taught us so many things. They gave up their life in the Caribbean to come here.’’

In addition to food, the volunteers offer a bit of human contact. 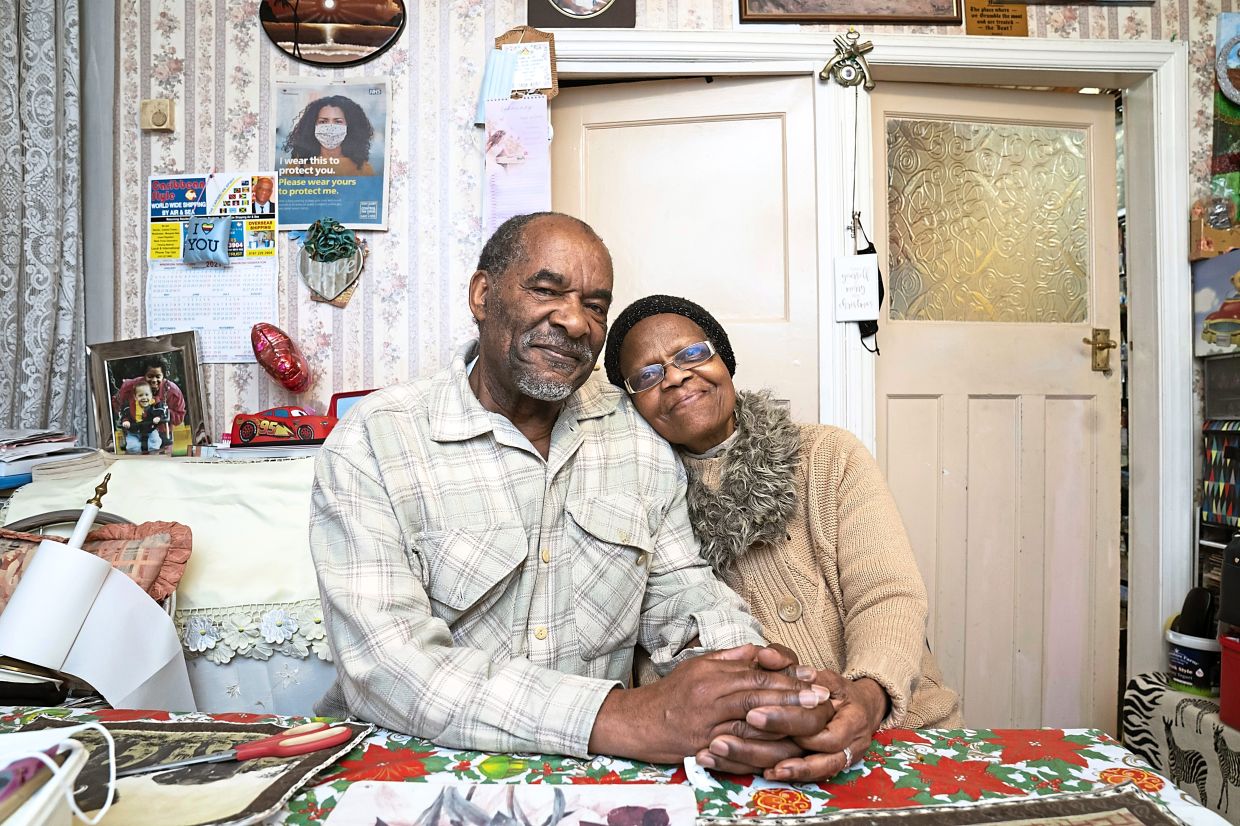 Sylius (left) and Bridgette Toussaint pose for a photo after having meals delivered by members of the Preston Windrush Covid Response team.

The loneliness and isolation of the past year is painful for many of the seniors. When deliveries arrive, they seek out friendly gossip with the volunteers about what their neighbours are up to.

Sylius Toussaint, 81, who came from Dominica in 1960, said chatting with volunteers like Dave Williams helps as much as the food.

“They say hello and give you a meal, and maybe for just a few seconds at least you see someone new; someone you haven’t seen all week, ” Toussaint said as his wife, Bridgette, shot him a bemused look. “If you are on your own, it is so nice to see a fresh face – especially bringing gifts.”

Andrew wants to keep the meals flowing, even as optimism grows that Britain’s mass vaccination programme may soon allow lockdown restrictions to be eased.

The project runs on donations and the energy of Andrew, who seemed to be in a dozen places at once as she marshalled her volunteer chefs last week. For now, they use a donated kitchen in a community centre, but there’s a glimmer of hope for a more permanent venue at some point – maybe a place the community can gather.

But that’s in the future. For now, the volunteers plan to just keep going, gluing the community together with plates of rice and peas.

“Initially it was the food and, as I said, I didn’t know what we were creating, ” Andrew said. “And it’s been amazing.” – AP

Baking and helping the needy: Two things this Malaysian pastry chef loves to do 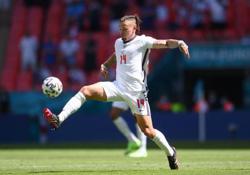