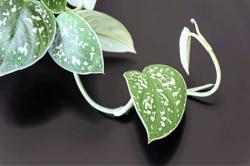 A set of five windows are staggered at the entrance to invite views to the inside yet make the visual journey almost an infinite one. Photos: Inchscape

Held from Nov 28 - Dec 18 last year at Lianhua Hill Park in Futian District, China, Lim represented Nanshan District, one of the 12 districts of the city of Shenzhen. 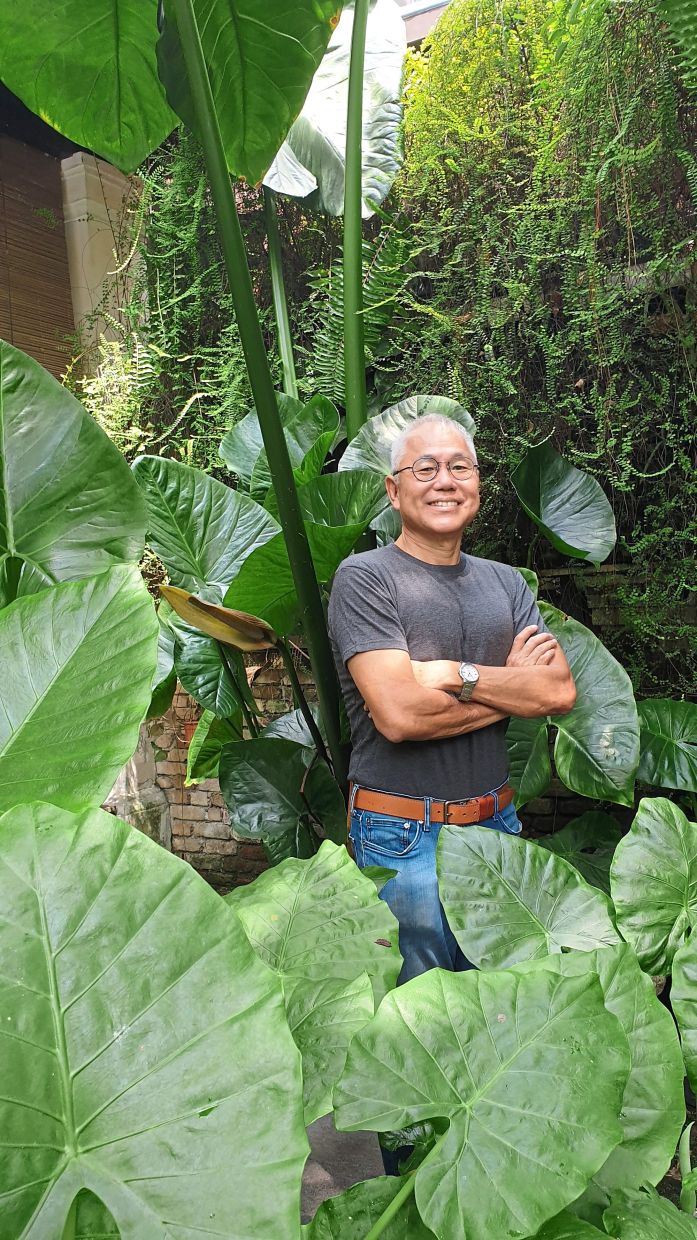 Lim says the Nan Kwang Ting: Garden of The Southern Light pays homage to classical Chinese gardens.Two years ago, Lim bagged the ‘Best of Show’ and Gold and Horticulture Excellence awards in the Singapore Garden Festival 2018. He was also the first Asian designer to be invited to judge the Show Gardens competition at the prestigious BBC Gardeners’ World “Live” 2019 in Birmingham, England.

This year’s Shenzhen Bougainvillea Show was at its grandest since its inception in 1999. Spanning over an area of 200,000sq m and attended by close to two million visitors, the show’s four core areas featured 12 themed gardens, 230 varieties of bougainvillea, 200 bonsai (potted plants) and more than 200,000 other specialty flowers.

“I applied the Chinese garden design principles of yin and yang, solid and void, motion and stillness, hard and soft, and added a contemporary twist. Chinese characters are logograms; they lend themselves beautifully to spatial design such as garden landscape. I used ‘Ting’ (庭, meaning courtyard) for the overall layout and arranged the garden elements within it.”

Lim also erected wooden walls to divide the garden to create the illusion of a deeper, richer landscape. Smaller, intimate scenes were composed within each section to entice and surprise visitors as they wandered through the garden. 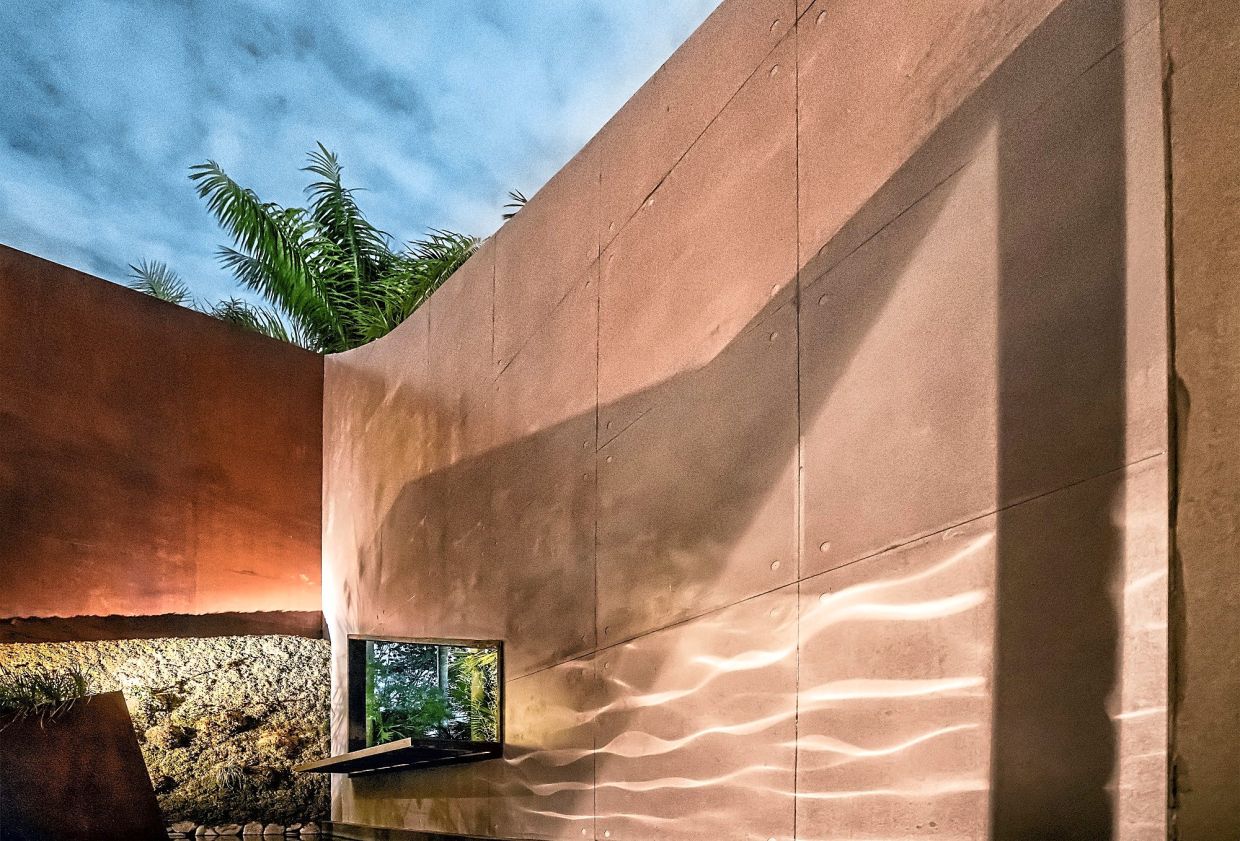 “There are three main spaces in the garden – a rock garden, a waterscape and a pavilion in between. The pavilion overlooks the two spaces and takes in the full sensory experience of sight, sound, smell and touch. At the north end, I erected a 7m wall to enclose the garden; its stark colour and texture form a backdrop for the vibrant flowers and plants.”

Another stand-out feature of the garden is the window. A set of five windows were staggered at the entrance to invite views to the inner portion yet make the visual journey almost an infinite one.

Inside the garden, irregular-shaped windows on the walls framed the scenes and cast interesting patterns of light and shadow that change according to the time of day.

“I want visitors to come away with a sense of awe for Chinese garden landscape, ” Lim said. “This garden relooks at our precious heritage and tries to make it lively and relevant to today’s people without losing its essence, and to promote the beauty of Chinese culture.” 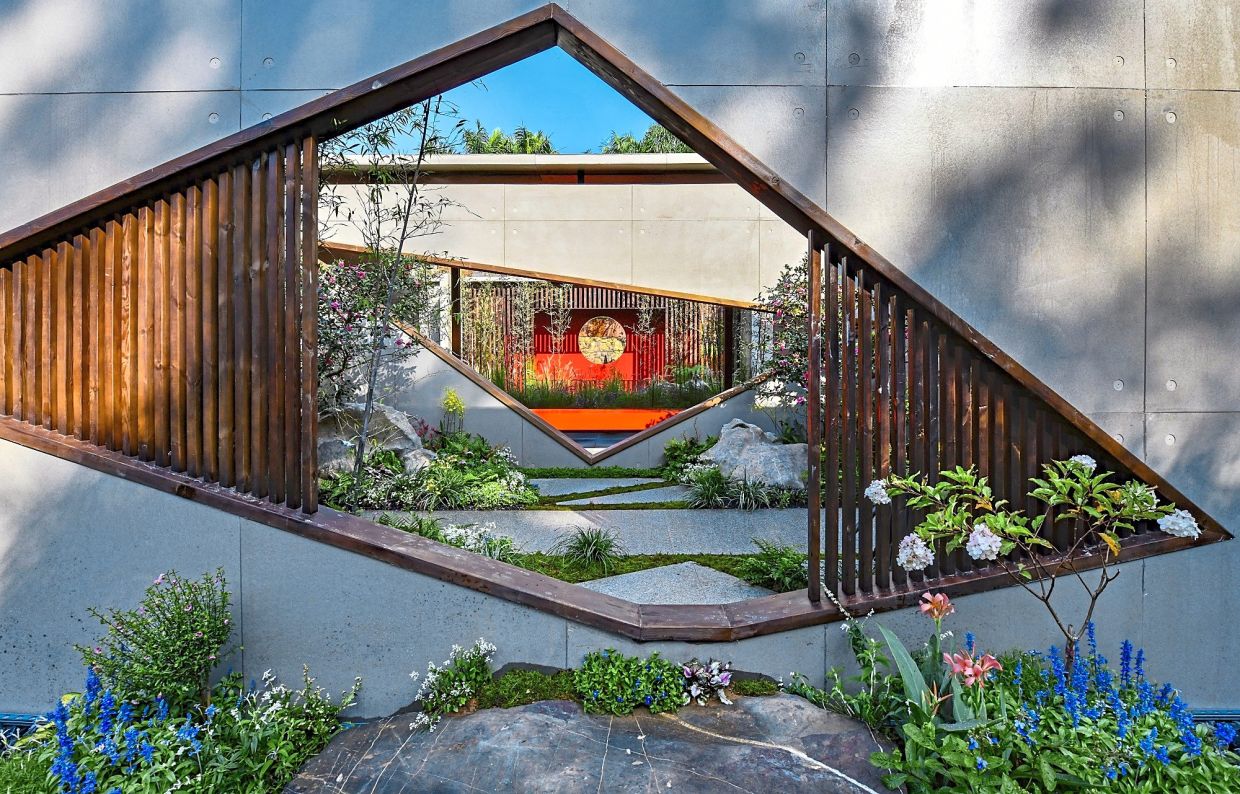 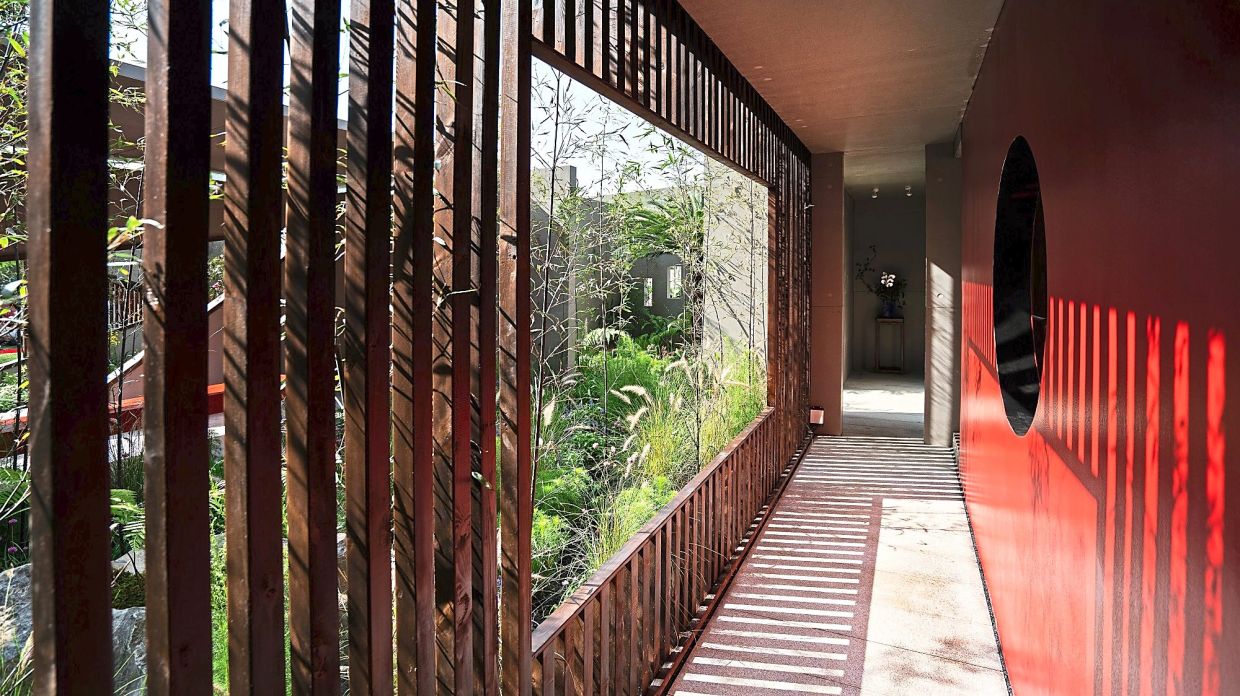 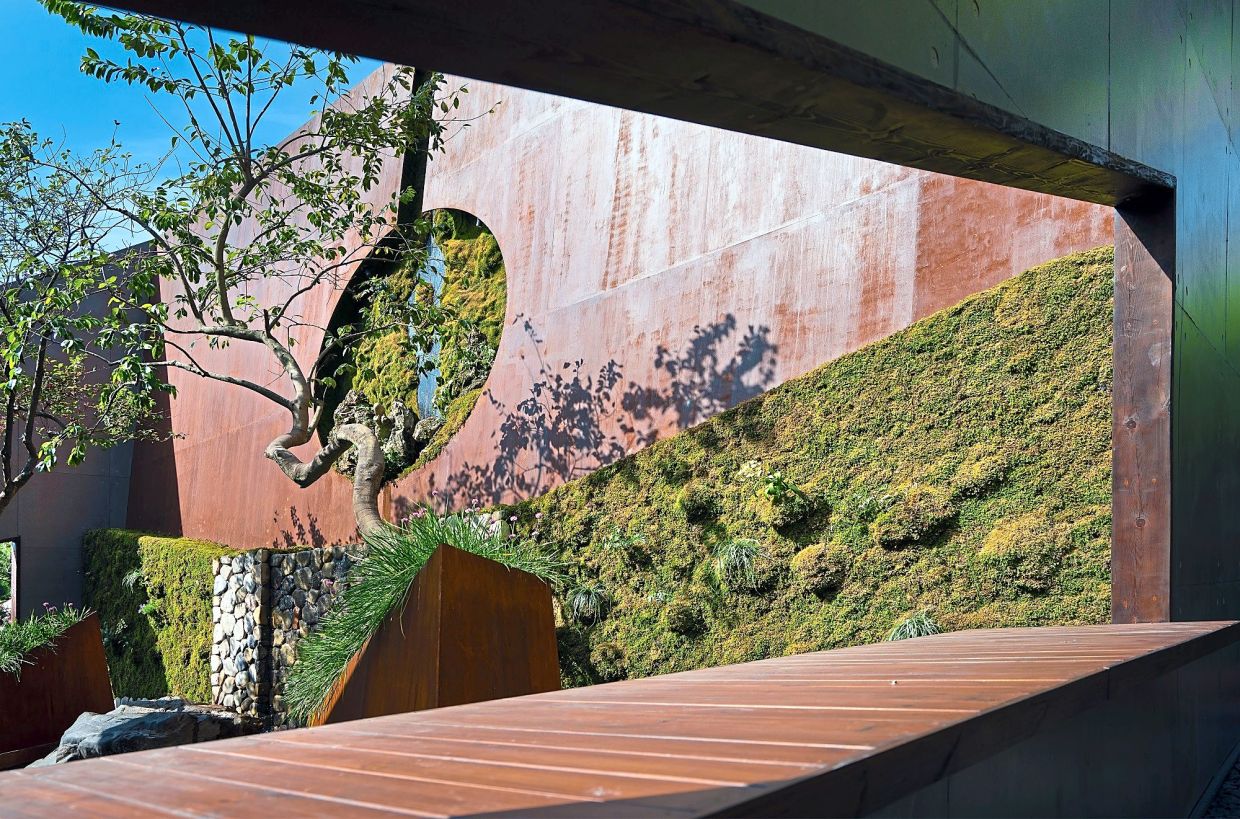 A set of five windows are staggered at the entrance to invite views to the inside yet make the visual journey almost an infinite one. Photos: Inchscape

The pavilion that sits between the rock garden and waterscape takes in the full sensory experience of sight, sound, smell and touch.

Wooden walls and screens divide the garden to create the effect of a deeper and richer landscape.

A 7m wall encloses the garden in the north end, its stark colour and texture forming a backdrop for the vibrant flowers and plants.

The garden comprises of three main spaces: a rock garden, a waterscape and a pavilion in between. - Inchscape

Bangkok gets ready to burst into bloom in December 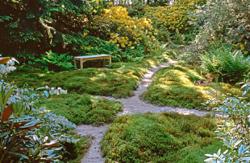 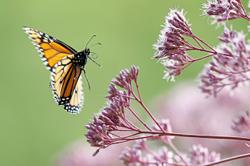