Kavievanan Subramaniam, 23, had big dreams to work as a mechanical engineer after his graduation in February. But everything changed due to the Covid-19 pandemic.

"Many companies were retrenching staff during the movement control order. I knew it would be a challenge to secure a job," said Kavievanan during a phone interview recently.

In May, he decided to start a business selling masala tea on wheels around the Brickfields area in Kuala Lumpur.

Between 3pm and 6pm, he can be seen there cycling his bicycle, which is equipped with a large stainless steel container loaded with piping hot Indian spiced tea. Engineering graduate Kavievanan decided to sell masala tea on wheels after he faced difficulties in obtaining a job during the pandemic.

His special blend is concocted with cinnamon sticks, ground ginger, pepper, cardamom, evaporated milk and condensed milk. He sells a cup of chai for only RM1.

“Masala tea is popular among Indians because it’s refreshing and aromatic. It contains many spices which have various health benefits too. I learned how to make this popular beverage from my mother, ” he said.

At 1pm each day, he prepares over 20 litres of masala tea in his home in Bandar Tun Razak. He then loads up the freshly brewed tea onto his motorbike and goes to Brickfields.

There, he transfers the tea to a bicycle and cycles around the area.

“My tea is sold in the late afternoon because that’s the time people enjoy drinking tea. In a day, I can sell about 100 cups of my hot beverage. So far, business has been encouraging, ” said Kavievanan, who is the youngest of three siblings.

The engineering graduate was initially worried his parents would disapprove of his business, especially since he has a degree in engineering.

“I didn’t tell my parents about my business idea. I quietly bought the bicycle and container to store my tea. I only told them about my plans after that. Thankfully, they have been very supportive, ” said Kavievanan, who has also roped in his close friend to sell masala tea on wheels around Masjid India in Kuala Lumpur. 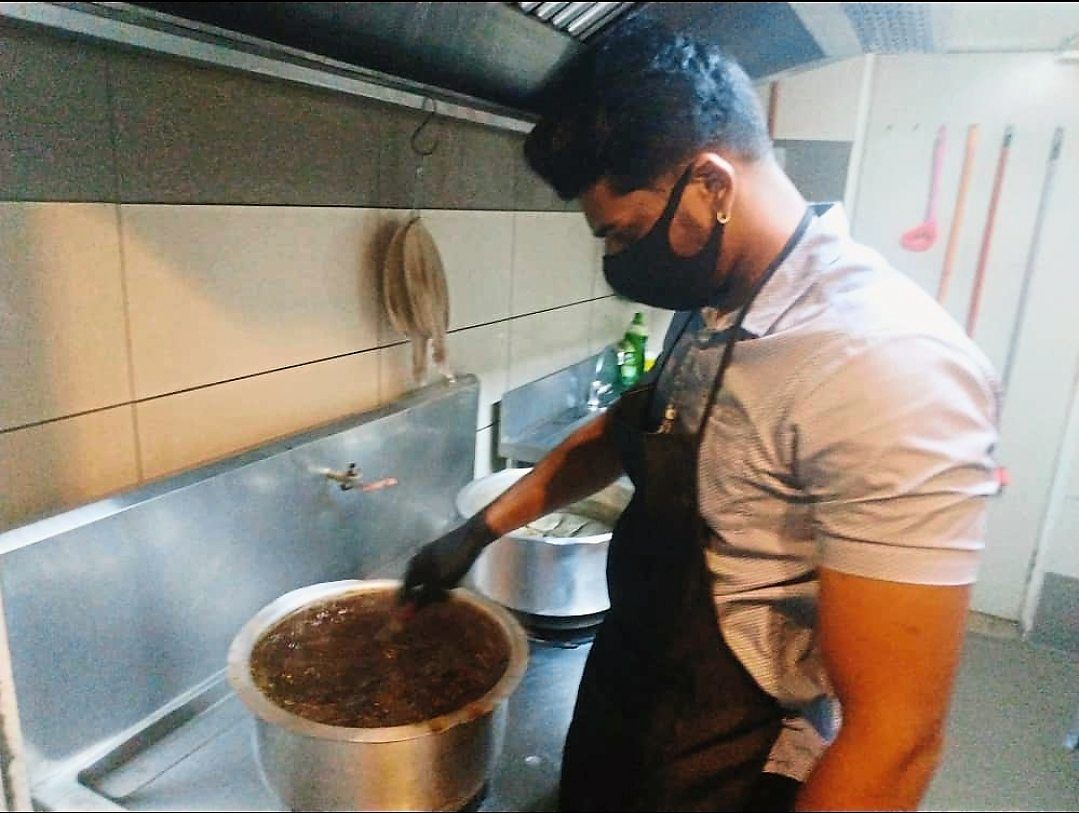 Ginger, spices and a couple of secret ingredients go into Kavievanan's special blend of masala tea.

“Don't feel down if you've lost your job. It is always important to persevere and never give up.

"The good part is I am running my own business and I get to be my own boss. I enjoy running my tea business because I get to meet different people each day while earning some money.

"In future, I hope to run a successful business selling Indian kacang putih snacks with my tea.”

Having lost their jobs in this pandemic, these makeup artists are finding ways to fend for themselves