When PAWS relocated, the animals were moved in individual cages. — Photos: PAWS

Thirty years ago when PAWS first set up, their shelter sat in the middle of a palm oil plantation, at a considerable distance from the city. But cities grow and over the years the palm oil was replaced by homes.

“We’ve known for some years that we’d have to move, ” Edward Lim, the PAWS shelter manager shares. “The area was scheduled for more development and our shelter was sitting on a piece of land meant for an underground water tunnel which helps to mitigate water to prevent flooding.”

As the area continued to be developed, PAWS got their formal notice to move some five months ago. At this point, PAWS was home to more than 300 dogs and cats.

“As soon as we got the news, our focus was on making the move as easy as possible for the animals, ” Lim shares.

PAWS has a new piece of land that’s split into two areas: one small piece that is a temporary shelter and another piece that will house a brand new, state-of-the-art shelter.

The new building is designed to last for decades and be eco-friendly. It will have several storeys, with the ground floor for dogs, and the cats living upstairs. In addition, the building will have solar power, and will use rain water catchment for water.

“It’s the proper thing to do, because we want to be gentle on the environment, ” Lim says. “But none of it is cheap. Also, if we can raise the funds, it’s our dream to have a little space for an in-house quarantine centre and also a small clinic space for emergencies.”

To anyone who has moved house, the logistics of moving a shelter, never mind throwing in the construction of an entirely new building, will sound appalling. But PAWS staff are seeing the upside.

“The old place was too small and it was hard to keep the drainage because it was built 30 years ago, ” Lim points out. “It would have cost a fortune to put it right. In the new place, we can do it all properly from the start. It means our animals will have a better shelter and, for our staff, it will be easier to keep clean.”

As such, the team swung into action, planning the move as if it were a military operation.

“We suspended surrenders in mid-April and focused on adoptions so we could reduce the numbers, ” Lim shares. “Then we built temporary shelters for the dogs on the new land.”

“As cat enclosures are more complex to build, and the MCO was an added issue, we didn’t have time to build new ones for them. So we rented a shop-lot and moved all the cats there temporarily.”

For the primary move, PAWS had to ship water tanks, fridges, stoves, office equipment, food supplies, and stacks of bowls, leashes, brushes, grooming gear and more. It would cost a fortune, but luckily, PAWS supporter Shen Choo volunteered to help find sponsors for the move and Edward Tan offered his logistics company Rai Solution at a charity rate.

“We built the temporary shelter first and when that was done, we moved the hardware, like the fridges and computers, ” Lim explains. “Big stuff went first, and the food and perishables went after.”

The animals were the last to be moved. 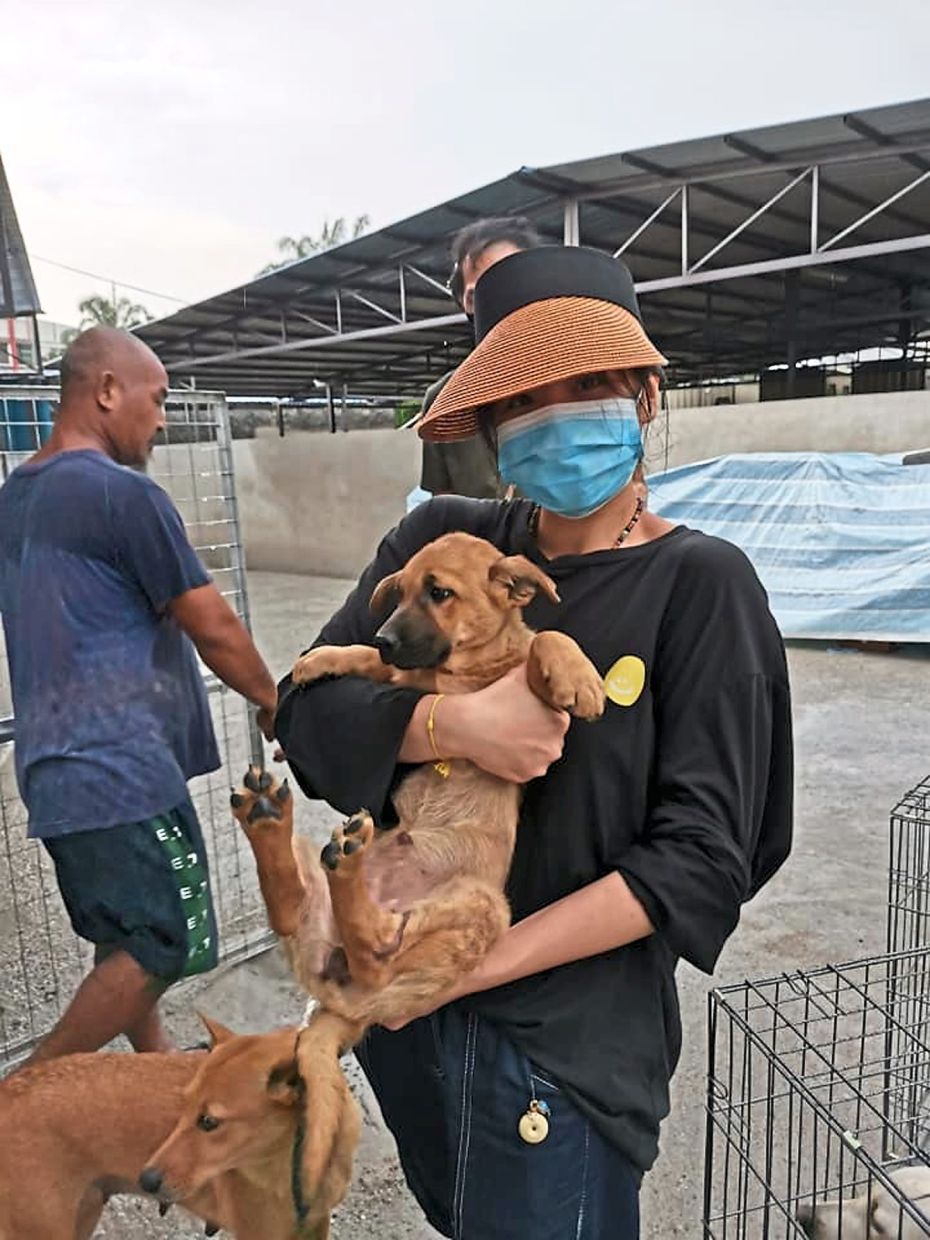 These two dogs were among the animals moved by PAWS to the new location.

“As many were afraid, each animal had to go in a single cage, ” Lim explains. “That’s for safety. If you put more than one animal in a cage, they might panic and fight.

“We loaded each pet into a cage by hand, and then put them on the lorry. As a dog in a cage is heavy, we had to use a forklift. Then we drove them to the new site, unloaded the cage from the truck by forklift, and then calmed the animals and unloaded them into their new temporary shelter by hand.”

As PAWS had limited cages, they would then be put back on the truck and used to ferry another batch of dogs.

“Cats are small and light, so we’ll move them from the shoplot to the temporary shelter later this month with our van, ” Lim shares. “It will take three days or so.”

Shelter work is always a tough gig but relocating one is hot, dirty and difficult work, especially as it’s been raining too. Although he doesn’t say so, it’s clear that moving was an exhausting for all involved, animal and human.

But with continued public support, this will be an investment into a shelter upgrade that will benefit the most vulnerable of our pets.

Want to help PAWS? Donate through the PAWS building fundraiser. Donations are tax exempted, so you will get a receipt. 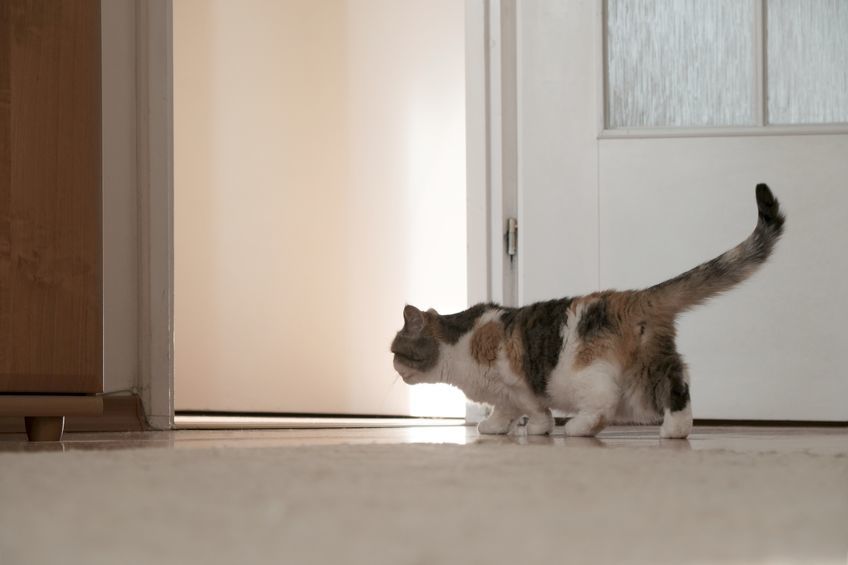 When you move to your new place, confine your pet to a small room at first and give it time to explore and get used to its new surroundings. Photo: 123rf.com

Having moved a shelter, PAWS manager Edward Lim has some hot tips for readers moving house with pets. “Animals are stressed by moving, and entering a new space. Therefore, keep them in the old place while you move yourself and your things into the new house. Then, when you are all moved in, move the animals in. That way you are there already and they feel more secure.”

In addition, here are some thoughts for prepping.

Before you move, buy a stock of pet food and move it with you. Because there’s nothing worse than moving and discovering that the new pet shop in your area doesn’t sell your pet’s favourite brand of food.

Also, pack your pet’s things in a special box and move that yourself. That way you avoid wading through 10 boxes of your clothes to find their food bowl.

When you move your pet, settle them into a small room first. Furnish this with things that they know and love: their basket, their litter box, and perhaps an old cushion or T-shirt of yours. Smells are important to animals, so use scent that says,"This is your territory."

Spend extra time with your pet. Moving is nerve-wracking for animals, so one-on-one time with mum or dad helps to soothe frayed nerves. You need not do a lot; reading a book or just sitting with them is enough. It’s about companionship and comfort.

Explore the new home slowly. You know your own pet best but with nervy animals there may some random peeing or vomiting. So let them settle in their room for a day or two before taking them on a tour of the new place. Be gentle. Be kind. If there is an accident, think of human toddlers who act that way too. 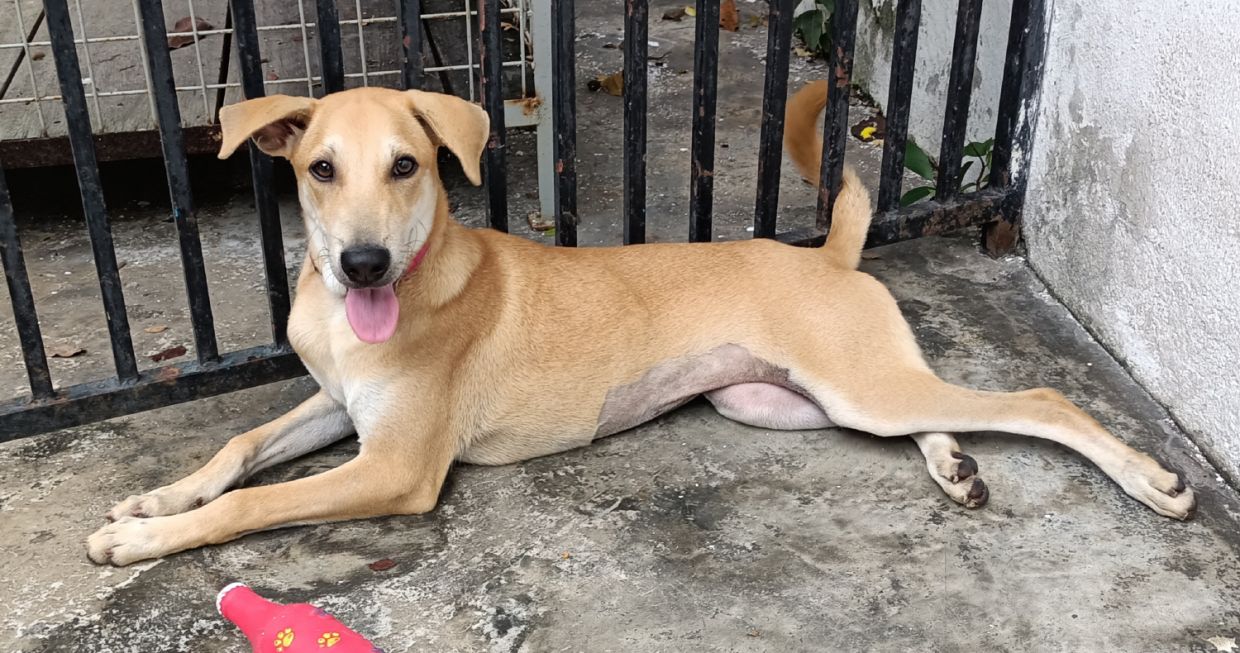 2022 Architecture Drawing Prize celebrates built design through artistic expressions
Villages retaken by Ukrainian troops: Rescued but feeling abandoned
Heart and Soul: Flying Doctor in the Land of Hornbills
Celebrating one of Scotch whisky’s most influential women – Janet Harbinson of The Macallan
A toast to Arthur: Guinness launches first official flagship outlet in KL
Sea levels expected to rise as Greenland ice sheet thins
How the rise of knitting is fighting stress, as well as fast fashion
Does the glass you use change the way a champagne tastes?
Dreams of wealth turn to dust for Qatar's migrant workers
D for dazzle? German licence plates are the new chic on Cairo streets