People with disabilities are benefitting from the remote working boom

Jurgen Dusel, Germany's Commissioner for the Disabled, sitting at a computer in his office where he has the tools to help him navigate the web more easily, as he has been severely visually impaired since birth. Photo: Nina Hansch/dpa

After generations of being overlooked and sidelined in the job market, Americans with disabilities are enjoying an unprecedented employment boom – thanks to the Covid-19 pandemic.

Widespread acceptance of remote working and an overall labour shortage opened up historic opportunities for some of the nation's most skilled and underutilised workers.

"I'm proud to be able to go out and earn a living now, especially teleworking, and do it as a blind man," said Bobby Pellechia, 39, a data analyst in Central Texas who has had three remote jobs since the pandemic began, each time moving up in position and pay.

The question now is whether people with disabilities can hold on to those gains as a recession looms and more employers press their employees to come back to the office.

Experts see a struggle coming with consequences not only for the disabled, but also for the whole US economy. And the resolution may only come through legal battles and a fresh look at the nation's landmark anti-discrimination law, the Americans With Disabilities Act.

Since the pandemic began, employment of people with disabilities is up nearly 25%, to more than 7.3 million workers in November 2022, according to the Bureau of Labor Statistics.

That contrasts sharply with the rest of US employment, which still hasn't caught up to what it was three years earlier.

The jobless rate for disabled workers – typically in double digits and 12.3% two years ago – dropped to 5.8% in November. While that's almost double the rate for all workers aged 16 and over, it represents the lowest rate for people with disabilities since record-keeping began in 2008.

"It's been a total game changer," said Mason Ameri, an associate professor at Rutgers University who has been monitoring disability employment.

Up until the pandemic, Russell Rawlings, 45, who lives in Sacramento with cerebral palsy, was going into the office Monday through Friday working at a nonprofit independent living centre.

The commute was just two miles (3.2km) from his home, but Rawlings got up at 5am to make it to work by 8am. It took that long for him to get ready and into his powered wheelchair to the bus stop and to his desk.

It was even harder on rainy days; he needed someone to help him put on his poncho before heading out.

In March, Rawlings started a new job as an education organiser for Hand in Hand, which assists domestic workers. The newly created position is fully remote.

It's a dramatic turnaround from several years ago, when Rawlings struggled to find any job and was often confined to home, dependent on Social Security Income, or SSI.

Now – thanks largely to the widespread acceptance of remote working – he's not only eliminated that difficult commute, but is also working in a position that gives him a greater sense of self-worth and accomplishment. 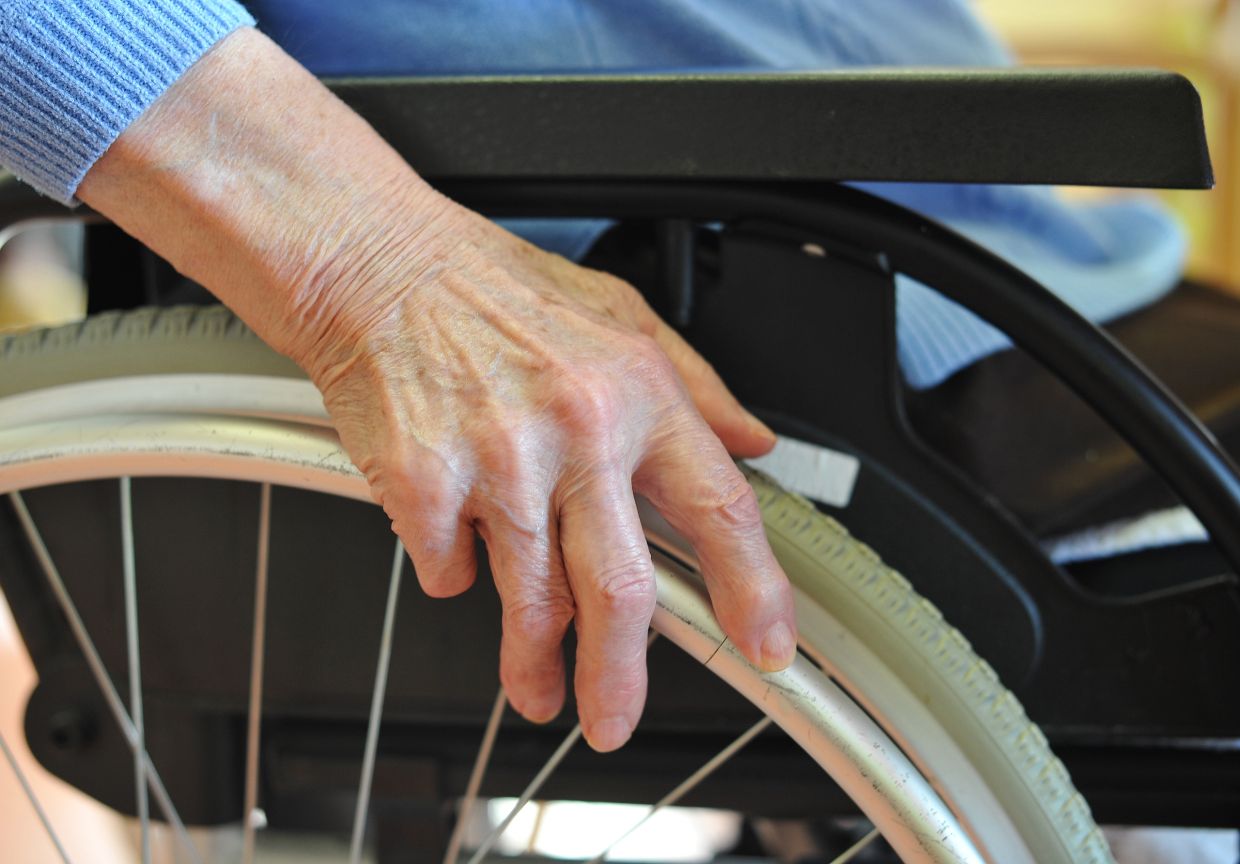 Disability rights advocates say many capable people with disabilities remain unemployed or underemployed because employers fear they will be too costly or lack adequate services to support their employment. Photo: dpa

"For all my years spent on SSI, it just seemed impossible," he said. "I never thought I would be able to do community organisation remotely."

Yet for all the gains made since the pandemic, disability rights advocates say many capable people with disabilities remain unemployed or underemployed because employers fear they will be too costly or lack adequate services to support their employment.

Disabled workers worry that the momentum built will be lost now that the economy is turning down.

Layoffs of all kinds of workers have been increasing of late, hitting many people who had worked from home. And a growing number of companies are instructing their employees to return to the office, at least part time.

The Americans With Disabilities Act requires employers to offer a reasonable accommodation to employees with a disability. Since the law's enactment in 1990, there have been persistent disputes over what "reasonable" means.

After almost three years in which telework has been the norm, lawyers say it may be harder for an employer to justify refusing to let disabled employees work from home.

With a pressing need for workers and new tools like videoconferencing and screen readers readily available, employers who had long resisted telework and other accommodations quickly changed their minds in the face of the pandemic.

"It's good that we now have this option, but it's also heartbreaking that it took so long and that it happened overnight. And it was possible all along," said Charles-Edourad Catherine, director of corporate and government relations at the National Organization on Disability.

But even with the positive experience, employers are unlikely to guarantee that workers will have the right to work from home in all cases.

"Employees are only entitled to an accommodation if it is medically necessary to enable them to perform the essential functions of their job," said Fiona Ong, an employment attorney at Shawe Rosenthal in Baltimore who serves as the general counsel to the Maryland Chamber of Commerce.

And even then, employees may have to live with an alternative arrangement other than regular telework, as Joseph Mobley learned.

Mobley, 40, was a patient access supervisor at St Luke's Hospital in Kansas City, Missouri, when his muscular sclerosis progressed, causing sudden episodes of fatigue, problems walking and a burning sensation in his eyes and hands.

"I was hugging the walls to get to a meeting," he recalled.In past years, Mobley had sometimes worked from home, and the staff he supervised mostly worked remotely. Mobley got solid performance reviews.

But when he sought permission in 2018 to telework whenever his condition flared, St Luke's denied the request and told him to seek approval on a case-by-case basis. His boss suggested that Mobley use paid time off or federal leave on those days, according to court records.

Mobley quit later that year and sued the hospital.

Last month, an appellate court sided with St Luke's, suggesting that its response was a reasonable accommodation and noting that the employer engaged in a good-faith process to address the request, as the law requires.

However, the judges said in their ruling: "By allowing Mobley to consistently work remotely aside from his medical condition, St Luke's implicitly demonstrated a belief that he could perform his essential job functions without being in the office all the time."

Ong, the employment attorney, wasn't involved in the case, but she said it offered lessons for employers, particularly after Covid-19.

"Before the pandemic, a lot of employers were saying, 'Hey, remote work for managers, uh-uh – it's just not doable'," said Ong. But "if somebody has been doing remote management, and doing it successfully, to then say it's not reasonable is kind of a dangerous thing to say".

Covid-19 has also sparked new disputes over what constitutes a qualified disability under the law.

During the pandemic, millions of people stayed home from work because of underlying health conditions that made them more at risk of serious harm from contracting the virus. And a Covid-19 infection resulted in lingering physical and mental health issues for many people.

In a new research paper analysing the strong job gains for people with disabilities, Ari Ne'eman and Nicole Maestas of Harvard University found that there's been an increase of newly disabled employees with trouble remembering and concentrating.

Ne'eman said in an interview that they may have acquired the condition during the pandemic, and could possibly be symptoms of long Covid.

Borodaenko, an engineering manager at Twitter who was hired in June 2021 and had worked remotely, alleged in his lawsuit that Musk violated the Americans With Disabilities Act by refusing to provide a reasonable accommodation.

He argued that he "has a disability that makes him vulnerable to Covid-19. Thus, working from an office while the pandemic is still ongoing would create an unacceptable risk to his health and life".

Borodaenko's attorney, Shannon Liss-Riordan, would not describe her client's disability beyond what's stated in the lawsuit, that he's a cancer survivor.

Ne'eman, who co-founded the Autistic Self Advocacy Network, said a lot of emerging battles over telework may be avoided if regulators, particularly the Equal Employment Opportunity Commission (EEOC), work with employers to set clear expectations on disability accommodations in light of what's been learned during the pandemic.

Certainly, he said, "employers should not be able to simply say, 'My personal taste is that you come into the office"."

The EEOC has issued updated guidelines reflecting workplace changes during the pandemic. But there are few hard and fast rules, underscoring how each request may differ from job to job and the specific circumstances of the worker and employer.

While the pandemic has awakened more employers to the untapped pool of disabled workers, three out of 10 today don't have a process to provide requested accommodations, according to the Kessler Foundation's employment and disability survey with the University of New Hampshire.

Many experts say that corporate America's movement on diversity and inclusion doesn't regard disability status as being a priority as important as race and gender.

Despite a genetic disorder that's impaired both her vision and hearing, Melissa Merrell, 49, has held down a job at Travis Association for the Blind in Austin, Texas, for 12 years. She always worked in the office – until the pandemic hit.

"Oh, God, my dream came true," she said of the change when the Covid-19 lockdowns in 2020 prompted Travis to shift to remote work.

That was the end of her 90-minute, 11-mile (17.7km) commute. But it's meant a lot more than that. Merrell says she is much more productive.

"I have more control of the noises around me. In the office, I share a room with three other people, so it's very difficult to communicate when making a phone call," she said.

A year ago Merrell learned that she could work from home permanently. Prior to the pandemic she never even thought telework was an option.

Now, with more time and energy on hand, she's enrolling at a community college to become a certified public accountant. And her ambitions are as lofty as ever.

"I would like to have more broad responsibilities," said Merrell, "maybe be a comptroller, ah, possible, chief financial officer." – dpa

How the beauty industry is trying to change to accommodate disability

How technology is finding new ways to aid the visually impaired 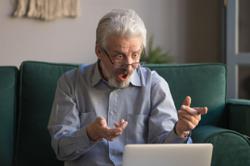 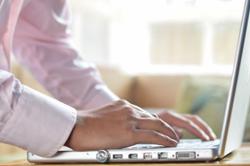 Sarawak’s first locally produced craft beer debuts today
Germany to make travel cheap again this summer
How to create your ultimate workout playlist
Two-thirds of reef sharks and rays risk extinction
Workplace: ‘Mad skills’ will help an employee stand out from the crowd
Getting the best from cardamom, whether you use it whole or ground
Bangladesh begins tiger census
Moving species to save them fast gaining traction as climate change upends habitats
Go on a journey through Indian food memories with this lovely food memoir
A fridge too far? Living sustainably in NYC by unplugging