Urban tree species can be threatened by changes in temperature and annual precipitation rates. Photo: AFP

There's much talk of the importance of preserving tropical, boreal or temperate forests, but less so about the need to protect areas of urban forest.

However, the trees that constitute these zones are also under threat from climate change, reports a new study.

Urban forests are becoming more and more essential. Indeed, they are much more than just decorative features in the urban landscape.

Municipalities and citizens are increasingly aware that urban trees are essential for absorbing carbon, providing shade and cool, and protecting us from pollution, especially in large cities.

But these trees are in danger. Indeed, "56%-65% of these species are already at risk today, and this figure could rise to 68%- 76% by 2050," states the news release accompanying this vast study carried out by an international team of researchers, including a scientist from France's CNRS National Center for Scientific Research.

The research covered 164 cities in 78 countries around the world. A total of 3,129 species of trees and shrubs found in these locations were studied, and a measure of climatic tolerance was calculated for each species in each city under current and future climate conditions, the study says.

But it is in low-latitude cities that the threat remains the greatest, notably in the Indian capital, New Delhi and in the city of Singapore, where all urban tree species were found to be vulnerable to the effects of climate change.

"These findings aid the evaluation of the impacts of climate change to secure long-term benefits provided by urban forests," the study notes.

Solutions envisaged to preserve these urban green spaces and make them more resilient to climate change include planting species that are more resistant to future temperatures and rainfall, explains the CNRS in a news release. – AFP Relaxnews 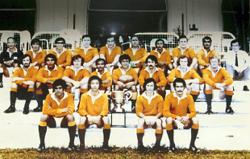 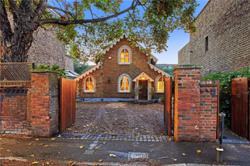