A sneak peek at part of the Obegransad collection, a collaboration between Ikea and house music supergroup Swedish House Mafia. Photos: Ikea

It’s the kind of collaboration you’ll think is a joke when you first hear about it. But the more you think about it, however, you realise it’s so clever you wonder why it’s never done before.

Branded Obegransad (Swedish for “unlimited”), the collection comprises 23 household furnishing items including an armchair, a record player and a desk for music production. Its mission is to let fans “democratise music production at home”.

“This collaboration was an emotional thing for us. We grew up surrounded by Ikea and we used Ikea to hack our first furniture studio setups. It’s an amazing brand which we were very used to and grew up around, so working with them on this was very natural,” commented Swedish House Mafia member Steve Angello, who spoke from Los Angeles during an online group interview held earlier this month.

“Ikea has been very good at bringing in products to listen to music at home, but we really wanted to explore this phenomenon that was happening now, making music at home. And that’s why this partnership with Swedish House Mafia was so perfect,” added Ikea Sweden creative leader James Futcher.

When it comes to music production, there’s probably no better group to partner with than Swedish House Mafia. Founded in late 2008, the Grammy-nominated supergroup comprising DJ/producers Sebastian Ingrosso, Axwell and Steve Angello have often been referred to as "the faces of mainstream progressive house music". In 2013, they announced a break with a farewell tour, selling over one million tickets. In 2018, the group reunited for a surprise performance at the Ultra Music Festival in Miami, and shortly after, their first headline show in five years sold out in Sweden. Their latest album, Paradise Again, was released in April this year.

As veterans of the industry, Swedish House Mafia is well aware of how expensive music production can be. If costs were a concern, however, Don’t You Worry Child: affordability was one of the driving forces behind their collaboration.

“Many brands make furniture, but Ikea always has a special touch. They can make their products very lightweight, or very smart, and above all, affordable. The people who listen to music and aspire to be like us, home music producers, maybe can’t afford super expensive pieces of furniture. That’s one of the reasons we wanted to work with Ikea,” said Axwell.

According to Ikea, the Obegransad products were designed with three groups in mind: home music producers, travelling music creators, and those who viewed music as a lifestyle. Ultimately, the collection was about celebrating the joys of making music. The Obegransad collection comprises 23 household furnishing items that include an armchair, a record player and a desk for music production.Their desk, for example, is fitted with two speaker stands, with a pull-out shelf for a midi keyboard. It Gets Better: the group has also put their own spin on Ikea’s iconic Frakta bags, resulting in a specially designed laptop bag, a bag for vinyl records, and a bag for cables and music accessories.

“Previously, we tended to hide music in the home. For speakers, we would design them to blend into the interior. Now, we take a different approach and make them centrestage. I make music myself, and I think anyone who makes music wants their interior to reflect their personality. I hope we do more things along that line,” said Ikea in-house designer Friso Wiersma.

The group revealed that many people were excited about their record player, which can play vinyl records and work with Ikea’s Eneby speaker.

“We all share the love of something physical, and growing up with vinyl, we think it’s one of the most beautiful ways to show you care about music. I just woke up today to about 10 text messages, all from people asking when they will be available!” said Angello.

All items in the collection will be in Swedish House Mafia’s signature black.

“In the beginning, we discussed what Ikea and Swedish House Mafia stood for, and there are quite some similarities. They’re strong brands, who like to keep things simple. It’s about being bold and courageous, but not over the top, and black does that in a nice way,” added Wiersma.

Both companies hope the Obegransad collection will be a smash hit, and maybe, be the Antidote to over-expensive music studio costs.

“Today, both ourselves and our collaborators, we make music from anywhere, at home, on the subway to work, on our laptops. I think this is where the scene is heading now, where making music should be easy. It should be everywhere,” said Ingrosso.

The Obegransad collection will be officially launch in Malaysia in October 2022.

'Us & Our Planet', a new book on how diverse groups of people are living sustainably 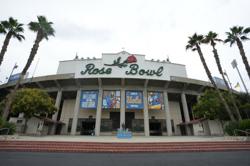