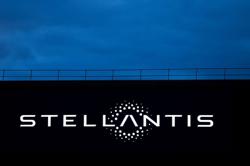 A white roof can save fuel and therefore reduce CO2 emissions. Photo: AFP

It is already known that painting the roof of a house white can considerably reduce the effects of heat in the home and therefore help save energy.

And the same practice could be applied in the automotive sector. If all cars had white roofs, this could allow drivers to emit less CO2 into the air, while also saving money.

In his recent column in the French newspaper Le Monde, Raphael Menard, the president of the architecture agency AREP (Architecture Recherche Engagement Post-carbone) – a subsidiary of France's national railway company, SNCF – recommends that in the long term, the roofs of cars should systematically be painted white.

This solution is based on the notion of albedo, or the ability of a surface to reflect the sun's rays according to its colour. The principle is already used in housing, by means of "cool roofs", for example.

This change for the automotive sector is, in fact, a proposal of the Intergovernmental Panel on Climate Change (IPCC).

This kind of modification could be imposed at the time of mandatory roadworthiness testing, for example.

According to Menard, in France alone, painting the entire fleet of cars white could represent a saving of up to 500 million litres of gasoline per year, or nearly one billion euros in purchasing power.

Above all, this would correspond to the equivalent of one million fewer tonnes of CO2 emitted into the air, i.e., nearly 1% of road transport emissions. And if this could be effective for cars, it should also be true for trucks, buses and even trains.

Note that the same technique could be applied to certain other infrastructure features, notably floors, in order to reduce heating needs. – AFP Relaxnews

World could save 700 mil tonnes of CO2 if people cycled more, study says 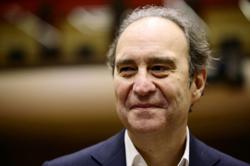