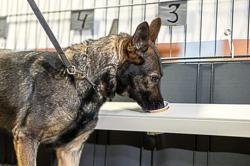 The workation could be set to grow in popularity in the coming years. Photo: AFP

Worldwide, 20 to 35 million digital nomads have embraced a way of working that allows them to travel.

Packing a suitcase and a computer, and jetting off to a vacation destination is sometimes known as a workation.

Many who try it value its effects on their wellbeing, and this seemingly contradictory concept can be adapted to suit various individual set-ups and profiles.

But the experience and its benefits can differ considerably between salaried employees and freelancers.

There’s been much talk of the workation in recent months. A contraction of the words “work” and “vacation”, this neologism defines the act of teleworking in a flexible context, from somewhere traditionally associated with leisure.

Indeed, the workation originated in a country where vacations are few and far between – the United States, where workers have an average of 10 days of paid vacation per year.

The development of digital technology has allowed freelancers, tech employees and other workers to extend their vacation time by taking along their computer and getting down to work far away from the daily grind.

In the evening, at lunchtime or between meetings, they can enjoy their surroundings, kick back and relax.

According to a 2020 survey of 20,000 travellers in 28 countries around the world by the Booking.com platform, 37% of those polled have considered booking a vacation spot where they could stay and work.

“Working remotely has irreversibly entered the mainstream during the pandemic with the knock-on effect that people will look to take longer trips in the future that more effectively combine work and pleasure than ever before,” said Booking.com at the time.

From meeting to beach

The concept is familiar to Benoit Raphael, founder and CEO of the French startup Flint.

With a one-way ticket to South Asia in his pocket, this entrepreneur packed a bag, grabbed his computer, and headed off. From Bali and Bangkok, the 50-year-old is pursuing his entrepreneurial adventure without changing too much about his way of working.

“My associate and I were already working remotely full-time,” he says on the phone from Bangkok, where he’s staying for a month. And, as for the time difference, “we worked with a lot of freelancers from Montreal, for example, so this way of working hasn’t changed too much,” he says.

He schedules his appointments according to French time zones. “At first, I still had meetings at 6pm [1pm in France],” says Raphael. But that meant he missed the sunset, which is something of a ritual in Bali, he says.

Since then, he has scheduled a maximum of four meetings in the afternoon and takes weekend trips to remote islands. It’s all about finding a new rhythm to get into, he explains.

This way of working has gained momentum with the Covid-19 pandemic. Between 2019 and 2020, the number of digital nomads increased by 49% in the United States, according to a report from MBO Partners. Since then, the concept of the workation has found broader appeal as a lifestyle now enjoyed by between 20 and 35 million people worldwide. And this number could grow in the next few years.

But if the idea of working in a place usually dedicated to vacation downtime sounds like a dream come true, the concept also raises questions.

As the border between private and professional life has all but vanished in many households with the generalisation of working from home, the notion of well-being in the workplace has become a subject of concern. In the majority of workation cases, feedback is positive on criteria such as mental health, productivity or creativity.

Raphael says that this departure allowed him to take a step back from his work practices, and particularly to rethink the notion of productivity. “I spend less time working, but I am more efficient, avoiding interruptions and unnecessary meetings,” he says.

Since heading to Bali, the entrepreneur’s stress level has dropped considerably. Plus, given that his company is not yet profitable, the financial pressure of his lifestyle has also decreased since he relocated to the island.

“Life is less expensive, and I cost less to my company,” he says before affirming that this departure has been beneficial to his mental health.

Freelancers are perhaps more likely to find advantages with this kind of lifestyle, even when working in a far-flung corner of the globe, in a different time zone. “It’s true that when you’re a salaried employee, you can find yourself in a meeting at 1am, and in that case, you don’t take advantage of it all that much,” says Raphael.

And not everyone supports this approach to work. Albert Moukheiber, a doctor in neurosciences and a psychologist, struggles to find the logic behind the concept of the workation: “Either we’re working or we’re on vacation, but we can’t do both.”

This concept, the expert says, is ultimately akin to window dressing, making remote working seem more pleasant and appealing in a world of work that’s currently in crisis.

“From an ethical point of view, it doesn’t work. Does it work the other way around too, with the vacawork? Can I invite my friends to the office for a beer?” he asks pointedly. – AFP Relaxnews

Insight - Digital nomads may be in for some real rude shocks

Best of both worlds: Can the workation really work? 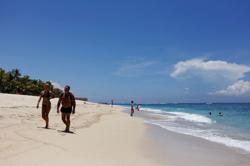 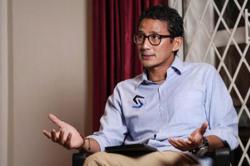