Art image from The Nation Thailand/ANN.

The rankings were based on four criteria, namely monthly accommodation cost, internet speed, fun and safety.

“The island (in Surat Thani province) is suitable for long-term stay and thanks to its full-moon parties, it is famous among Thai and foreign tourists,” government spokesman Thanakorn Wangboonkongchana said on Sunday.

He added that the government is working on reviving Thailand’s tourism sector and that PM Prayut Chan-O-Cha had urged tourism-related agencies to promote six Andaman provinces.

Prayut, who had been speaking at the Thailand Tourism Congress in Phuket on June 6, said he wanted the provinces of Phuket, Phang Nga, Krabi, Ranong, Trang and Satun to be turned into world-class destinations.

“The plan to promote these provinces is in line with the 20-year national strategy to boost Thailand’s competitiveness and potential on the international stage,” he said.

Thanakorn added that Prayut was pleased with Koh Pha-ngan’s ranking and thanked the tourism sector for expanding Thailand’s potential so it is admired internationally.

“The PM also believes promoting Andaman provinces will attract more tourists to Thailand, which will not only generate revenue at the local level but also result in economic recovery,” he added.

The rankings were published on June 15 by William Russell, a leading provider of international health, life and income protection. - The Nation Thailand/ANN 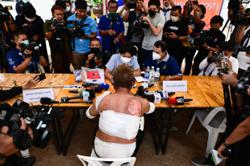 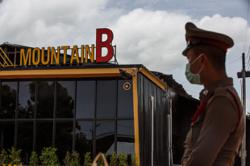