A Japanese brewery is breaking new ground by selling jeans made with waste from the brewing process. – Photo: Filepics

Hit hard by the Covid-19 pandemic, Japan's Sapporo Breweries is trying to win over new customers, not by launching a new beer, but by selling its own next-generation jeans. To everyone's surprise, the famous beer-maker has turned to upcycling to transform waste from the brewing process into a genuine fashion creation.

Many industries have been forced to reinvent themselves during – and after – the pandemic, to reconnect with their customers and to attract new ones. But no one expected a Japanese brewery, Sapporo Breweries Limited, to start making jeans.

However, such is the new niche of the beer specialist, which caused a sensation when it unveiled these fashion items made from brewing waste from its flagship beer, reports the business daily Nikkei Asia.

Beer manufacturers around the world are getting creative when it comes to adding value to their waste. While some have chosen to transform these by-products into cereal bars or biofuels, others have taken a completely different direction in a bid to win over fashion fans. This is the case of Sapporo Breweries, based in Hokkaido, which has launched the first jeans made from malt waste, and hop leaves and stems.

The brewery partnered with Shima Denim Works – a company that makes clothing from bagasse, a waste product from sugarcane processing – to create its first jeans. The beer brewing waste was first turned into washi, a traditional Japanese paper, which then serves as the basis for spinning and weaving this future denim. The whole lot comes from Sapporo's emblematic Black Label beer, providing the drink with some great publicity in the process.

Nikkei Asia says the brewery added no less than 30 pairs of jeans made using this method to its online store in April. Priced at 41,800 yen (around RM1,360), the Black Label Malt & Hops jeans attracted some 1,600 purchase applications. And this promising start suggests that customers might need to step up their beer consumption quickly – although always in moderation – to enable the brewery to launch larger-scale production. – AFP Relaxnews 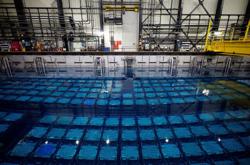