Through the GREduAction programme, volunteers spend time cleaning and rehabilitating the Sg Klang river site every Saturday as well as obtain knowledge on river conservation. Photos: The Star/Glenn Guan

This story is part of a series of articles featuring past Star Golden Hearts Award winners and the award’s newly introduced categories of causes which include community empowerment, education, environment and wildlife, social welfare, and disaster and crisis relief. Nomination for this year’s award is now open. Tell us about your heroes at www.sgha.com.my before July 31, 2022.

Retiree Aziza Sandiman was highly intrigued by what she saw during one of her morning walks in her Taman Melawati neighbourhood in Gombak, Selangor.

It was a group of volunteers cleaning up the Sungai Klang site, among whom was another senior citizen.

“I approached Kak Inah and asked her what all of that was about. She told me they were from the neighbourhood and part of the Alliance Of River Three initiative.

“They meet regularly to keep the river clean, among other things. I thought it was a great effort and last October, I joined the volunteer group,” shares the 69-year-old Aziza.

Alliance Of River Three is co-founded by entrepreneur Kennedy John Michael, who was recognised as one of the 10 winners of the Star Golden Hearts Award (SGHA) in 2020. The annual award celebrates everyday unsung heroes in Malaysia. Recently, a group of Star Media Group (SMG) volunteers joined Michael and his team to help out with their weekend river rehabilitation work.

It was an insightful and fruitful experience for many of the volunteers, who all shared that their ideas of sustainability and river conservation had been reframed.

“It changed my perspective on how I looked at sustainability. It is not just about planting trees. It’s really about maintenance and long-term planning.

“Earlier, we planted wedelias (Singapore daisies) along the pathway. What we learnt is that they hold the soil, so it won’t dirty the pathway.

“This is a good idea because the pathway will be kept clean naturally and it saves the effort of cleaning up,” shares Ong Xiao Tong from SMG’s analytics department. 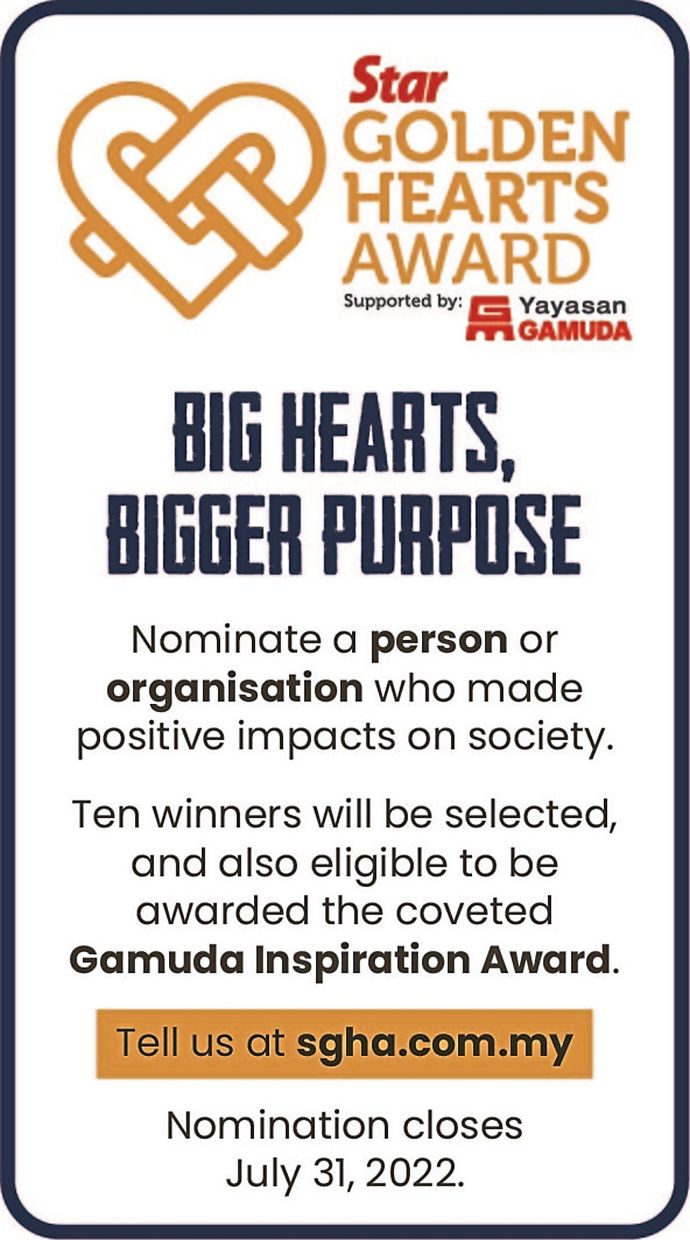 Michael, who has been a resident of Taman Melawati since 1978, added that the RM5,000 award prize was used to stock up on equipment such as rakes, hoes, pipes, cement and other hand tools.

Since winning the Star Golden Hearts Award, the Alliance Of River Three team has been busy with their efforts in rehabilitating the river and the surrounding ecosystem.

Since late May, they have been on a mission to install 30 Pop Up Pollinator Gardens (PUPG) as part of the United Nations Development Programme’s Urban Biodiversity Initiative (UNDP UBI) to increase pollinator gardens, hosts and agents to conserve and enhance urban biodiversity resilience.

“We’re happy to say that we have completed that mission but the programme continues as our target is to build 360 PUPGs in total along the Taman Melawati River Three (TMR3) Masjid Trail,” shares Michael. “We have a clear vision of the outcomes we are working towards and we have used it to map the direction and subsequently the actions to be taken to complete the mission,” he adds.

Michael has participated in many conservation projects outside his neighbourhood since 1997.

However, in 2018, he decided to take an acquaintance’s advice, who told him that he should do something in his own backyard.

He soon found a mentor in former Gombak district engineer Mansor Abd Ghani, who shared the same passion. From their alliance, the River Three Association, now known as the Alliance Of River Three, was born.

It did not take too long before Taman Melawati residents had a tranquil spot of nature they could call their own. 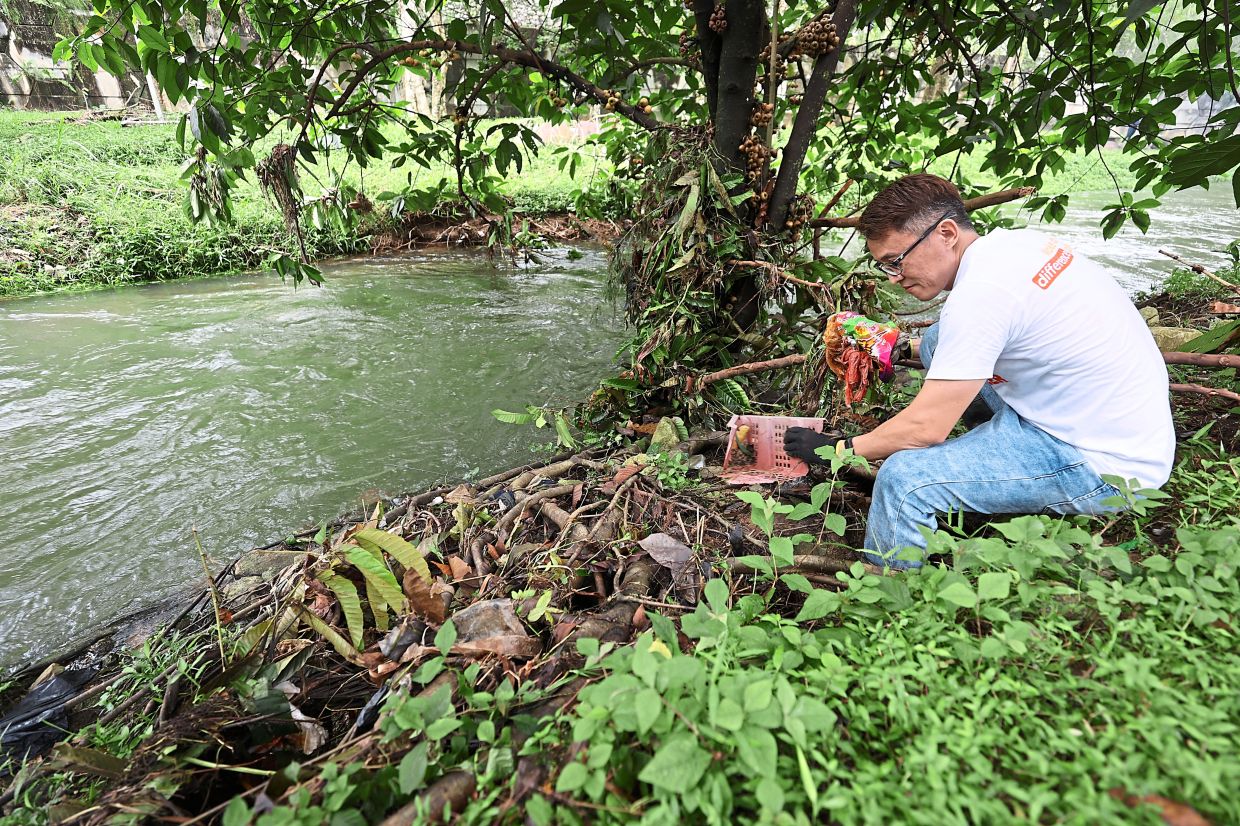 A Star Media Group volunteer picking up plastic trash that had washed up along the river due to a downpour the night before.

“I’ve been living here since 2010. This is my home. I stay close to the river, and this initiative is within my community, within my reach.

“I’m a mother and my children’s future is my priority. I joined the initiative to not only preserve the water resources but to make a space where the community can come and enjoy nature in their own backyard,” shares Salina Hussein, community liaison and co-founder of Friends Of Sungai Klang Taman Melawati River Three.

Michael said their success was partly due to the GREduAction (Gotong-Royong Education by Action) programme he devised to teach volunteers useful skills they could apply in other areas to bring about desired results.

He described the GREduAction programme as gotong-royong with action, in which volunteers not only learn to use tools properly in the two hours spent cleaning the river site every Saturday, but also pick up new knowledge on river conservation. 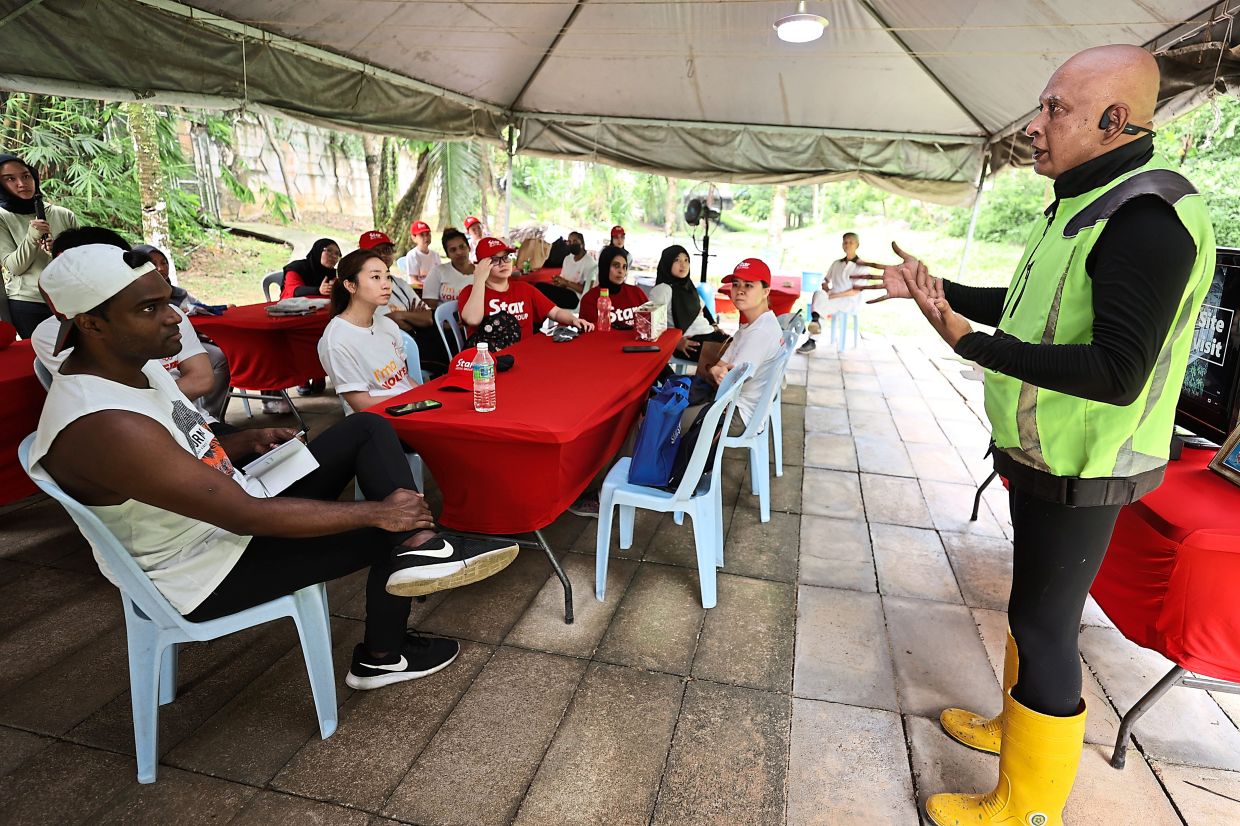 Since the GREduAction programme began in July 2020, the Sungai Klang site in Taman Melawati has been transformed from an unsightly, dirty place into a beautiful spot with proper trails where visitors can appreciate nature at their leisure.

“We’ve got four more kilometres of river trails to build, along with supporting facilities such as toilets, lighting, safety and emergency features, and data collection tools.

“Our current focus is to embed our operational SOPs across our core teams and volunteer groups so that they can run autonomously while we focus on developing the economic aspects of our model and continue building the physical infrastructure of the park,” Michael concludes. 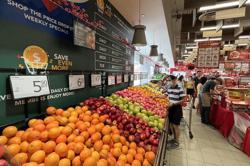