Heart and Soul: Some superheroes don't wear capes... they are called dads

The writer and her family during a holiday at Mercure Beach Penang. Photos: Sangitha Balamurali

Anyone can father a child, but being a dad takes a lifetime!

Known as S. Balamurali – dad to two adorable kids, B. Karneshwar and B. Prashika – he plays an important role in our children's lives that cannot be filled by others. He has his own style and way to show affection that differs from how I as a mum would do it.

The role of father has changed a lot over the centuries. I see that fathers are no longer just a breadwinner but also a caregiver.

So what has changed? His era of after-work dinners and drinks have been cut down, daily football leisure time gets limited, he has accepted delegated family tasks openly as I am a working mum with less "me time" myself. He knows which aspect of life should be prioritised, which makes me respect him more.

Being a programmer for one of the leading cinemas in Malaysia requires him to juggle between job and family. In the entertainment field, there is no end to the work, especially during public holidays, weekends and school holidays. No regrets as he is passionate about his job. He tries his best to make up for lost time with the family when the (entertainment) peak seasons start to slow down. He is a great negotiator and equaliser! 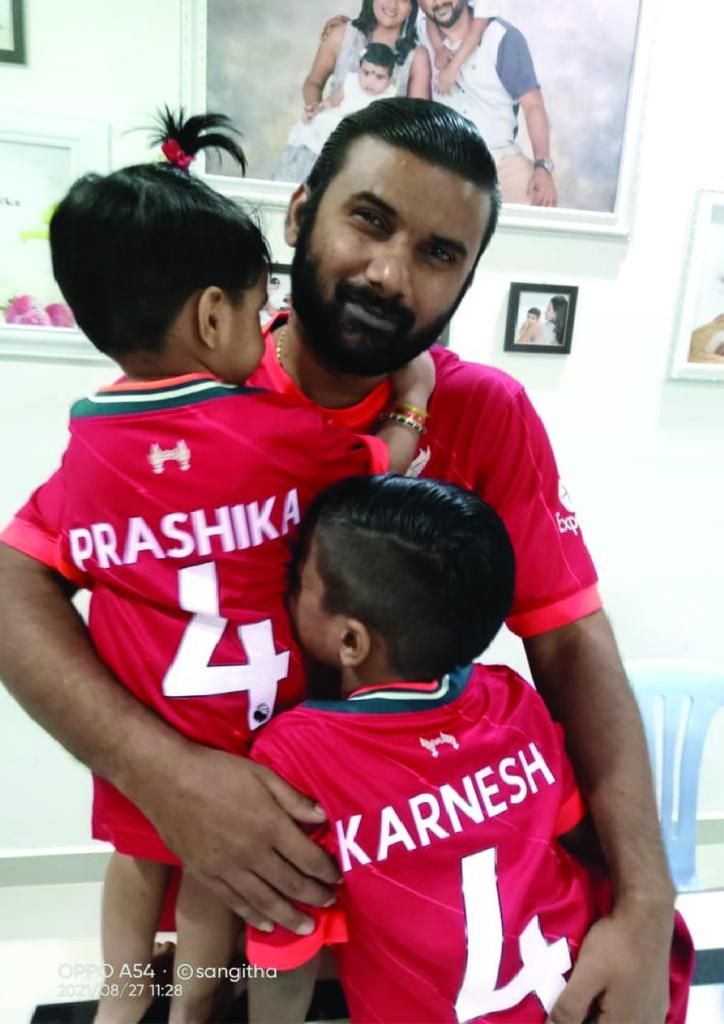 The writer's husband on his birthday, with their children, all wearing their favourite Liverpool jersey.

The good side of lockdowns during the Covid-19 pandemic was that they gave him a good chance to better understand, care for and get along with his children while we worked from home. It was a great chance to boost our son’s skills which were lacking. Obviously, the dad-son bond improved greatly!

He carried out the caregiver role perfectly – looking after the kids, doing house chores regularly, and looking after me during my confinement period after our second child was born.

He puts in the effort to balance his work and interests (at times, simultaneously with me) to be a loving and involved father and spouse. He shows his love by making sure the family’s needs are met.

Fathers are as important as mothers! If you see any young dad today, don’t forget to tell him that he is doing well and is appreciated!

My advice for mummies out there: Make sure to raise your son well so that he will be a great dad one day!

Starchild: Malaysian children share how much they love dad this Father's Day

Fathers Day: Fatherhood is the greatest adventure of all

Heart and Soul: A father's love is invisible but eternal