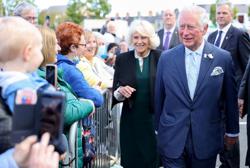 Let them have cheese: As many in Britain struggle with fuel shortages, the heir to the British throne has made it known that his Aston Martin sports car now runs on wine and cheese. Photo: dpa/PA Wire/Rebecca Naden

British heir to the throne Prince Charles has revealed that his beloved Aston Martin DB6 drophead has been converted to run on surplus wine and cheese, prompting much ridicule on social media.

The royal told the BBC his blue 1970 sports car uses E85 fuel produced using a blend of 85% ethanol, food waste and 15% unleaded petrol – a combination that is as impractical for the common driver as it is unsustainable, according to experts.

"My old Aston Martin, which I've had for 51 years, runs on – can you believe this – surplus English white wine and whey from the cheese process," the royal told broadcaster BBC in an interview aired on Monday (Oct 11).

News of his alternative fuel was met with mockery on social media, with many Twitter users joking that they too run on wine and cheese. "I for one never have surplus wine," wrote another user.

The royal's revelation also comes at a time when British drivers are facing fuel shortages and forced to queue for hours to fill up with petrol or diesel, prompting some on social media to call this Charles' "let them eat cake" moment.

However Greg Archer, UK director of T&E, a European clean transport campaign group, has since criticised the royal use of biofuel.

Ethanol is usually made from by fermenting the sugar and starch components of plant byproducts from sugarcane and grain, with yeast added. Environmentalist Archer said growing crops just for fuel usage leads to deforestation and worsens the climate crisis. – dpa

Eyes of the world will be on Scotland for climate summit, queen says 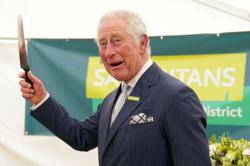