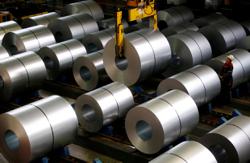 Beauty ideals don't just impact humans. The Cavalier King Charles Spaniel has been bred to such a degree that it suffers massive health problems. Photo: dpa

Floppy ears and big, pleading eyes: It’s hard to resist a Cavalier King Charles Spaniel, which is probably one of the reasons why they have been immensely popular for centuries.

But as is often the case, the attention came with strings attached: The bid for breeding ever more beautiful specimens over the past 300 years has made the cute brown-and-white spaniels more vulnerable to certain diseases, a recent study found.

This is not a new problem in the history of dog-breeding. For a long time, pugs were bred to be particularly flat-nosed and bug-eyed, for example. As a result, many of the animals suffer from respiratory and corneal problems.

According to researchers from the University of Uppsala in Sweden, Cavalier King Charles Spaniels carry more disease-causing gene mutations than other dog breeds and thus have an increased risk of a certain heart disease, for example.

Their results showed that the number of disease-causing gene variants was higher in the Cavalier King Charles Spaniel than in the other breeds studied.

Among other things, the breed is susceptible to a form of heart failure in dogs known as myxomatous mitral valve disease. The study authors attribute this to its intensive and long breeding history, which probably goes back at least 1,000 years.

Written mentions can already be found in 500-year-old records from Britain. The small spaniels are considered to be direct descendants of the dogs of the British aristocracy. King Charles I (1600-1649) even had them portrayed alongside his children in a famous painting by Flemish artist Anthonis van Dyck.

In the following centuries, the animals were bred to be increasingly short-nosed and round-headed by crossbreeding with breeds such as the pug, in order to make them look particularly cute.

This changed in the 1920s, however, when the American businessman Roswell Eldrige started looking for specimens of the original long-nosed breed as seen in historic paintings.

Eldrige, who lived in London, held an annual competition for this purpose, which was most frequently won by a male called Ann's Son, now considered the progenitor of the breed thus revived.

The Swedish researchers assume that the spaniels' breeding history involved "serial bottlenecks" with only a small percentage of the population passing on its genes to the next generation at times.

This may have caused the increase of harmful genes in the Cavalier King Charles Spaniel genome before it was finally recognised as a breed in 1945. – dpa

Sniffing out seizures before they happen

Mine's a barkarita: a London bar for pampered pooches