Sniffing out seizures before they happen 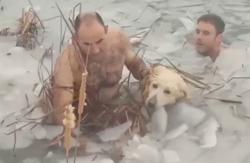 Man's best friend can not only fend off burglars or herd farm animals or sniff out bombs and drugs, but can also predict epileptic seizures, according to researchers at Queen’s University Belfast (QUB).

The seizures “are associated with a specific smell which is detectable by pet dogs”, a university-led research team in Northern Ireland said.

Anecdotes around behaviourial changes in dogs suggest they can sense impending seizures, but no scientific study had until now “investigated the veracity of these claims”, QUB said, in findings published recently in the journal MDPI Animals.

Powell’s team’s findings could help develop a “potentially life-saving early warning system” for the world’s 65 million people who live with epilepsy, around 30% of whom “cannot control their seizures by medication”.

Powell and team exposed 19 pet dogs “with no experience of epilepsy” to smells “characteristic of three seizure phases” derived from the sweat of epilepsy sufferers.

Depending on the breed, a dog’s sense of smell has been put at anything from 10,000 to 100,000 times more powerful than what the human nose manages.

Neil Powell of QUB’s School of Biological Sciences said the “extraordinary sense of smell of dogs” offers “a reliable source to detect an on-set seizure”.

With “no reliable and simple early warning” available, as things stand, people affected by such “unstable epilepsy” live in fear of injury or sudden death, as well as “the negative impact of social stigmatisation”, the researchers said. 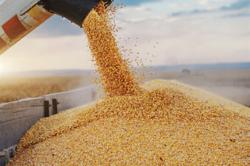 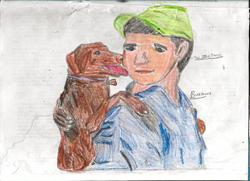 Young professionals quit the rat race to lead agrarian lifestyle
How light pollution speeds up the arrival of spring in cities
Heart and Soul: Cherished mementoes of a top cop
Working from home: Boon or bane?
Here's what Seoul's new, smart '10-minute city' is all about
Shore leave critical for physical and mental health of maritime crews
In Mannheim, Germany, letter-shaped buildings help to revitalise a neighbourhood
Guys, it's time to open up and talk
Eating healthy isn’t just for the wealthy – the trick is to eat at home
Dear Thelma: I'm worried about my adult son's financial future and relationships