Old coffee grounds are ideal for growing edible mushrooms from spores that are easy to find online. — dpa

Coffee grounds have much too good left in them just to be dumped in the bin. It appears that countless people have come to the same conclusion and are putting their coffee leftovers to better use with the help of mushroom spores ordered online.

Gardening experts have long spoken of the benefits of coffee grounds as fertiliser or pesticide, but only now during the pandemic is its use in growing mushrooms becoming common knowledge.

Photos of homemade mushrooms are, well, mushrooming on social media and what was previously more of a niche hobby, is fast becoming the latest lockdown food trend after sourdough bread and homemade pasta.

Meanwhile gardening and DIY magazines have been busy giving tips.

For anyone keen to set up their own home mushroom farm, here’s how it works: You order a ready-to-use mushroom packet online and can then grow the mushrooms directly from the bag using the grounds left over from your espresso or filter coffee.

Cultivators essentially only need sprinkle some of the grains of mushroom spores onto their grounds and some lime to provide the necessary calcium.

Experts say proper hygiene is important, especially for the home kits with coffee grounds, as you don’t want the wrong kinds of fungus – in other words, mould – growing out of old coffee.

Ralph Haydl, from the city of Nuremberg in Germany, says he has been selling mushroom kits for a few years now with which people can grow particularly beautiful kinds like golden and pink oyster mushrooms.

During the pandemic, orders increased significantly, he says. Stefan Hawlik, another seller of mushrooms for home cultivation reports the same trend. For several years now, he says, his company’s turnover has been growing strongly – in 2020, even more so than before.

“Corona has accelerated the whole thing, ” says Hawlik, forecasting even more widespread cultivation at home in the coming years.

Those of us who throw coffee grounds away on a daily basis should know that mushrooms aren’t the only way to make use of them.

A sprinkling in your potting soil should keep pests away and even ward off snails. The same applies to moles. Earthworms, on the other hand, are lured to compost heaps by the coffee grounds where they help the composting process.

Coffee is also a great fertiliser. It can be mixed directly into the soil or spread on the flowerbed. Or it can be added to compost. There it rots with other green waste to create valuable fertiliser and soil. – dpa 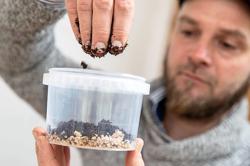 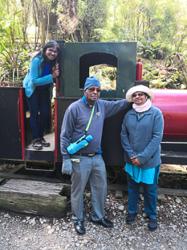 Heart and Soul: Absence makes the heart grow fonder
Heart and Soul: This kopitiam was Kampar's social centre in the 1960s
Help, I’m still afraid of the dark: Embracing the night for adults
Whether you like DIY or not, everyone needs these tools at home
James Dean: Life in the fast lane
How air quality is a major concern for cities around the world
#Star50: A look at Star Media Group's social initiatives as it celebrates its 50th anniversary this year
Is escaping the rat race a step back for your career?
5 things you can do at home to reduce your carbon footprint
Malaysian urban dwellers 'reclaim' city land, one garden at a time