5 effective homemade fertilisers for your garden

Rice water makes a good natural fertiliser for plants. Even better, leave it overnight to ferment before using it in your garden. Photo: 123rf.com

Rice water is the easiest of all and, at zero cost, is a fantastic fertiliser for almost all types of plants. To improve on it, says Kuan, let the rice water sit in a pail or bowl overnight, after which it will bubble a bit as it generates microbial activity.

“It will start to smell a little due to the fermentation process, but that’s actually good. Overnight rice water will generate colonies of bacteria inside, which will then fertilise the soil. They will work on organic material inside the soil and break it down so that it can be absorbed by the soil.”

For those who bake, or cook pan mee, you will tend to get flour stuck between your fingers. Instead of washing away the flour, dip your hand in some water. The next day, the water will become slightly smelly, which is another microbial mix that you can pour into the soil.

“None of this is actually feeding the plant, but feeding bacteria into the soil, and the bacteria are the workers that will produce fertilisers for the plants.

“That’s different from buying a pack of nitrate fertiliser for the plant, as that means feeding the nitrate directly to the plant. If the soil was dead before, it will continue to be dead after your application.

A Korean organic farming method includes using boiled potatoes. Take a small scoop of boiled potatoes – for example, in making mashed potatoes – and dissolve it in a pail of water. Put in a handful of leaf mould – composted dried leaves which contain millions of microbes – into the water.

“Some people will also add a bit of sea salt. After three days, the mixture will be bubbling due to the bacterial activity. Once it reaches its peak, it will stop bubbling and that’s the point when you can use it to water the plants, ” says Kuan, adding that this same method also works with yoghurt instead of potatoes.

Don’t throw away your fish gut just yet. Mix one part fish gut with one part molasses in a container until it is two-thirds full. Then add rain water or unchlorinated water until the container is full before sealing it. After three to six months, it will turn into a highly nutritious and effective fertiliser.

“This is known as an anaerobic fermentation process. Fish comes with a host of microbes and also various minerals from the sea, ” says Kuan.

Dilute milk that has gone bad with some water to reduce the acidity and water the soil. That makes a good fertiliser too. 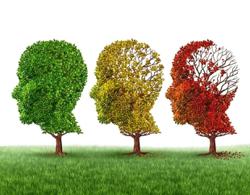