28, Golf Club Road, Ipoh, holds many wonderful memories for the writer. Unfortunately, it is now abandoned and dilapidated, and in need of restoration. — Rafique Sher Mohamed

Do you have any real-life, heart-warming stories to share with readers? E-mail them to star2.heart@thestar.com.my. We’d love to hear from you. Keep your story within 900 words.

What is it about old colonial buildings or bungalows that make them so interesting and charming?

These treasured gems are valued because they are a reminder and reflection of a nation's rich historical past, cultural heritage and architectural history.

During a recent trip down memory lane to Ipoh with my family, I drove to the wonderful house we had lived in – 28, Golf Club Road, Ipoh – located in a quaint suburb where much has remained unchanged.

We were shocked to see that the old august house was now abandoned and dilapidated. The thought crossed my mind that it was going to be demolished soon (heaven forbid!).

This lovely, old grand dame which has housed prominent residents, and served as the administrative centre of Tenby International School, is a significant and imposing structure that has drawn architects to gawk at it. It is a reminder to the local folk and tourists alike that it is part of the community's past.

In view of the deteriorating condition of the building, the authorities are urged to preserve and restore this grand bungalow to its original unique character, to ensure its timelessness.

Our happiness at recollecting fond and unforgettable memories of our growing up years in this colonial abode, was dampened. Standing outside the now fenced up premises, nostalgia crept in instantly. My memories were evoked, bringing me back in time to when I was a young lad, to those happy and carefree days, the best years of our lives from 1958 to 1963.

It was the era of hip-swivelling Elvis and I could hear his songs – Young Dreams, Such A Night, Treat Me Nice, All Shook Up and more –rocking from the walls of the house. What an impact the king of rock 'n' roll's movies and music had in our home. Friends dropped in often to borrow Elvis's records, both the 45rpm and the long-playing version. I recalled humming to the tune of Good Luck Charm as I cycled to school, and combing my hair to ensure the Elvis-style "curry puff" was in place. The writer's sisters in their matching dresses, posing with the family Holden. — Rafique Sher Mohamed

Memories flashed back to all the birthday parties that were held and the beautiful matching dresses my younger sisters wore, specially tailored by mother. We had great times playing a host of creative children's games that cost absolutely nothing, including rolling a bicycle wheel with a stick, kaunda kaundi, batu selambut/batu seremban, games with saga seeds and rubber bands, etc.

We climbed trees and cycled around, exploring places, including the graveyards close by. The great outdoors, a racing turf club/golf course right across the road from the house, served as an extended playground where we organised picnics and played golf with hockey sticks and enjoyed sliding down the slopes using straw mats.

After a heavy downpour, we enjoyed the flooded low grounds. I collected golf balls that landed in our compound. I also confused and exasperated many British golfers by moving the flag stick in the putting green so the balls landed further away from the hole, and sometimes running away with the balls!

On the large lawns of the house, we organised sports days. And when relatives stayed overnight, we made camp at night and had food packed by mum.

When the horse races started, we would all be fired up to watch the races at close proximity. What an unforgettable sight it was to see the excited and nervous horses with their jockeys getting slotted into their respective starting positions.

We made paper airplanes and flung them out of the upstairs windows and were thrilled to see them flying gracefully in the wind.

We did not know the meaning of fear in this home until we watched Horror Of Dracula; after that, many of our night-time activities were toned down. At bedtime, we were terrified even with the blankets covering our heads!

My antics almost got the better of me on one occasion when I almost got electrocuted. After failing to get matches from the domestic help (under orders from my parents), I decided to light the metal sparklers on the red hot electric stove, with my sisters waiting in turn. Each time I did that, I received a jolt that hurt and I thought I was being pushed by my sisters. After a couple of painful attempts, I gave up and went back to trapping birds – with a trail of rice leading to a box raised on a stick tied to a long string which I held as I hid close by. Regrettably, the birds were quicker on the draw. Even the domestic chickens did not get trapped!

There was plenty of time to enjoy the British comics The Beezer And Topper, The Beano And Dandy, the comics depicting war stories and westerns, e.g. The Kansas Kid, the great American Classics Illustrated comics, e.g. The Buccaneer and my favourite, The Phantom comics. Being an ardent fan, I cycled all the way to town to buy the Phantom rings.

How could I forget the adventures I had with the Burns, the English kids who were my neighbours, our trip to the ruins of Kellie's Castle and their pet otter that they kept cool in their bath tub.

It was in this house that father carried my big sister, when she had sprained her ankle, to see the beautiful Gul Bakawali flower that bloomed during the night.

I could go on and on recollecting cherished memories of our lives spent at this grand old dame. We have lived in many houses but this one has rubbed off on us in a very unique and loving way. I don't know what it is about this magical house that continues to beckon us through the years, first with our parents, then our spouses, our kids and now with our grandchildren. I guess it must have been the freedom and peace we enjoyed, the wide open spaces to explore, and the friends we had to enjoy life with in this wonderful and tranquil city of Ipoh.
Article type: metered
User Type: anonymous web
User Status:
Campaign ID: 46
Cxense type: free
User access status: 3

Opening the doors to kampung life 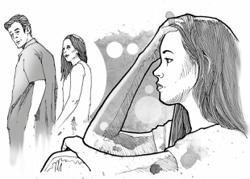