The landing of the British Indian Army on Morib beach during the Japanese Occupation should go down in the annals of Malaysian history. — Royal Engineers Journal

The covert operation was part of the British Army's Operation Zipper to invade either Port Swettenham (now Port Klang) or Port Dickson during the Japanese Occupation.

Seventy-five years on, and people still remember this historical event. On Sept 9, the Malaysian Indian Veterans Armed Forces Malaysian Association (MIVAFMA) held a memorial remembrance ceremony to honour the sacrifices of the British Indian Army during the Second World War. Due to the Covid-19 pandemic, the 75th anniversary of the British Indian Army's landing in Morib was kept low-key. — JACOB MATHEWS

Due to the Covid-19 pandemic, MIVAFMA kept the event small, with 150 people in attendance, said Banting-based retired teacher Jacob Mathews, 77.

"The memorial has been organised annually since 2010. It started with speeches, laying of wreaths in honour of the soldiers and followed by a bugle call of The Last Post," said Mathews in an email interview.
He added it is vital to commemorate this event that should go down in the annals of Malaysian history. The Morib Beach World War II Monument is a tribute to thousands of British Indian Army soldiers who gave their lives to fight the Japanese Army in Malaya.

"Thousands of Indian army personnel left their homes and loved ones back in India to face the Japanese Army, not knowing if they would live to return home. Many of us born in this area, including our parents, could not have survived if not for the sacrifices of the brave soldiers."

Mathews is no stranger to Morib's memorial day ceremonies. He is instrumental in re-establishing the Morib Beach World War II Monument in 1998, after the first monument, erected in 1947, was destroyed. Based on research, Morib was the perfect spot for the landing due to its secluded location and coastal sandy beaches, said Mathews.

"Before the landing, the British Army surveyed the coast from Morib to Bagan Lalang and noted its shallow waters and sandy beaches. They found these conditions ideal for the army to land and walk across. Soldiers could drive vehicles onboard the battleships to the shore quickly."

The soldiers' main aim was to go to Port Swettenham to control that area as well as a small flight landing area at Kelanang Estate in Banting. Besides Morib, Port Dickson was also used for smaller landing groups.

Mathews was a toddler when Operation Zipper took place along Morib's seashore. His father, clerk P.C. Mathews, had witnessed the landings on Malayan soil and had stepped forward to help some of the soldiers.

"My late father went through the jungle to the seaside area and invited some of the soldiers home. My parents fed them at the risk to their lives. My father also helped to obtain medicine from the landed medical personnel for those who had malaria.

'When I was growing up, my father used to tell me stories of how human heads were chopped off by Japanese soldiers and put up on sticks planted along the coastal red earth roads. I will never forget those stories," said the grandfather of 11.

Stories of the harsh life during the Japanese Occupation, and how people survived on tapioca and sweet potatoes to avoid starvation, may seem surreal, especially since Malaysia has gained independence for 63 years now.

Still, Mathews thinks it is essential for future generations to remember Malaysia's past.

"Many youths aren't aware of this historical event because the earlier generations did not take the trouble to brief the next generation, leading to the present situation.

"Plus, many present-day history books do not contain information like what students from my generation learned in history books in the 1950s and 60s. Currently, many textbooks have been published with minimal references to the facts.

"Pupils should visit museums, national arcades and places of historical significance to have a better understanding of Malaysian history," he concluded. 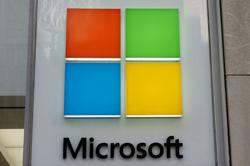